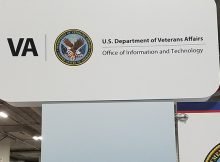 A big appointment scheduling contract between the U.S. Department of Veterans Affairs and Epic that’s been up in the air in recent years may soon be resolved – and may go instead to rival Cerner, which is overseeing the VA’s larger electronic health record modernization project.

WHY IT MATTERS
The Medical Appointment Scheduling System, based on Epic’s Cadence software, has already gone live, reportedly under budget, at a VA facility in Ohio.

But Cerner’s contract wins at the VA have changed the calculus for how the project might expand and move forward – and which company will maintain the scheduling platform.

THE LARGER TREND
The five-year $624 million MASS contract was first awarded to Epic and Lockheed Martin in 2015 – two years before Cerner had scored the massive $10 billion no-bid deal for a new EHR at the VA.

In 2016, the contract was put on hold while the VA experimented to see if the project could be accomplished with some of its own homegrown VistA software, but by 2017 the agency announced it would move forward with Epic for the scheduling technology.

But even then there were doubts about the future trajectory of the deal, given the size and scope of Cerner’s other commitments at the VA, and in 2018 the department hinted that it might scrap the deal.

ON THE RECORD
In a letter to VA officials earlier this month, Rep. Jim Banks, R-Indiana, chairman of the House VA Subcommittee on Technology Modernization, called on the department to make a decision on the MASS project soon – and outlined the questions he wants answered to ensure the choice is an informed one.

“Without a doubt, scheduling is one of the most archaic VistA modules,” he wrote. “These scheduling inefficiencies and a serious lack of internal controls created the environment resulting in the veteran wait list crisis.”

Banks noted the apparent success of the MASS pilot in Columbus, Ohio, but also acknowledged “that VA’s preference is to implement the Cerner Millennium scheduling package, because it has either already been purchased or a commitment has been made to purchase it.”

He also said it was “extremely frustrating” that earlier VA leaders had awarded MASS contract to Epic but “stopped and started it repeatedly.” Had the Cadence implementation been allowed to roll out unimpeded, “it could have been nearly complete by now,” said Banks.

Still, he said, he was “encouraged that VA will soon decide on a final course of action.” But as VA weighs whether to go with Cerner instead, Banks offered a list of questions he wanted answered beforehand:

“Regardless of the decision, I encourage you to retain Epic Cadence in Columbus, Ohio over the medium term,” Banks added. “Time and money have already been invested to implement it, and by all accounts it is functioning well.”

Healthcare IT News is a publication of HIMSS Media.