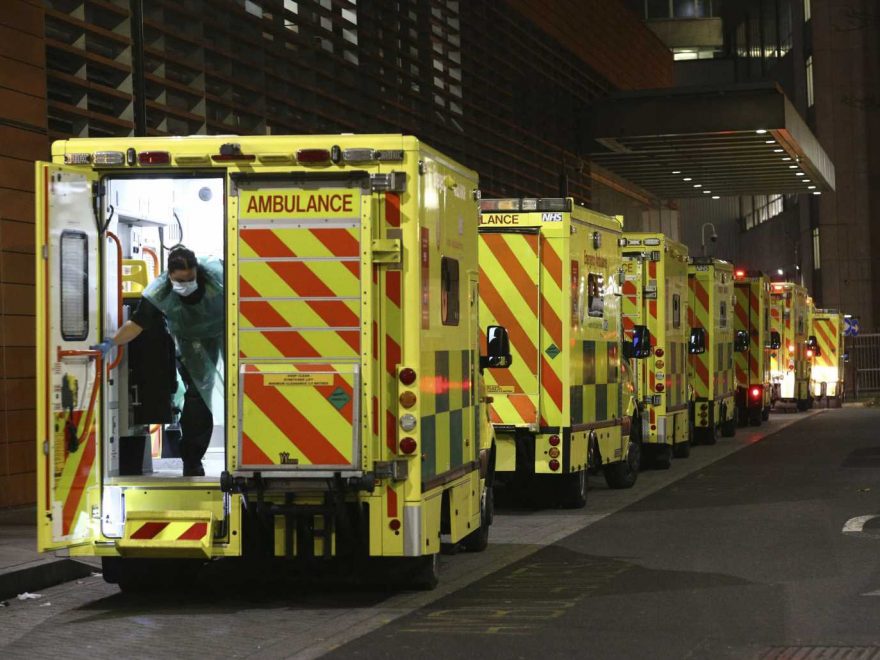 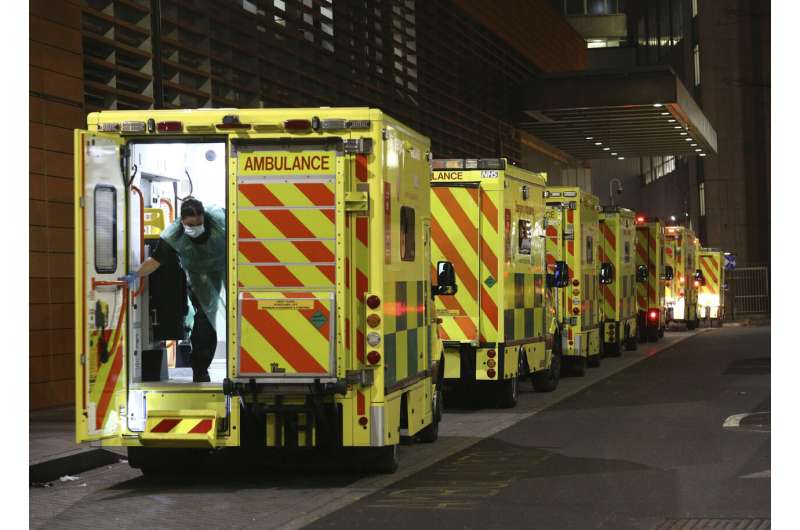 Britain’s coronavirus vaccine program will operate around the clock seven days a week “as soon as we can,” Prime Minister Boris Johnson pledged Wednesday as the U.K. accelerates efforts to inoculate millions of its most vulnerable people against coronavirus.

Johnson said “at the moment, the limit is on supply” of the vaccines rather than on the ability of the country’s health service to deliver jabs quickly. The push to inoculate millions quickly comes as a more contagious variant of COVID-19 is sweeping across Britain and driving hospitals to their breaking points.

The U.K. is already under an indefinite national lockdown to curb the spread of the new variant, with nonessential shops, gyms and hairdressers closed, most people working from home and schools largely offering remote learning. But some are calling for even tougher measures.

Scotland’s First Minister Nicola Sturgeon tightened restrictions Wednesday, barring the consumption of alcohol outdoors and barring the public from going inside a business to collect takeaways.

The U.K. government has set a goal of delivering the first vaccine dose to everyone over 70, as well as frontline health care workers, nursing home residents and anyone whose health makes them especially vulnerable to the virus, by the middle of February. That’s more than 15 million people. 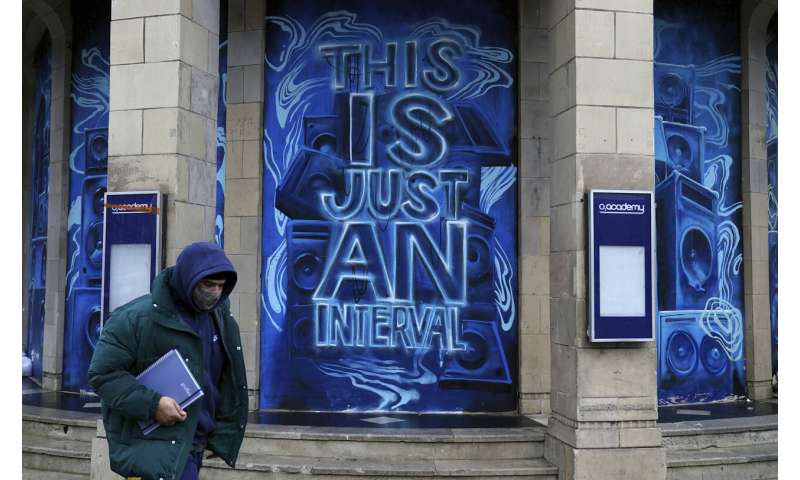 Vaccinations will be given at hundreds of doctors’ offices and community pharmacies, 50 mass vaccination sites at convention centers and sports stadiums, as well as at 223 hospitals.

Britain is already using COVID-19 vaccines from Pfizer-BioNTech and Oxford-AstraZeneca and has approved one made by Moderna, but that one is not expected to be delivered until spring.

But the pace of vaccinations remains a constant source of discussion.

Johnson’s comments came as his vaccines minister, Nadhim Zahawi, testified before a parliamentary committee that the government now had “line of sight” of deliveries to the end of February but sidestepped questions about week-by-week vaccine deliveries.

“In any manufacturing process, especially one where you’re dealing with a biological compound, a novel vaccine, is lumpy at the outset,” he told the Commons Science and Technology Committee. “There’s no doubt that it was, but getting better. … We have millions of doses coming through in the weeks and then next month and the month after.” 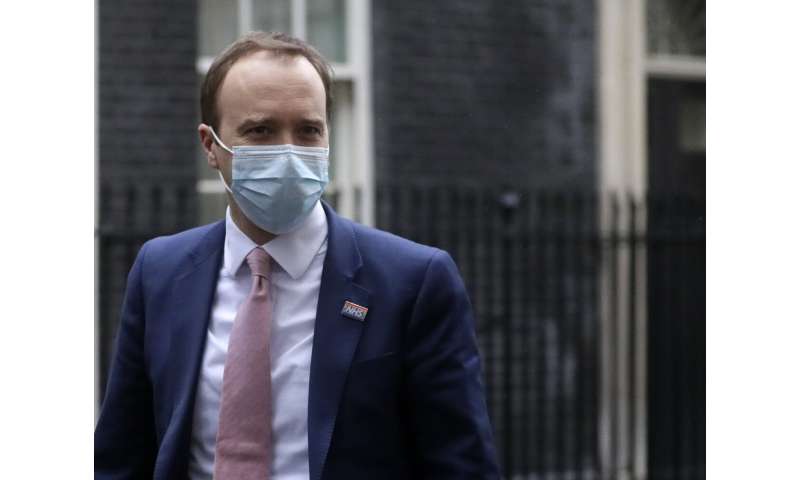 The challenge, Zahawi said, was not just getting vaccine shots into people’s arms, but the difficulty of reaching vulnerable people. Greater daily volumes of inoculations could be achieved if specific groups weren’t targeted, he said.

In a reflection of the frantic demand, Mene Pangalos, executive vice president of biopharmaceuticals research and development at AstraZeneca, asked the committee to help gain permission for people working in the vaccine process to get priority for the COVID-19 shots.

“One of the things that I’m worried about is actually maintaining a continuous supply and work on this vaccine,” he said as he appealed for workers to be immunized. “If you have an outbreak at one of the centers—which we’ve had actually—or in one of the groups in Oxford working on new variants, or the people that are working on the regulatory files, everything stops.”

On the timing front, the government is desperately trying to protect people with vaccines before hospitals are overwhelmed with cases of the new, more infections virus variant. Britain already has Europe’s deadliest coronavirus outbreak, with over 83,000 deaths. 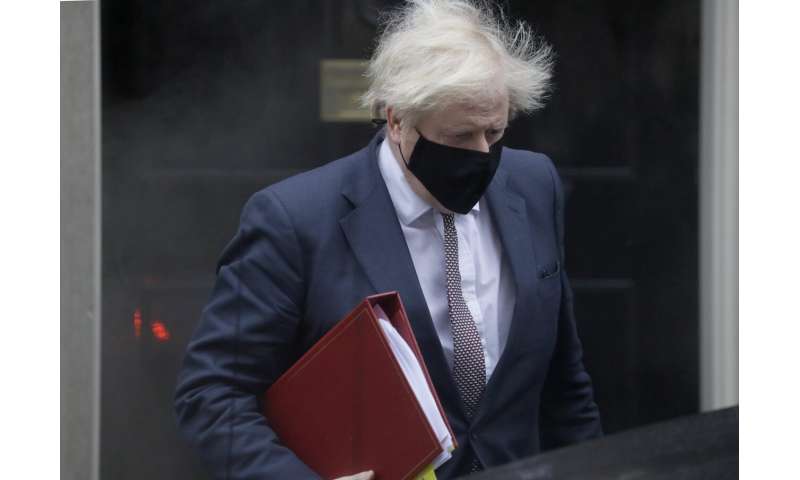 Health Secretary Matt Hancock said Wednesday that the National Health Service was looking at ways to reduce the strain on hospitals, including moving patients to hotels when appropriate.