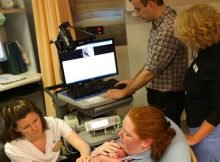 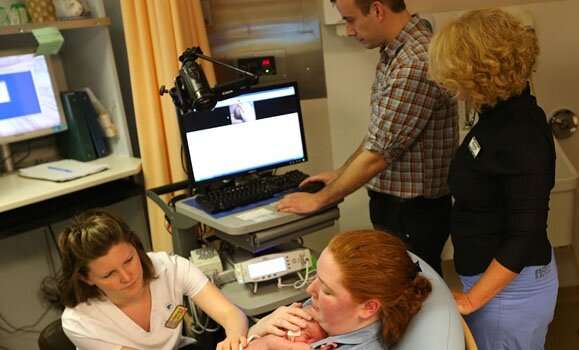 There’s a term used to describe the constellation of symptoms that can arise in newborns exposed to opioids during gestation: Neonatal Abstinence Syndrome (NAS). And incidents of NAS, which can include jitteriness and diarrhea, are on the rise—more than tripling in Canada between 2003 and 2014.

A team of researchers from Dal’s Faculty of Health are working to better understand NAS and how it’s treated.

Their new study, published in the Journal of the American Medical Association: Pediatrics, examines the use of drug therapy to treat newborns for NAS and its effect on the length of treatment and hospital stay.

The study analyzed combined results from 18 randomized clinical trials that included morphine and other medications to treat newborns for NAS.

“As a clinician caring for babies with NAS, I think the most surprising finding of this study was that morphine, current standard of care in most centres, performed so poorly both with respect to overall treatment exposure and length of hospital stays,” says senior author Dr. Marsha Campbell-Yeo, associate professor, who co-authored the paper with third-year Ph.D. (Nursing) student Tim Disher.

“Our findings would suggest that buprenorphine is likely the most favourable pharmacological treatment for this population with respect to the overall treatment exposure and length of hospital stay without evidence for immediate harm,” she continues.

However, given limitations of the number, size and quality of the studies available to be included, the authors caution against an immediate large-scale practice pharmacological treatment change at this time.

“We can’t give conclusive suggestions either way on the drug front just yet. Before clinicians start worrying about morphine vs methadone vs clonidine we encourage them to make sure they have the fundamentals in place. Pharmacological treatment is only one piece of a very complex puzzle,” says first author Disher.

The co-authors suggest that current best practice should include fundamentals in care to ensure all attempts to allow opportunities to keep mothers and babies at risk for NAS together rather than separating them following birth and that breastfeeding is encouraged. They also suggest, if pharmacological management is indicated due to severity of symptoms, that consistent use of standardized assessment and treatment management and weaning algorithms are used to minimize exposure to pharmacological agents.

“Care facilities should provide opportunities to keep mothers and babies at risk for NAS together rather than separating them following birth, encouraging skin-to-skin contact, breastfeeding and minimizing excessive environmental stimulation to reduce the need for pharmacological management,” says Dr. Campbell-Yeo.

The authors also suggested minimizing the severity of NAS, as well as long term risk to the children affected by NAS, through using a collaborative, team approach with nurses and social workers during both antenatal and post partum period for these mothers.

“Of course, NAS is part of a broader social issue. We would be remiss not to mention that ongoing efforts to support child bearing women to reduce use of opioids and other substances during pregnancy to are a key part to reducing harm and incidence of NAS,” says Dr. Campbell-Yeo.

With respect to pharmacological management, the authors feel their findings support the urgent need for a large, multi-site trial examining buprenorphine in this population. In the interim, another way to help determine best practice would be through the use of large-scale neonatal networks so other clinicians have access to a network of colleagues that has experience with drugs other than morphine.