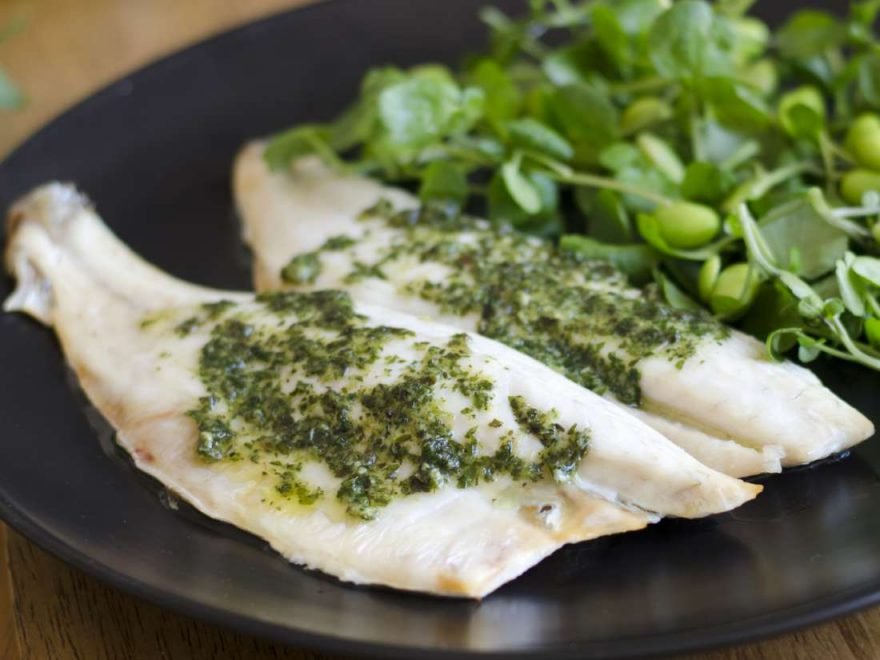 Pregnancy affects the immune system, which may make some women more susceptible to infection. Many foods carry bacteria or other infectious germs that may cause problems during pregnancy. Even in cases where the pregnant woman does not feel sick, some of these germs may still affect the fetus.

Though many people see fish as a good, clean source of protein and nutrients, such as fatty acids, the type of fish a pregnant person eats is very important.

Some fish tend to be high in mercury, which is very toxic and cause problems for both the pregnant parent and the fetus.

According to the U.S. Department of Health & Human Services (USDHHS), pregnant women should avoid the following fish:

They also recommend avoiding all raw or undercooked fish, such as from sushi or sashimi. Uncooked fish may contain parasites or harmful bacteria. Cook all fish to 145℉.

However, many fish are still safe to eat while pregnant. As the U.S. Food and Drug Administration (FDA) note, some fish contain lower levels of mercury, including:

These fish choices can help provide helpful nutrients, and the FDA recommend eating two to three servings of these fish each week.

The Centers for Disease Control and Prevention (CDC) note that any alcohol in the woman’s blood passes to the fetus through the umbilical cord. This may cause a range of physical or mental developmental issues.

Most doctors will advise pregnant women to avoid alcohol.

While pregnant, it is best to avoid all raw seafood, especially raw shellfish. The USDHHS food safety website notes that raw shellfish, such as oysters, crab, and clams, may be a potential source of Vibrio bacteria, which can cause cholera and other infections. Cook all shellfish to 145 °F.

These infections may cause loss of water and electrolytes in the body, which can be severe and potentially fatal. They may also cause a change in the immune system that puts the child’s health at risk.

A study in the International Journal of Infectious Diseases reports that there is a link between abnormal changes in the immune system during pregnancy and other issues, such as poor fetal growth, preterm birth, and preeclampsia.

Some types of meat could harbor the potentially dangerous Listeria bacteria.

According to the CDC, Listeria infections may be particularly dangerous for pregnant women and newborns. Listeria can also lead to miscarriage.

To avoid contracting Listeria, cook all meat to 165℉ before eating it. This includes all meats that a person would normally eat cold, such as sliced meats from a deli.

This may be more difficult for cured meats, such as Serrano ham, pepperoni, or pancetta, so it may be best to avoid these meats.

Raw or undercooked greens and sprouts

Greens and sprouts are generally great foods to add to the diet as they contain large amounts of fiber and nutrients. However, some greens or sprouts may contain bacteria, such as Salmonella or E. coli, which can cause infection.

A study in the Clinical Microbiology and Infection notes that bacterial infections of the blood, of which E. coli infections are among the most common types, are potentially fatal during pregnancy. It is essential to avoid E. coli while pregnant.

The CDC note that E. coli infections are hard to pin down because they can derive from many different sources.

An E. coli infection can cause a variety of problems, including food poisoning, urinary tract infections, and respiratory illness.

About 20 percent of E. coli infections are due to contaminated foods, which may include greens and sprouts.

Avoid raw or undercooked sprouts, such as:

Always use fresh, new sprouts and cook them thoroughly before eating them.

The USDHHS also warn against eating salads made in a store deli. Be wary if the salad contains ingredients that may carry bacteria, such as ham, chicken, or seafood.

Eggs are a simple source of protein and nutrients, but undercooked or raw eggs may contain Salmonella bacteria. The CDC note that a Salmonella infection typically lasts about a week, though it may be more serious in people with compromised immune systems and very young children.

Pregnant women can prevent infection by avoiding sources of raw or undercooked eggs, such as:

When buying eggs, choose pasteurized eggs. The pasteurization process kills all bacteria in the egg, reducing the risk of infection. Always check the labels of store-bought products containing egg to check for pasteurization. Cook all eggs and products that contain eggs to 160 ℉.

While some people can enjoy a small amount of caffeine during pregnancy, doctors often recommend that pregnant women avoid it completely because caffeine can pass to the fetus.

A fetus is unable to break down caffeine, which can cause problems.

As a 2016 study in Public Health Nutrition notes, pregnant women who consume higher levels of caffeine may run the risk of pregnancy loss, though the research is still inconclusive.

These bacteria can cause severe infections in pregnant women, especially if their immune system is already stressed. Always drink pasteurized milk and check the labels of any milk-containing foods to confirm this.

Though there are some restrictions to the diet while pregnant, these restrictions help to ensure the health of both woman and child.

As pregnancy causes many changes in the body, doctors may recommend individual dietary options.

By working with a doctor or nutritionist, most people can find a diet plan that helps them avoid problematic foods during pregnancy.