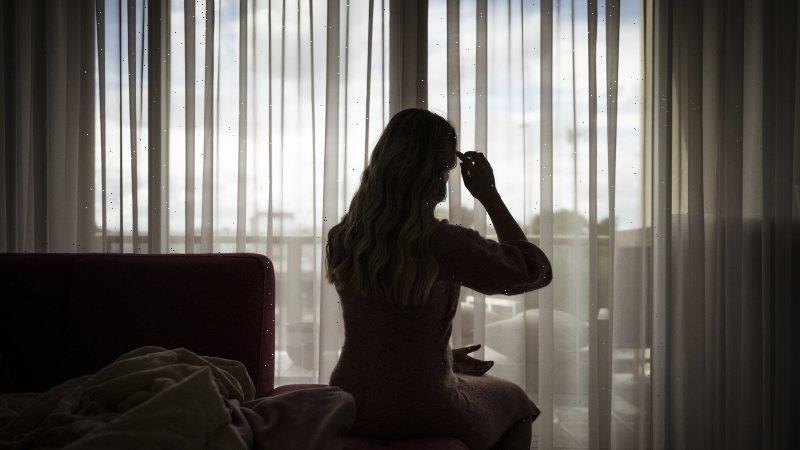 When Victorian woman Nina decided to have a baby by herself, she ran into a problem. There’s not enough sperm to go around. Specifically, not enough Caucasian sperm.

“Prior to the pandemic, a friend who went through the same clinic as me said that the options were so extensive that they could match their donor to her husband so closely – from their Caucasian ethnicity, through to hair and eye colour, height and weight, even down to their occupation,” she said. 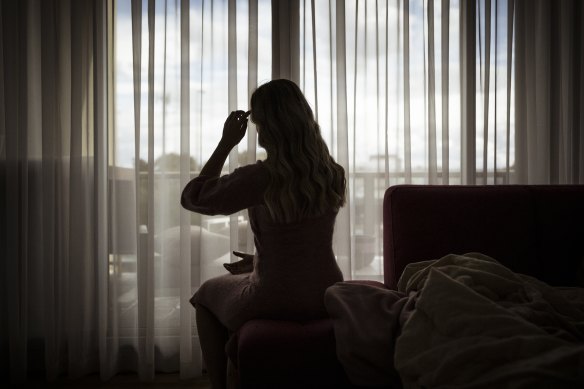 This Melbourne woman, 39, has been told there is a long wait to get sperm at the IVF clinic she is using.Credit:Chris Hopkins

Nina, who asked to remain anonymous because she is still waiting for an IVF clinic to help her, said when she reached the top of the waitlist and was granted access to the donor profiles, she was confused to see there were no donors matching her Caucasian background.

“I actually thought I had been put on the wrong list and emailed the clinic,” she says. “But I was told that their supply of donor sperm had been severely impacted by the pandemic and that there are currently limited donors. After this I was disheartened and concerned that I wouldn’t find a match.”

“The demand that we see for different sperm donor ethnicities replicates the ethnic representation of the Australian population,” she says. Unfortunately, the availability of Caucasian donor sperm is not meeting demand in Victoria– with each of the women spoken to for this article either unable to find Caucasian donors statewide or hearing of women struggling to find them.

This situation is extremely problematic, believes Professor Fiona Kelly, Dean of the La Trobe Law School. Some women want to match their child’s ethnicity to their infertile husband’s, while others feel they lack the skills to raise a child of a different race.

“To raise a child who is mixed race requires you to have all sort of skills around supporting them and this child is already in an unusual family circumstance, it’s not an ideal scenario, and a lot of women don’t feel able to support a child when they don’t share that same ethnic background and experience,” Kelly says.

Throughout the COVID-19 pandemic Victorian sperm donations plummeted. One IVF clinic reported a 90 per cent drop in sperm donor inquiries.

Kelly believes there are additional mitigating factors contributing to the shortage.

“Victoria has actually seen an increase in sperm donors over the past decade, but the demand has increased at a much more rapid rate, driven in particular by the huge increase in single women seeking donor sperm … supply is not able to keep up with demand,” she says.

Victoria’s donor conception legislation, the longest and most comprehensive of the states, may also impact the number of non-locally sourced sperm donors being used.

“While Victoria’s local donation numbers are no different from other states … Victoria’s laws, which are designed to protect the interests of donor-conceived children, can make importing sperm into the state a more challenging task,” Kelly explains.

Nina wasn’t alone. Other women who have found pursuing donations via IVF clinics too hard or the wait too long have pursued other routes to fulfil their dream of a family. That includes seeking to source a sperm donor privately or via social media groups, whose unregulated systems can lead to other, sometimes dangerous outcomes (such as sexually transmitted diseases).

After five weeks of access and checking daily, Nina says she only saw four Caucasian donors appear on the list.

“In one 24-hour period two Caucasian donors came up with 14 allocations available between them. I looked at their profiles and decided to think on it overnight only to discover when I logged back in the next day that one donor had already had all of his selected and that there was only one allocation left for the other,” she says.

“I feel like you’ve just got to pick straight away, like it’s an end of the world situation – ‘who is left on the island’ sort of thing.”

“I feel like you’ve just got to pick straight away, like it’s an end of the world situation – ‘who is left on the island’ sort of thing. You wouldn’t pick your life partner this way, so why would you choose the donor of your child this way?”

However, Cattrall says there is sperm available.

“Currently we have a selection of sperm donor profiles available at Melbourne IVF, but demand for donor sperm continues to increase. For some women and couples, depending on their desired donor profile, selecting a donor can mean waiting longer for their preferred donor than others,” she says.

This wait has just been extended even further for a 38-year-old woman, who has already been on the waitlist at a Melbourne IVF clinic for three months and has asked to remain anonymous because she is still hoping for a good result.

“My last email from them [in late August] said I still had another two to three weeks to wait. It is a long process and I’m getting to my wit’s end,” she says. Much of this feeling has to do with the knowledge that, like many women in similar situations, time is of the essence.

“Your biological clock gets very loud … I don’t want to miss out on being a mum,” she says.

This is also the reality for a 39-year-old woman who began looking into the sperm donation process late last year.

“The waits were about nine to 12 months. One clinic even had a waitlist to get onto the waitlist of around six months,” she says.

She took time off work and travelled in a bid to get pregnant.

“I don’t have a year to wait… In NSW there was no waitlist, so I decided to travel there to undergo the process,” she says.

Kelly says the waitlists are a huge concern for many Victorian women.

“On a daily basis I hear about women being on these waitlists. Anywhere from two to eight months, the longest I heard was nine months to access donors.”

And this time can be critical for women seeking to become pregnant.

“For single women age is a pressing factor … If you wait eight months to access the sperm donor list you have lost eight cycles,” says Kelly.

Dr Sameer Jatkar, fertility specialist at Newlife IVF, says there were two reasons why sperm in Victoria is low.

“I would suggest [that the] severe shortage of suitable donors in Victoria currently … has been exacerbated by COVID lockdowns for two reasons. Firstly, fewer donors were willing to engage in the donor process and physically attend the clinic for investigations and sperm freezing appointments,” he says.

“Secondly, we saw a shift towards family building during the pandemic. The number of donors in relation to the number of recipients requiring a donor is severely skewed, at some points in time up to 45 women looking for a particular donor from a shortlist of under 10.”

Over the 2020-2021 period, CEO of the Victorian Assisted Reproductive Treatment Authority Anna MacLeod has reported a 41 per cent increase in donations “from the previous year”, something that can be attributed to a combination of the easing of COVID-19 restrictions and active sperm donor recruitment campaigns of numerous Victorian IVF clinics.

Monash IVF chief operating officer, Hamish Hamilton says that while “there is no waitlist at Monash IVF in Victoria for patients who need access to local clinically recruited sperm donors for an IVF cycle … those patients who are seeking donor sperm for insemination treatment do need to go on a waiting list due to demand for donor sperm outstripping supply.”

Wait times for these patients vary, with most patients able to be matched with a suitable donor within a few months depending on their individual preferences.

For those like Nina whose fertility was severely impacted by recent chemotherapy, it diminishes already low chances of conceiving.

“Due to my chemotherapy and age, my likelihood of getting pregnant was only 5 per cent last year, now it has reduced to 4.5 per cent,” she says.

Make the most of your health, relationships, fitness and nutrition with our Live Well newsletter. Get it in your inbox every Monday.