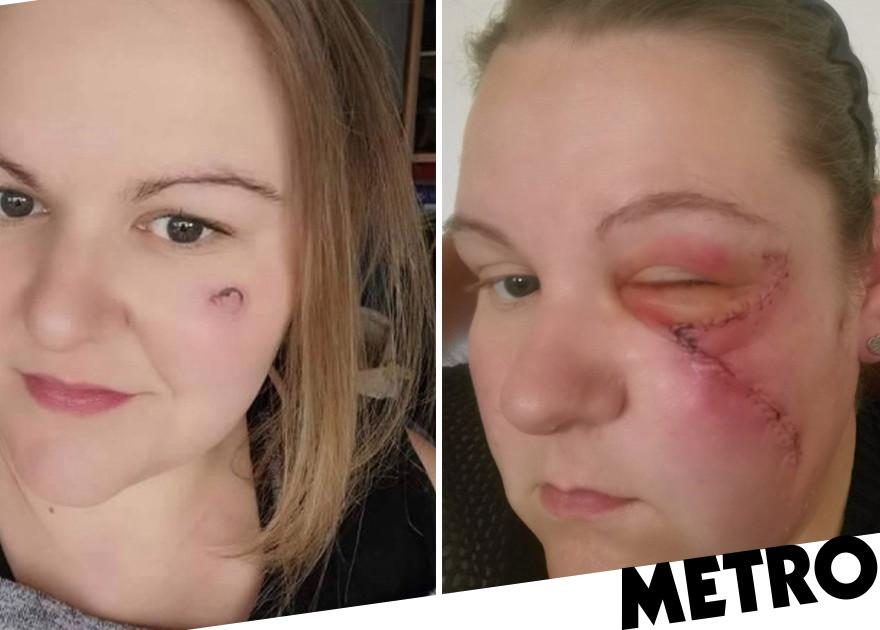 What began as a tiny pimple on 37-year-old Claire Porter’s cheek turned out to be a malignant tumour that required reconstructive surgery.

Administrative manager Claire, from Northumberland, noticed a small whitehead on her cheek in June 2018, which started to grow over the following months.

She visited her GP to get it checked out in January 2019 where she was told it was a small cyst and nothing to worry about.

However in March of the same year, the spot burst while Claire was on holiday in the Lake District.

The area didn’t heal, leaving a ‘crater’ on Claire’s cheek which would crack and bleed every time she washed her face.

Concerned, she tried different over-the-counter creams and treatments, but nothing was working.

This prompted Claire to get a second opinion in September 2019, when she was referred to a dermatologist and in soon after diagnosed with basal cell carcinoma – a type of skin cancer – leaving Claire terrified and fearing for her life.

By the point she had surgery in June this year, the tumour was over an inch wide and dragging her eye down.

Most of her cheek was removed and then reconstructed during a terrifying 40-minute surgery, which she was awake for, and Claire has been left with scarring on her face.

Now, she is cancer-free and sharing her journey on social media support groups and urges others with unusual marks on their skin to get checked out.

Claire is planning to move in with partner Dwight, 36, and continue advocating for early checks of potential tumours.

‘I noticed a tiny whitehead on my cheek two years ago which at first I ignored thinking it would disappear,’ Claire said.