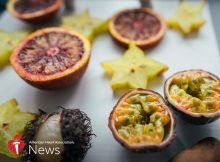 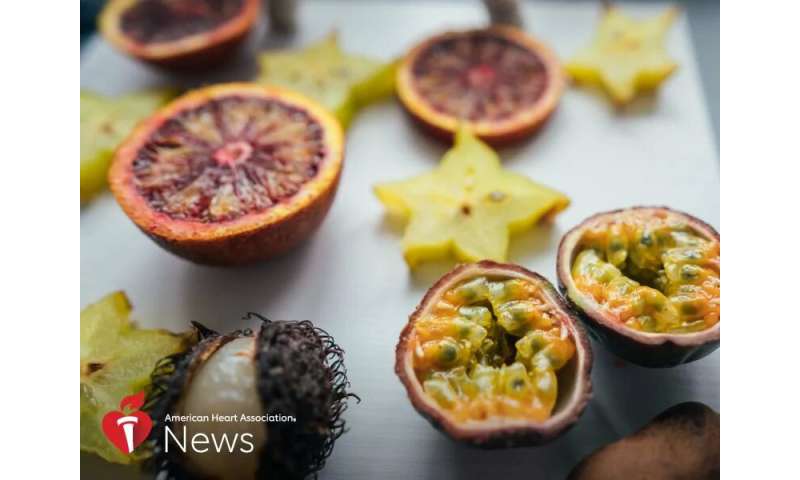 The start of a new year is a ripe time to branch out—and try those fruits and vegetables you may have noticed but keeping passing by at the supermarket.

Perhaps the finger-like appendages of a Buddha’s hand have called out. Or you’ve been curious about that one vegetable you don’t know how to pronounce, much less prepare for consumption.

Go ahead—give it a try. Food experts say diversifying your diet can even help you stick to your weight control plan, if that’s among your New Year’s resolutions.

“More variety helps keep things interesting,” said Jo Ann Carson, a registered dietitian and nutritionist. “And adding interest when it comes to fruits and vegetables, rather than relying on a variety of desserts, will help us stick to keeping healthier items on our plate.”

Carson, a professor of clinical nutrition at UT Southwestern Medical Center in Dallas, said just trying a food we’ve heard about but have never thought to buy can be enough to broaden the palate.

Many people have heard of jicama, for example, but don’t know that peeling it and cutting it into strips can yield a crunchy alternative to chips—one that’s higher in fiber and vitamin C, she said.

Carson said she’s been experimenting lately with spaghetti squash, which has become a popular low-carb, gluten-free alternative to pasta. It’s also easy to prepare; just cut it open and scoop out the spaghetti-like strands after it’s been cooked. Spaghetti squash can be served alone or mixed with more traditional vegetables, which is one way to introduce a new item to picky children—or spouses.

“Bok choy is a fun one, because it’s easily accessible, and it can be pretty inexpensive,” she said of the white Chinese cabbage. “You can get a giant bag of it for a dollar, and it’s very versatile. I love it roasted. Or you can sauté it, which is more traditional.”

Bok choy also provides various vitamins and a fair amount of calcium, said Majumdar, a spokeswoman for the Academy of Nutrition and Dietetics.

“We don’t always think that vegetables can be a source of calcium, but (bok choy) can give us 160 milligrams for one cup, which is about the same as yogurt,” she said.

The growth of international grocers and supermarkets throughout the country has made it easier for people interested in exploring new food to peek at items used in other cultures. The bitter melon, for example, is not widely used in the United States but it is a common vegetable in Indian cuisine, said Majumdar, whose husband’s family is Indian.

Sometimes called karela, the vegetable doesn’t look like a melon but rather a cucumber with a thicker, pebbly skin.

Learning how to cook or use new foods has become easier now that most people have internet access at their fingertips, even at the grocery store, said Penny Kris-Etherton, a distinguished professor of nutrition at Penn State University.

“Sometimes, you’ll see things at a ‘deluxe’ grocery store and think, ‘OK, what can I do with this?'” she said. “Now you can look that up on the spot and get ideas.”

For people hesitant to stray too far from the norm, Kris-Etherton suggests making small changes.

“Take something really familiar to them, like salad, and try some unique greens. For peppery flavor, try arugula or watercress, even if it’s just a few leaves,” she said. “Just something that’s not a mainstream green, like radicchio, chicory, escarole. Even spinach if you’re used to having iceberg.”

She said the same approach can be used with other fruits and vegetables—sample a different variety of apple. Or pick up a purple head of cauliflower or some purple potatoes.