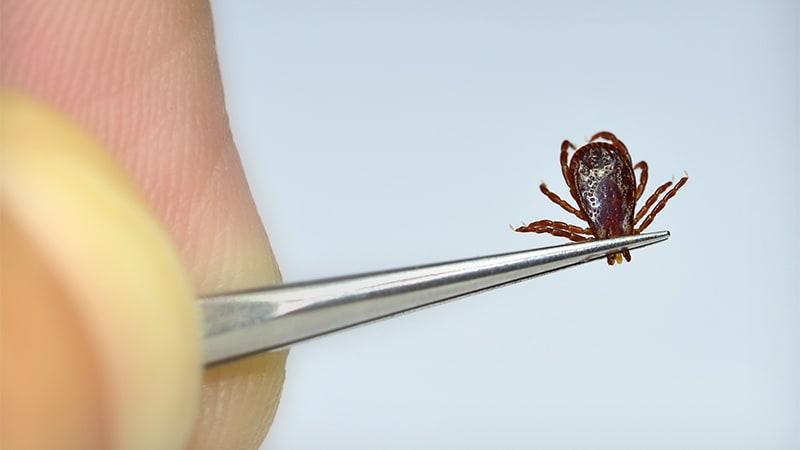 The Heartland virus is circulating in lone star ticks in Georgia, according to a new study published in the journal Emerging Infectious Diseases.

People can get the virus after being bitten by an infected tick, which can lead to hospitalization and death. The virus has also been found among deer and other wild mammals.

“Heartland is an emerging infectious disease that is not well understood,” Gonzalo Vazquez-Prokopec, PhD, the senior study author and an expert in vector-borne diseases at Emory University in Atlanta, said in a statement.

“We’re trying to get ahead of this virus by learning everything that we can about it before it potentially becomes a bigger problem,” he said.

Researchers at Emory and the University of Georgia analyzed virus samples from nearly 10,000 ticks collected in central Georgia. They found that about 1 out of every 2,000 specimens had the Heartland virus, including the adult and nymph stages.

The virus, which was first identified in Missouri in 2009, has been documented in several states across the Southeast and Midwest. There have been more than 50 cases in people from 11 states, according to the CDC, with most cases requiring hospitalization.Most people diagnosed with the disease became sick from May through September, the CDC reported. Symptoms can be a high fever, fatigue, diarrhea, muscle pain, and low counts of white blood cells and platelets. It can take up to 2 weeks for symptoms to appear after a bite from an infected tick.

There are no vaccines or medications to prevent or treat the Heartland virus, according to the CDC. Doctors may be able to provide medications to improve symptoms. Overall, though, experts recommend that people avoid tick bites as much as possible, particularly during “high tick season” between April and September.

“You should be thinking about them almost any time of the year. It’s something that should be on everybody’s mind,” Jonathan Larson, PhD, an extension entomologist at the University of Kentucky, told USA Today.

The CDC recognizes 18 tick-borne diseases in the U.S., including Lyme disease, which has become the most common vector-borne disease in the country. The black-legged tick, also known as the deer tick, typically transmits the bacteria that causes Lyme disease.

But researchers are still studying how the Heartland virus spreads. In the latest study, they found the virus in the lone star tick, which is named for a distinctive white spot on its back and is the most common tick in Georgia. The tick is also widely distributed in wooded areas across the Southeast, Midwest, and Eastern U.S.

The research team will now collect ticks across Georgia for testing to better understand what could raise the risk of getting the Heartland virus.

“We want to start filling in the huge gaps of knowledge of the transmission cycle for Heartland virus,” Vazquez-Prokopec said. “We need to better understand the key actors that transmit the virus and any environmental factors that may help it to persist within different habitats.”