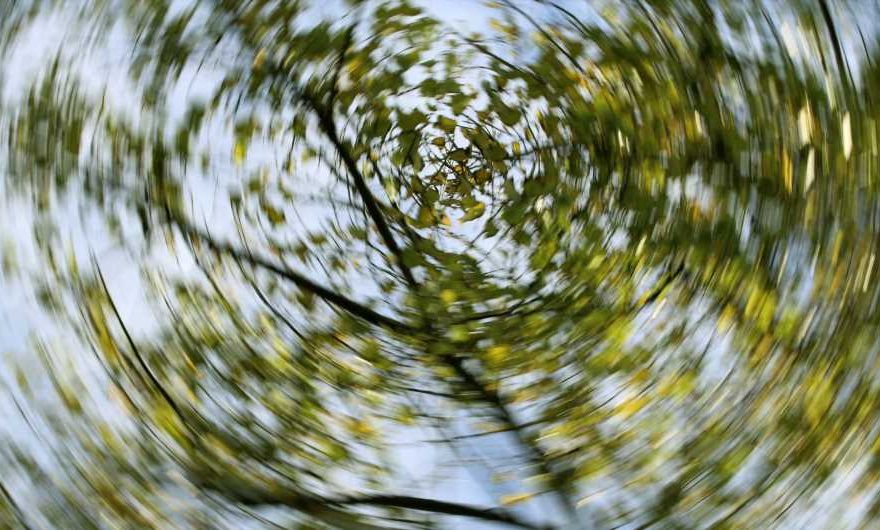 When I woke up to use the bathroom in the wee hours one recent Saturday morning, I knew something was off the moment I stepped out of bed. I couldn’t find my balance, and the room was spinning; it felt like being really drunk, only I was completely sober. I bounced like a ping-pong ball from my bedroom to the bathroom and back again, assuming my mystery affliction would be gone by the time I woke up again.

But come 9 a.m., it was still there. All day Saturday, I held out hope that the dizziness would pass. I went about my regular weekend activities, which regrettably involved taking a boat across a river (not great for my head, I’m afraid). By Sunday, I resigned myself to staying on the couch. As I took stock of my symptoms, I noticed that the spins seemed to get extra spinny—the proper medical term, I believe—whenever I moved my head in any abrupt fashion, such as flopping down onto a pillow. Some cursory Googling suggested I had vertigo, but nevertheless, I proceeded down my standard health-related anxiety spiral, which inevitably ends with me convinced that I’m dying of a brain aneurysm.

Blissfully, I was not, at least this time. When I went to see my doctor, she diagnosed me with benign paroxysmal positional vertigo, or BPPV, a common form of vertigo that can strike at random. The problem occurs in the inner ear, when calcium crystals become dislodged from an organ called the utricle, and end up inside one of the semi-circular ear canals. Picture a marble inside a hula hoop; all of a sudden, there’s a clump of particles rolling around and sending mixed-up signals to the brain about the body’s position. The resulting dizziness can last anywhere from a few minutes to years. Years! 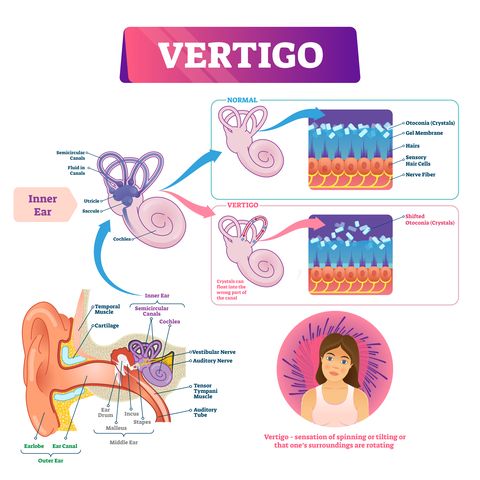 Scared that this shakiness was my new normal, I asked my doctor how to make the unease go away. She sent me home with a simple directive: look up Dr. Carol Foster’s “half-somersault maneuver” on YouTube.

Foster is an otolaryngologist at the University of Colorado who specializes in vertigo, and one morning in 2006 or 2007, she woke up experiencing vertigo herself. She tried doing the Epley maneuver, which involves twisting your head and body to get the calcium crystals out of your ear canal and back where they belong. Only it didn’t work: The crystals ended up in another one of her ear canals, instead.

“I started getting sick. It was horrible,” Foster told me when I contacted her for this story. “I couldn’t move my head at all.”

But she had to get to work. And she knew the inner ear like the back of her hand.

“I suddenly realized I could do it by bending forward,” she said.

With the room spinning in circles, Foster developed a new series of movements to treat vertigo—one that guaranteed the crystals will go where they need to, and that was easier to do solo than the Epley maneuver. The solution entailed tilting her head back, then tucking it upside down, then turning it to the side, then lifting it up again.

“I did it, I came up, and it was fine! That was it. It was one of those serendipitous things.”

Foster went on to post tutorial videos of the half-somersault maneuver on YouTube, where they’ve been viewed millions of times. In 2019, Foster described her findings in a book called Overcoming Positional Vertigo.

As for me, after five days of extreme dizziness, I studied a YouTube video of Foster’s half-somersault maneuver. The video warned me that the movements would make me feel dizzy, but I still had to hold each one until the spinning stopped, then proceed to the next position. I did as I was told, and after going through the movements a handful of times, I didn’t feel dizzy at all.

You can watch the video I used here:

For the good doctor, this breakthrough serves as an affirmation of her work. “It’s deeply moving to me,” Foster says of all the people she’s been able to help. “If you discover something that people can do on their own, and do it for free, isn’t it your moral obligation to provide it for everyone?”