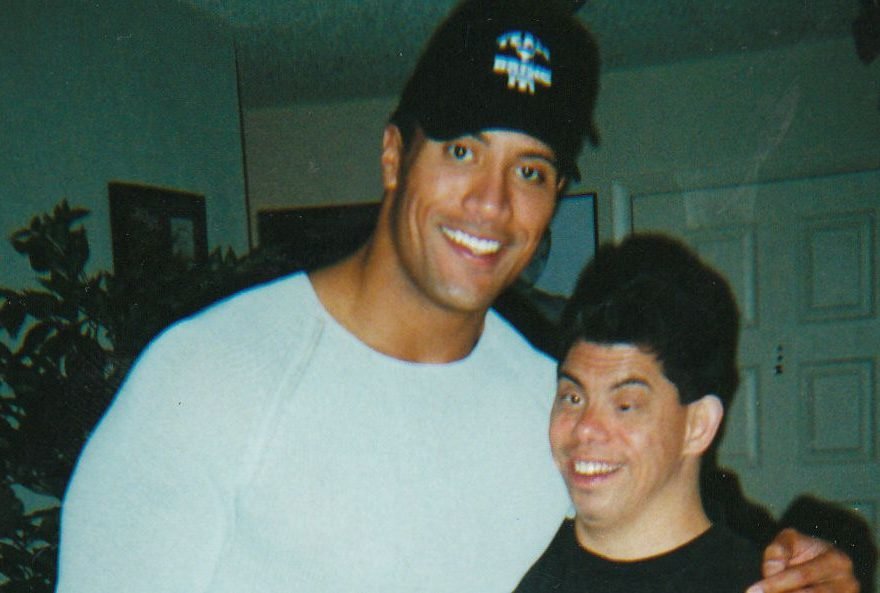 Ever wondered who could possibly inspire Dwayne “The Rock” Johnson, a.k.a. the hardest worker in the room? The man himself opened up to answer that question in a new short film “The Rock’s Rock,” in which he talks about his relationship with Milton McBride Rosen, a Special Olympian with Down syndrome.

“It’s a very special story about a very special human being,” The Rock said in an Instagram video teasing the film. “[Milton] has been a lifelong friend, a brother to me. You know how every once in a while in life, if we’re lucky enough, we meet these special people, who seem to be touched by angles and have the unique ability to impact lives where ever they go. Meet Milton McBride, The Rock’s Rock.”

A special short film from @ESPN, @SevenBucksDS, @RocknRobinTV that tells the story of my lifelong friend, hero and @SpecialOlympics athlete — Milton McBride Rosen.

Beyond his athletic achievements, The Rock also shares how Milton became somewhat of “saving grace for my dad.” At that time, Rocky Johnson’s career as a WWE wrestler was over and he was not making money and “drinking real heavy.” Rocky Johnson tells the story of how once Milton took his bottle and dumped it out, because he knew it was “no good and he knew it was hurting me.” Johnson admits he wanted to “kick his a**,” but Milton took off out the door. Johnson says Milton’s compassion for him helped him sober up and probably saved his life.

Be warned: The film is a real tear-jerker. “When you get someone who comes around and is not judging you and looks at you and loves you and will cry with you and says, ‘I got you,” Johnson says in the clip. “And then the fact that it’s Milton and he has Down syndrome, and this connection happens… his heart is boundless, the love he has his boundless, the empathy is boundless. That’s how Milton has impacted my life in ways that I could never have imagined.” Check out the full film here: