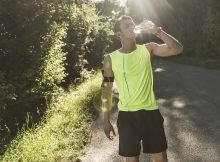 There are three things required of anyone entering what might be the best marathon we’ve ever heard of: an appreciation of rolling Scottish countryside, an appetite for single malt whiskies, and the endurance to run at least 10 kilometers. If you qualify, start stretching those quads and clearing those nasal pathways. Registration for the 2019 Dramathon, a run that takes you between some of Scotland’s finest whisky distilleries and rewards you with single malt scotch at the finish line, is now open.

The Dramathon, which happens on October 19, is split into three races: a 10K, a 21K, and a 42K. (There’s also a 42K you can split between four runners, like a relay.) The finish line is at Glendfiddich distillery, but each race starts at a different point—the more kilometers you run, the more distilleries you pass. For those athletic enough to take on the full marathon, the reward is passing through Glenfarclas, Ballindalloch, Tamdhu, Knockando, Dalmunach, Aberlour, Balvenie, and Glenfiddich distilleries. Whew.

The route also weaves through gorgeous countryside in the Northeast Scottish region known as Speyside, where castles, rivers, and quaint towns are plentiful. Plus, there are single malt minis from the distilleries you visited waiting at the finish line. And bagpipes!

Now in its fourth year, the Dramathon brought in more than a thousand participants from all over the world in 2018, according to Forbes. Last year’s full marathon winner clocked in a time of two hours 49 minutes and 48 seconds. Everyone who finished got a medal carved from whisky staves. And unlike other races like the Beer Mile World Classic, for instance, you don’t have to get sloshing drunk to compete. That comes after.