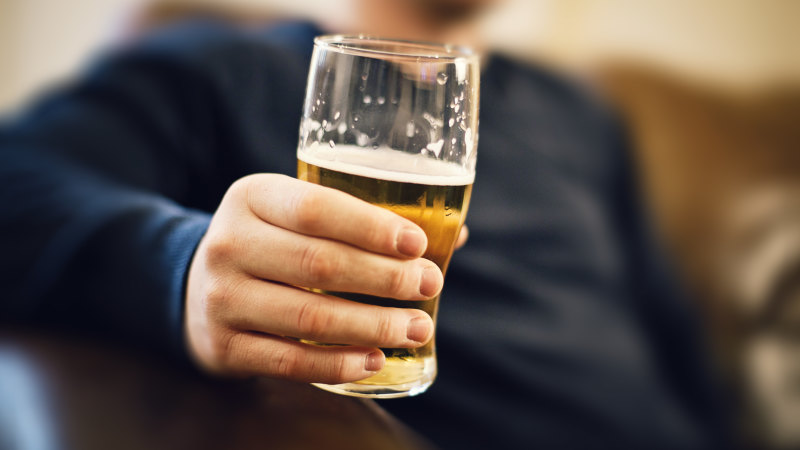 Until recently, it was believed that lifestyle factors such as smoking, drinking alcohol, a lack of physical activity and poor diet were implicated in one third of all deaths from cancer. Now, research published in The Lancet on Friday revealed that figure is closer to half of global cancer deaths.

Though these statistics seem bleak, it is a “really good news story”, insists Professor Simone Pettigrew, the Head of Food Policy at the George Institute for Global Health. 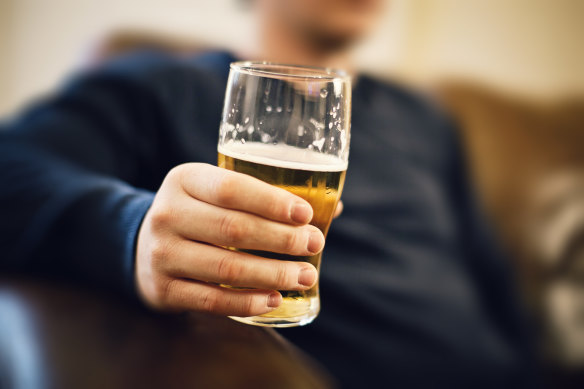 The findings of a new study show that we have more power to control our health outcomes than we might think.Credit:Getty

“People tend to think that cancer is a death sentence,” said Pettigrew, who was not involved with the study. “This is telling us we can actually reduce our risk substantially. This puts it back in our control.”

Smoking rates in Australia have dropped from 24 per cent in 1995 to 11 per cent in 2021. Still, it remains the top cancer risk factor here and around the world.

“Obviously smoking rates have gone right down, but it’s got such a long tail,” Pettigrew said. “You smoked 20 years ago and suddenly, you have a smoking related cancer. Unfortunately, it’s going to take us a while to push past that.”

The e-cigarette trend is a worry, she adds. “It’s not tobacco, it’s nicotine but… I’d hate to see that end up on the top 10.”

Though there is not yet the longitudinal data to be clear on the carcinogenic effects of e-cigarettes, they contain “a lot of chemicals” which is usually not a good sign for cancer risk, Pettigrew says.

Alcohol use is the second leading risk factor.

“People like to think ‘it’s not me it’s the really heavy drinkers who are at risk’ but cancer risk is absolute,” Pettigrew said. “Every mouthful is a carcinogen in its own right. It’s not like you have to get drunk to get cancer. That’s not readily understood.”

She explains that, historically, research suggested that people who drank a little were healthier than people who drank nothing or people who drank a lot. “It took researchers a while to figure out in that ‘drink nothing’ category are a lot of people with illnesses or other kinds of problems that have made them stop drinking. Now we can see every drink increases your risk.”

High body mass index (BMI) came third on the list, both in Australia and globally, according to the study, which looked at data from 204 countries in 2019. Other leading risk factors contributing to 4.45 million deaths (44 per cent of global cancer deaths) included high blood glucose, poor diet, unsafe sex, air pollution and exposure to asbestos.

One of the paper’s authors, Dr Xiaoyue (Luna) Xu from the University of New South Wales, said there was a 20 per cent increase in cancer deaths between 2010 and 2019 from lifestyle and environmental factors. Risk from high BMI, high fasting plasma glucose increased the most. “Much work needs to be done to change this,” Xu said.

The work includes supporting people to live a healthy lifestyle and understand its significance in preventing chronic disease, and living longer after being diagnosed with chronic conditions, said Dr David Mizrahi, a research fellow at the University of NSW The Daffodil Centre.

“More support is needed from governments, starting from a young age, to educate communities and support lifelong behaviour change to allow communities to reduce the impact of cancer in their communities,” Mizrahi said.

Some of these population health approaches, like the Crunch&Sip campaign in schools around the country, are already working, says Pettigrew.

“Kids from a young age are learning at 10am you eat a carrot… we need to embed as much of that as possible in society and make eating healthy foods part and parcel of life.”

And this is because, despite being a comparatively affluent country with a bountiful supply of fresh food, only about 8 per cent of us hit our daily two and five fruit and vegetable target.

“Younger people definitely have that healthy lifestyle orientation… I think they’re much better educated,” Pettigrew said. “But then we have Uber eats and the equivalent emerging in parallel which has made accessing the unhealthy stuff way easier. There’s tension between knowledge versus behaviour when something is so quick and easy and affordable.”

The issue with many packaged foods is that they contain ingredients our bodies haven’t evolved to deal with. For instance, research published last week found that artificial sweeteners mess with people’s microbiome and blood sugar levels.

“At the end of the day, it’s fresh fruit and veg and wholegrain people need to be eating,” Pettigrew said. “When you look down the list of the 10 leading risk factors, most are things you put in your mouth or don’t put in your mouth.”

This can be a hard message for people to stomach as they’re not sold on the idea that alcohol and food can cause cancer, Pettigrew said: “Everyone knows someone who drank a lot and lived till an old age or who eats crap food and seem to be OK.”

But, exceptions to the rule, don’t make the rule invalid.

“I’ve heard it described as like a loaded gun and your genetic profile loads the bullet, but your lifestyle pulls the trigger,” Pettigrew said. “So, your grandmother might have been blessed with amazing genetics, and you may or may not have inherited that.”

By identifying and understanding the risk factors, however, there is the chance to turn these harrowing cancer statistics around.

“Cancer is the second-biggest killer in the world after heart disease,” Pettigrew said. “If we can reduce half of our risk of this highly prevalent disease, then that’s a good story.”

Make the most of your health, relationships, fitness and nutrition with our Live Well newsletter. Get it in your inbox every Monday.