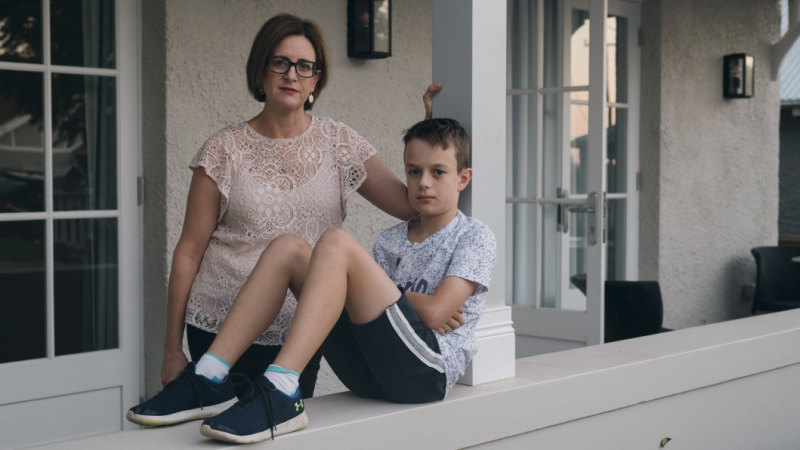 One in five parents of children with ADHD have been urged by their school to seek a different diagnosis as a means to gain funding for teacher's aides and other support for their child at school.

Teachers are pushing families of children with attention deficit hyperactivity disorder (ADHD) to try to obtain a diagnosis with better support in the school system -mainly autism, but also oppositional defiance disorder (ODD) or extreme anxiety. The national survey of 1184 parents of children with ADHD found 21 per cent had experienced pressure for "escalated diagnosis".

ADHD is a neurological condition linked to impulsive behaviour and an impeded ability to pay attention and plan. It affects 5-7 per cent of the population, Dr Kohn said.

The NSW Department of Education provides $288 million in 2019 for schools to deal with low-level disability and children with ADHD can access this general pool.

The department also provides $200 million in “integration support funding”, which is targeted funding for about 10,000 individual children with disabilities. This can range from $2390 to $61,760 per student and pays for additional time with teachers or learning support officers, and professional learning for teachers.

However, a child with ADHD alone is not eligible for targeted funding, unlike children with autism or some mental health problems. Experts say this creates a "perverse incentive" for schools to encourage parents to seek a diagnosis other than ADHD. Three out of five of those surveyed sent their children to public school.

"It is not appropriate for schools to ask for different diagnosis solely on the basis of requesting funding, where that is not a diagnosis that is the correct one for the student," a spokesman for the NSW Department of Education said. 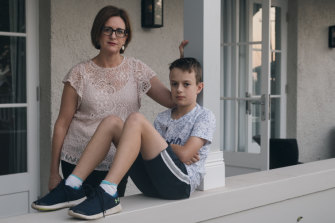 Louise Kuchel from Parents for ADHD Advocacy Australia and her son Liam, who has ADHD, at their Balgowlah home. Credit:James Brickwood

School funding is separate to the National Insurance Disability Scheme, which also generally funds autism but not ADHD. Nearly a third of people funded through the NDIS had autism as their primary disability as of June 2019, a National Disability Insurance Authority spokesperson said.

“We believe [schools] are trying to escalate the diagnosis so that they can get some funding, which they would more than likely use for a teacher's aide to try to support the child at school,” said Louise Kuchel, a spokeswoman for Parents for ADHD Advocacy Australia, which produced the survey and report.

Andrew Kennedy, a general paediatrician in private practice in Sydney, said anecdotally he knew many parents had the impression their child’s school was hoping for a particular diagnosis to support a funding application. One parent forwarded him an email from the school psychologist outlining a check list of conditions that attract funding to discuss with the paediatrician.

Ms Kuchel said it was a "very misguided motivation" as the adjustments that need to be made for the child "don't necessarily require funding".

While ADHD and autism have overlapping symptoms, Dr Kohn said it was “not necessarily helpful” just to obtain a diagnosis and then employ a teacher’s aide. “You need to have the combination of a good assessment and strategic planning around a diagnosis, not just given a label,” he said.

Professor Linda Graham, from the Queensland University of Technology, said her own research backed the survey findings.

“Principals have told me they will tell parents to go back to the pediatrician, because 'no, no he doesn't have ADHD, he has autism’, because autism is funded. That's called diagnostic substitution,” Professor Graham said.

“Another approach I really started noticing in NSW was an ‘agglomeration process’ where you get one diagnosis and then keep adding diagnoses on top of each other until you tip a child into emergency funding.”

Professor Graham said research found paediatricians in Queensland erred on the side of diagnosing autism rather than ADHD, because of pressure from principals who wanted funding to help the child. “I know it’s not different in NSW,” she said.

Meanwhile, rates of ODD diagnosis were higher in NSW where it was funded in the school system, compared with Queensland where it wasn’t.

Dr Kennedy said schools had good intentions and wanted to help children. “I don't think it's just a money grab," he said.

However, an autism diagnosis does not guarantee an application for targeted funding will succeed and seeking an autism diagnosis is both time-intensive and expensive. “The cost of an autism assessment is around $2000 so these are not cheap things and none of it's covered by any medical insurance,” Ms Kuchel said.

Ms Kuchel said having an incorrect diagnosis could affect a child’s self-perception and the adjustments put in place by the school might be inappropriate. Distorting the figures through diagnostic substitution was also unhelpful because it exacerbated the perception that conditions such as ADHD and autism were over-diagnosed when they are not.

Funding for special needs in NSW