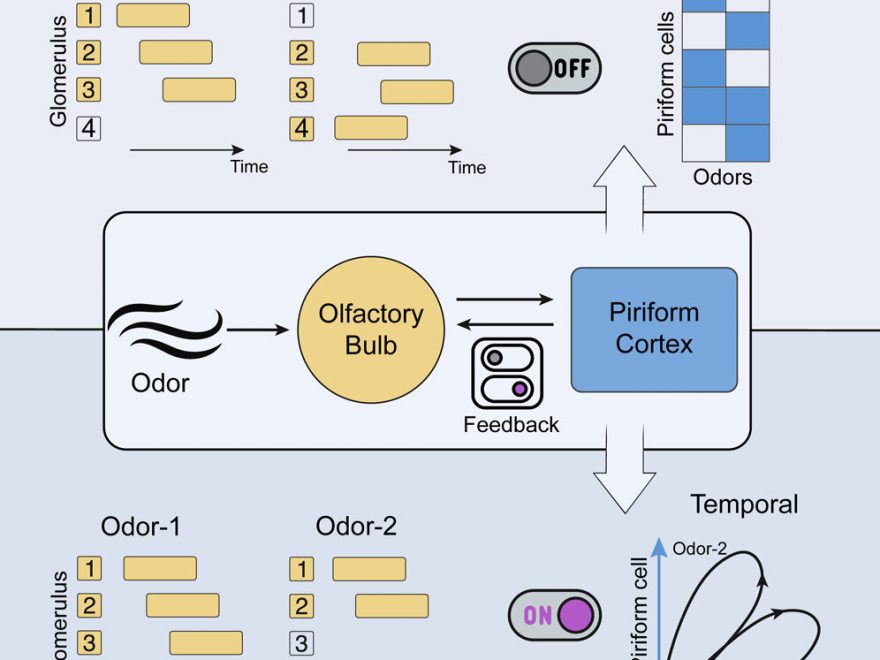 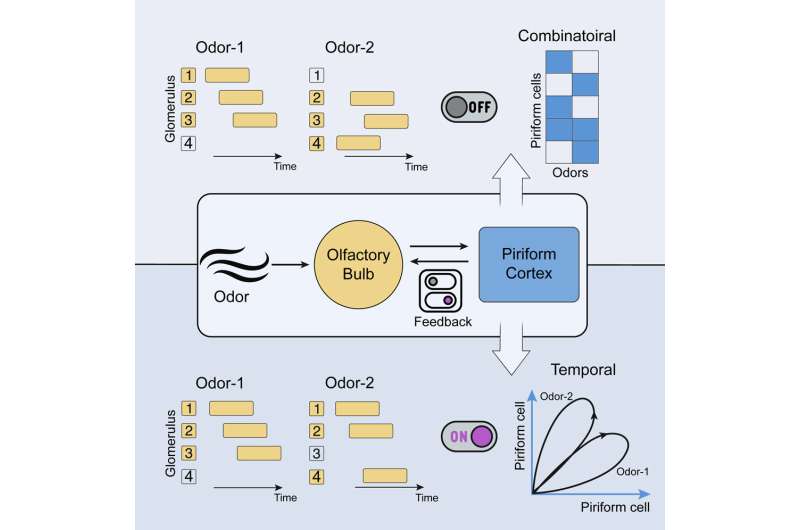 What happens when we smell a rose? How does our brain process the essence of its fragrance? Is it like a painting—a snapshot of the flickering activity of cells—captured in a moment in time? Or like a symphony, an evolving ensemble of different cells working together to capture the scent? New research suggests that our brain does both.

“These findings reveal a core principle of the nervous system, flexibility in the kinds of calculations the brain makes to represent aspects of the sensory world,” said Krishnan Padmanabhan, Ph.D., an associate professor of Neuroscience and senior author of the study recently published in Cell Reports. “Our work provides scientists with new tools to quantify and interpret the patterns of activity of the brain.”

Researchers developed a model to simulate the workings of the early olfactory system—the network the brain relies on for smelling. Employing computer simulations, they found a specific set of connections, called centrifugal fibers, which carry impulses from other parts of the central nervous system to the early sensory regions of the brain, played a critical role. These centrifugal fibers act as a switch, toggling between different strategies to efficiently represent smells. When the centrifugal fibers were in one state, the cells in the piriform cortex—where the perception of an odor forms—relied on the pattern of activity within a given instant in time. When the centrifugal fibers were in the other state, the cells in the piriform cortex improved both the accuracy and the speed with which cells detected and classified the smell by relying on the patterns of brain activity across time.

These processes suggest the brain has multiple responses to representing a smell. In one strategy, the brain uses a snapshot, like a painting or a photograph, at a given moment to capture the essential features of the odor. In the other strategy, the brain keeps track of the evolving patterns. It is attuned to which cells turn on and off and when—like a symphony.