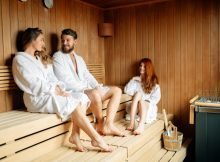 Sauna study: sauna the risk for cardiovascular diseases is reduced

Recently, researchers reported that about every second case of death by cardiovascular diseases through a healthier diet preventable. Now, another study was published that shows how the risk of such diseases can be reduced through regular visits to the sauna.

In a recent study by scientists at the Medical University of Innsbruck and the University of Eastern Finland has shown that regular visits to the sauna can reduce the risk of cardiovascular diseases significantly. In previous scientific studies on the health benefits of Sauna could be used. 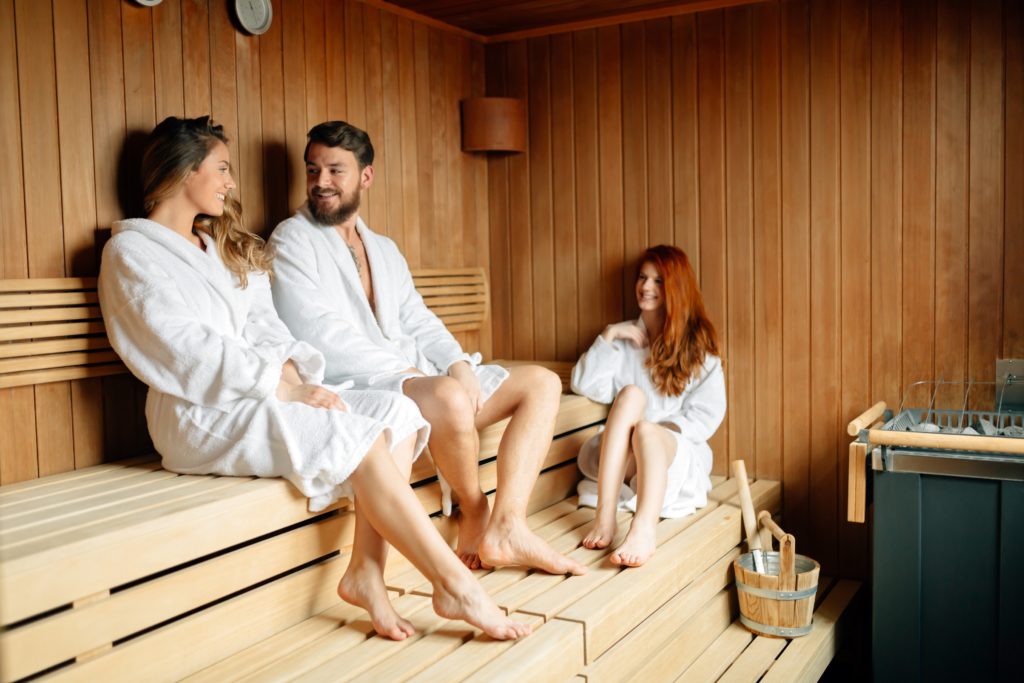 Heart attack, stroke, aortic aneurysm, and congestive heart failure (cardiac insufficiency), diseases of the circulatory system, the count continues to be one of the most common causes of death.

An Austrian-Finnish research team has now found that people who frequently visit the Sauna, have a significantly reduced risk of dying from cardiovascular disease heirs.

Came to this realization, the scientists, Peter Willeit, a neurologist and epidemiologist at the medical University of Innsbruck, Jari A. Laukkanen, University of Eastern Finland on the basis of comparative analysis of data from the Finnish KIHD study.

The long-term study KIHD (Kuopio Ischaemic Heart Disease Risk Factor Study), examined, among other things, the Sauna-behavior of 1,688 men and women (51%) from Finland between the ages of 53 and 74 years.

According to a communication from the Medical University of Innsbruck, the data are collected since the mid-1980s and evaluated.

The current results were published in the journal “BMC Medicine”.

That regular use of the sauna to reduce the risk of stroke significantly, was able to demonstrate the Austro-Finnish Team already in a recently published book.

In a further Finnish study has also shown that sauna high blood can stabilize the pressure again.

Furthermore, it is long known that the sharp change between extreme heat and cooling strengthens the immune system and positive effect on respiratory and metabolic impact.

According to the Medical University of Innsbruck, 181 participants in the study, published in cardiovascular died during the observation period of 15 years-diseases.

After taking into account possible other factors of influence could be for the frequency and duration of the sauna, there is a clear connection visit:

Accordingly, Finns, visited four to seven Times a week in the Sauna, had a 70 percent lower risk, in the observation period of a heart cycle inherit disease.

For those saunierten two to three Times a week, was reduced this risk by 29 percent.

“These men previously confirmed correlation, we were able to demonstrate for women and a gap in the scientific literature, conclude,” said Willeit.

The researchers have included in their analysis, also the duration of the sauna stay as a Variable and found: if you sweat a lot longer than 45 minutes per week in the Sauna, has the comparatively lowest cardiovascular risk.

As the positive effects can be further reinforced

According to the researchers, the cheap, the regulating effect of frequent use of the sauna on blood pressure and the heart rate variability of the causality of sauna rate and cardiovascular mortality are likely to be based on.

In any case, Peter Willeit is aiming already the Verification of further hypotheses about the extent to which frequent the sauna in combination with sporty activity, the positive effects may increase.

“The strength of this study lies in the fact that our study population is characterized, thanks to the documented risk profile and detailed information about Sauna behavior very well, and thus also in the future further issues permits,” said study leader Jari Laukkanen.

Some people need to be careful

Despite the positive impact of the frequent trips to the sauna, certain groups of people should be careful.

Such as rheumatism, should take a sauna-patients only in inflammation-free phases and epilepsy completely, as this seizures could be triggered.

People with severe varicose veins or other venous vascular disorders should take prior to a visit to the sauna medical advice.