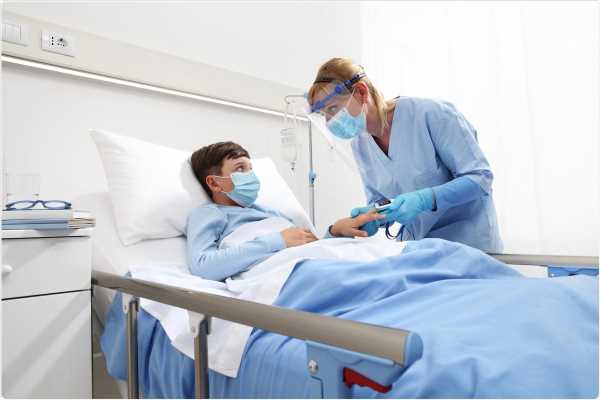 The current coronavirus disease 2019 (COVID-19) pandemic caused by the severe acute respiratory syndrome coronavirus-2 (SARS-CoV-2) has been observed to be less serious in infants and children. However, this age group is also subject to certain complications following infection.

A new preprint on the medRxiv* server describes the findings of an observational study of children hospitalized with SARS-CoV-2 infection in several different hospitals across three countries. 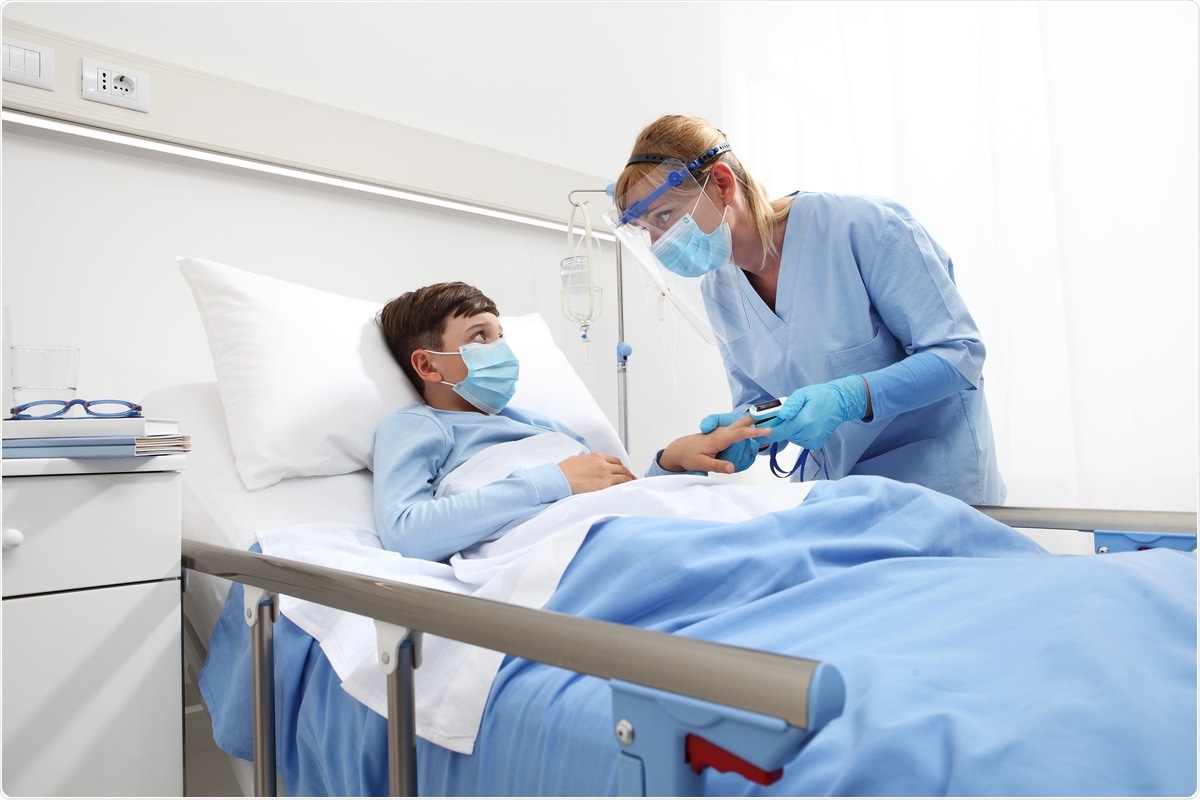 Children have been suggested to be shielded from severe disease following infection with this virus because of a stronger innate immune response, their high chances of prior infection with seasonal human coronaviruses that elicited cross-neutralizing antibodies to the SARS-CoV-2 virus, and the low odds of pre-existing chronic medical conditions in this age group.

However, infants below the age of one year may be more likely to require hospitalization, either for the sake of caution or because they develop more severe disease. While the presence of comorbidities is a correlate of hospitalization and critical disease in children, other social and demographic predictors for these outcomes in this group are unknown.

A known though uncommon complication of the infection in children is the multi-system inflammatory syndrome (MIS-C) that develops about 2-6 weeks after infection. An earlier study demonstrated a mortality rate below 2% in a cohort of MIS-C cases.

The current study analyzed the clinical features and sociodemographic characteristics, and the outcomes, in 211 consecutive pediatric admissions with COVID-19. Most of them were in Canada or Costa Rica, and the rest in Iran. The period of admission for inclusion in the study was from February 1 to November 16.

Despite 108 of the participants not being suspected of having COVID-19 at the time of admission, all had confirmed SARS-CoV-2 infection, the vast majority being from nasopharyngeal samples. They were categorized as having mild, severe or critical disease.

About 40% of the children had asthma, obesity, cancer or immunosuppressant-requiring conditions. Less than a fifth had more than one such condition.

Three out of four children were asymptomatic or had mild disease. The most common presenting symptom was fever, especially accompanied by gut symptoms, muscle pains, chapped lips, conjunctivitis, and a rash if MIS-C was present.

While 70% of the children received antibiotics, only 23 bacterial coinfections were reported, with 16 other viral infections. Two of every three had mild or moderate disease, while 14% required oxygen supplementation. About 3% tested positive for the virus on ICU admission for other reasons, and another became positive during the ICU stay.

Of the 16% who were admitted to ICU specifically for COVID-19, or for MIS-C, over half had to be mechanically ventilated. Half of all children on ventilators or with a tracheostomy, supplemental oxygen or a feeding tube, had to be admitted to the ICU.

All four deaths in the study took place outside Canada, three of which in Iran and one in Costa Rica. Three of these deaths were in children with cancer.

Canada versus the rest

Children in Canada had a mean age of 4.4 years, but the rest 2.2 years. Abdominal pain was less frequently reported in Canadian children above the age of one year, and Canadian pediatric patients were less ill.

Patients in Canada spent a median of 3 days in hospital vas 5 in other countries. After adjusting for multiple factors, severe or critical COVID-19 was predicted by the following factors: age below 30 years, being hospitalized with COVID-19 in one of the other countries than Canada, one or more pre-existing conditions, or the appearance of chest signs on imaging that indicated the presence of COVID-19.

The lower severity of illness and the higher MIS-C prevalence outside Canada could be due to a lower testing threshold in this country, genetic factors, or because in other countries, the children enter the field of healthcare for the management of COVID-19 later.

Half of all children with COVID-19 are thought to have other conditions before admission, and two-thirds have no or mild symptoms. About 16% were admitted to the ICU, and half of these were put on mechanical ventilation.

The study shows that four deaths occurred. Only a few patients required oxygen supplementation or admission to the ICU.

“The possibility of SARS-CoV-2 infection needs to be considered in all admitted children until the pandemic ends.” Both the sick child and caregiver should be treated as potentially infective individuals, protecting others in the hospital, and other patients, from COVID-19.

While the risk of hospitalization for comorbidities was not analyzed, this is important in order to provide the vaccine or other newer therapies early to those at the greatest risk.

“Clinicians must consider the diagnosis of community-acquired or healthcare-associated SARS-CoV-2 infection in all admitted children.” The risk factors for more severe disease include having newborns, newborns themselves, and imaging features of COIVD-19. However, only 4/211 children died of the disease, mostly due to COVID-19 complications in already sick children.

Further studies may untangle how demographic and social factors affect the rates of hospitalization and of SARS-CoV-2 infection in children.