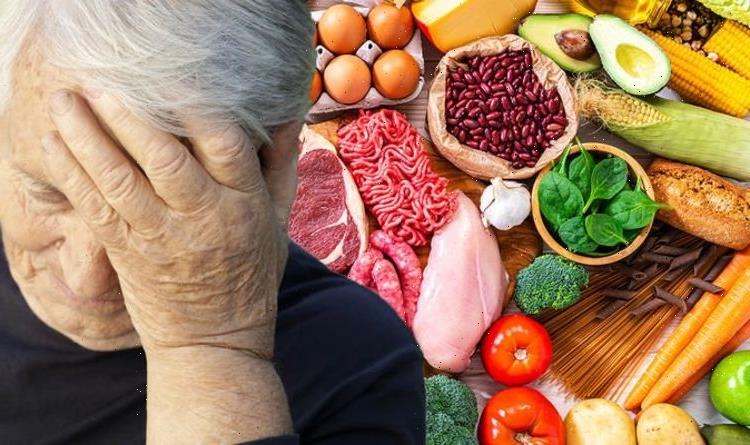 Statins: How the drug prevents heart attacks and strokes

Strokes are a medical emergency whereby the supply of blood to the brain is restricted or stopped. It requires a swift response to minimise the damage inflicted on the body. The initial warning signs include the face dropping and not being able to smile, or your mouth or eye may have dropped. Fortunately, you can lower your risk by improving your diet. The reverse is also true.

That’s the clear verdict of a new study presented at the American Heart Association’s Scientific Sessions 2021.

The study is the first to comprehensively analyse the impact on stroke risk from fat derived from vegetable, dairy and non-dairy animal sources.

“Our findings indicate the type of fat and different food sources of fat are more important than the total amount of dietary fat in the prevention of cardiovascular disease including stroke,” said Fenglei Wang, Ph.D., lead author of the study and a postdoctoral fellow in the department of nutrition at Harvard’s T.H. Chan School of Public Health in Boston.

The investigators analysed 27 years of follow-up from 117,136 participants in the Nurses’ Health Study (1984-2016) and Health Professionals Follow-up Study (1986-2016), two of the largest studies to examine the risk factors for various chronic diseases.

Participants were aged 50 years on average, 63 percent were women, 97 percent white, and all were free of heart disease and cancer at enrolment.

At the beginning and every four years during the study, participants completed food frequency questionnaires that were used to calculate the amount, source and types of fat in their diets over the previous year.

Researchers calculated the cumulative average of the dietary data over time to reflect long-term dietary intake. Amount of fat intake was divided in to five groups, or quintiles.

In the study, total red meat included beef, pork or lamb as a main dish, in sandwiches or mixed dishes, and processed red meats.

The study comes as a pan-European survey indicated that there is a significant shift towards plant-based eating taking place across the continent.

The survey asked more than 7,500 people in 10 European countries (Austria, Denmark, France, Germany, Italy, Netherlands, Poland, Romania, Spain, UK) about their attitudes towards the consumption of plant-based foods, their trust in relation to such products, their current consumption habits, the key drivers of their food choices, and various other relevant topics in the field of alternative protein.

Effective treatment of stroke can prevent long-term disability and save lives.

The specific treatments recommended depend on whether a stroke is caused by:

Bleeding in or around the brain (haemorrhagic stroke).

“Treatment usually involves taking one or more different medicines, although some people may also need surgery,” explains the NHS.

“If you have had an ischaemic stroke, a combination of medicines to treat the condition and prevent it happening again is usually recommended.”