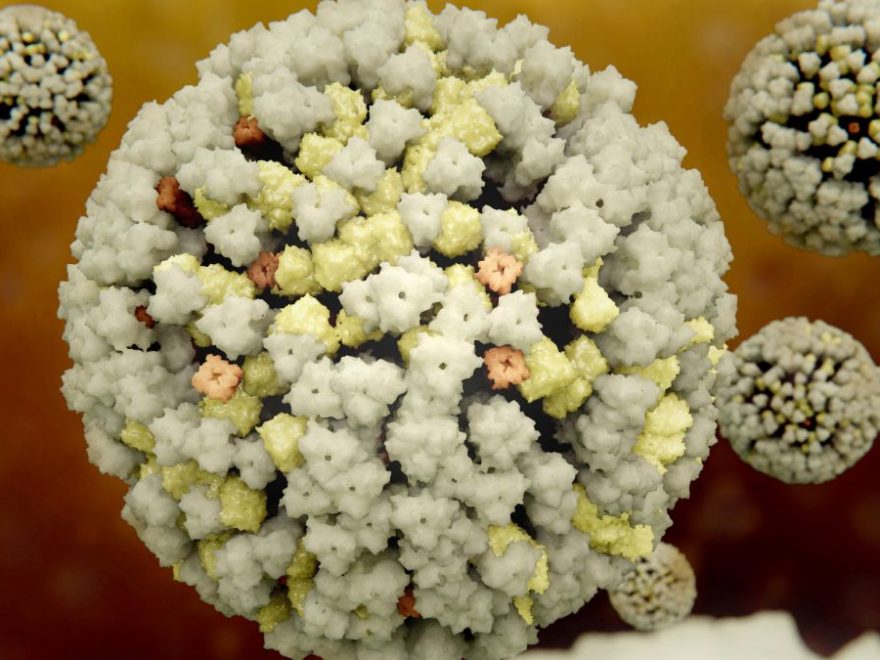 We may be one step closer to a universal flu vaccine, according to a new study.

In the study, published Monday (March 9) in the journal Annals of Internal Medicine, researchers found that a single dose of the vaccine, called Flu-v, elicited greater immune responses than placebo in a small trial involving 175 volunteers. These results suggest that the vaccine is safe and potentially effective, and the research will usher Flu-v into the final stages of clinical testing.

“We’re on the cusp of a universal flu vaccine,” said Dr. Amesh Adalja, an infectious-diseases specialist and senior scholar at Johns Hopkins Center for Health Security in Baltimore, who was not involved in the new study. “It’s long been a joke that a universal flu vaccine is always five years away. But I think, this time, it really is coming within the next five years.”

While the seasonal flu vaccine certainly saves lives, “it is suboptimal,” Adalja told Live Science. Indeed, each flu season begins with a race to predict the characteristics of burgeoning flu strains and develop vaccines that will prevent widespread infection. The process is lengthy and expensive, because vaccines are manufactured painstakingly using eggs or cell cultures, and the World Health Organization releases data on likely strains only months before the incoming flu season. This can result in frequent vaccine shortages, and even when there is ample supply, the virus can throw a curveball, mutating midseason and rendering the hard-earned dose impotent.

“Seasonal flu vaccine manufacturing is laborious, and this limits the number of doses available every year,” said study co-author Olga Pleguezuelos, chief scientific officer at Seek, the drug discovery company that’s developing Flu-v. “The schedule is very tight in order for the vaccine to be available before the flu season starts, which puts a huge strain on health services as they must make sure that patients are vaccinated within a two- or three-month window.”

Flu-v is a promising alternative — a candidate for the long-awaited universal flu vaccine — because it is designed to target areas of the virus that are common to multiple strains of flu virus and unlikely to mutate. “Flu-v can be manufactured all year round,” Pleguezuelos added. “The manufacturing is synthetic, so there are no limitations on the scale of production,” which there are for flu vaccines that are grown using eggs or cell cultures, she said.

The trick is demonstrating that Flu-v is safe and effective. No fewer than four prior trials have demonstrated safety for the vaccine. The new study, called a “Phase 2” study, was the first human trial to suggest that Flu-v increases the body’s production of antibodies that prevent flu infection. What remains to be determined is whether the vaccine in fact prevents flu, a question reserved for a final round of “Phase 3” clinical trials.

“This is a hugely successful study in a prestigious journal,” Adalja said. “But the next step is to see whether these antibodies are effective and how the vaccine works against real-life flu.”

Pleguezuelos and her colleagues are currently planning a large study to address this very question, but they are cautiously optimistic about their current results, she said. The vaccine “has the potential to change how countries protect their citizens against flu, and its burden on health services and the economy,” Pleguezuelos said.

The new study was funded in part by Seek.

There are several other candidates for universal flu vaccine in the works. For example, the U.S. National Institute of Allergy and Infectious Diseases (NIAID) began its first in-human trial of a different universal flu vaccine in 2019, Live Science previously reported. And the Israeli company BiondVax is in Phase 3 trials of its universal flu vaccine, known simply as M-001. That study has already enrolled more than 12,000 people, and results are expected at the end of 2020, according to the company.

OFFER: Save at least 53% with our latest magazine deal!

With impressive cutaway illustrations that show how things function, and mindblowing photography of the world’s most inspiring spectacles, How It Works represents the pinnacle of engaging, factual fun for a mainstream audience keen to keep up with the latest tech and the most impressive phenomena on the planet and beyond. Written and presented in a style that makes even the most complex subjects interesting and easy to understand, How It Works is enjoyed by readers of all ages.
View Deal