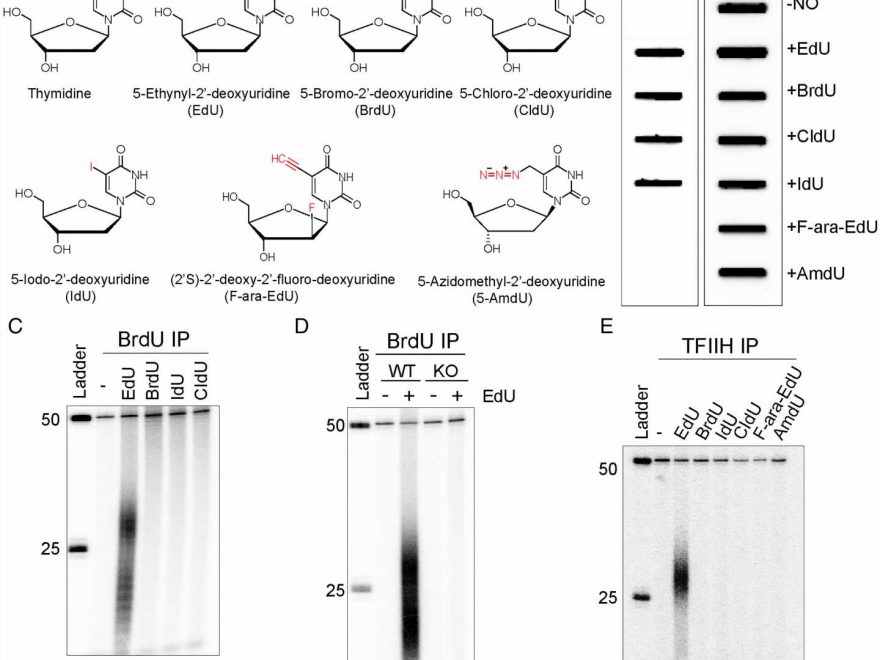 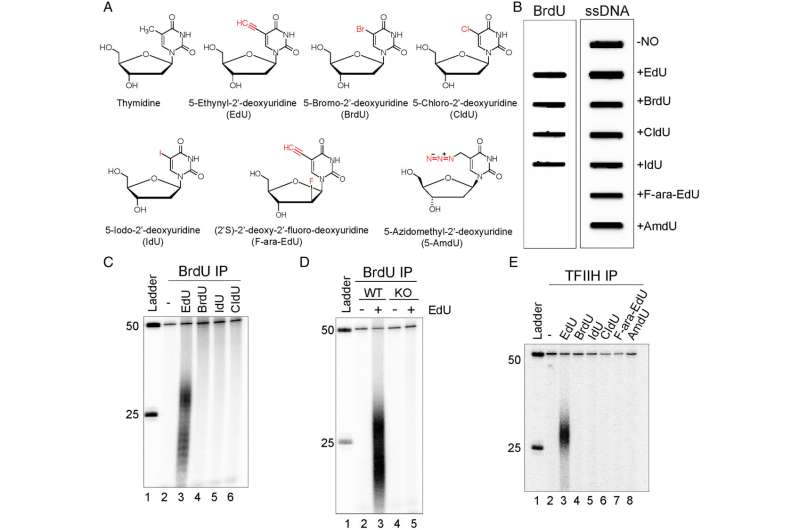 Scientists at the UNC School of Medicine have made the surprising discovery that a molecule called EdU, which is commonly used in laboratory experiments to label DNA, is in fact recognized by human cells as DNA damage, triggering a runaway process of DNA repair that is eventually fatal to affected cells, including cancer cells.

The discovery, published in the Proceedings of the National Academy of Sciences, points to the possibility of using EdU as the basis for a cancer treatment, given its toxicity and its selectivity for cells that divide fast.

“The unexpected properties of EdU suggest it would be worthwhile to conduct further studies of its potential, particularly against brain cancers,” said study senior author Aziz Sancar, MD, Ph.D., the Sarah Graham Kenan Professor of Biochemistry and Biophysics at the UNC School of Medicine and member of the UNC Lineberger Comprehensive Cancer Center. “We want to stress that this is a basic but important scientific discovery. The scientific community has much work ahead to figure out if EdU could actually become a weapon against cancer.”

EdU (5-ethynyl-2′-deoxyuridine) is essentially a popular scientific tool first synthesized in 2008 as an analog, or chemical mimic, of the DNA building block thymidine—which represents the letter “T” in the DNA code of adenine (A), cytosine (C), guanine (G) and thymine (T). Scientists add EdU to cells in lab experiments to replace the thymidine in DNA. Unlike other thymidine analogs, it has a convenient chemical “handle” to which fluorescent probe molecules will bond tightly. It thus can be used relatively easily and efficiently to label and track DNA, for example in studies of the DNA replication process during cell division.

Since 2008, scientists have used EdU as a tool in this way, as published in thousands of studies. Sancar, who won the 2015 Nobel Prize for Chemistry for his seminal work on DNA repair, is one such scientist. When his lab began using EdU, his team unexpectedly observed that EdU-labeled DNA triggered a DNA repair response even when it wasn’t exposed to DNA-damaging agents, such as ultraviolet light.

“That was quite a shock,” Sancar said. “So we decided to explore it further.”

Following up on the strange observation, the team discovered that EdU, for reasons that are still unclear, alters DNA in a way that provokes a repair response called nucleotide excision repair. This process involves the removal of a short stretch of damaged DNA and re-synthesis of a replacement strand. This is the mechanism that repairs most damage from ultraviolet light, cigarette smoke, and DNA-altering chemo drugs. The researchers mapped EdU-induced excision repair at high resolution and found that it occurs across the genome, and it apparently occurs again and again, since each new repair strand includes EdU and thus provokes the repair response anew.

It had been known that EdU is moderately toxic to cells, though the mechanism of its toxicity had been a mystery. The team’s findings strongly suggest that EdU kills cells by inducing a runaway process of futile excision repair, which ultimately leads the cell to terminate itself through a programmed cell-death process called apoptosis.

That discovery was interesting in its own right, Sancar said, because it suggested that researchers using EdU to label DNA need to take into account its triggering of runaway excision repair.

“As we speak, hundreds and maybe thousands of researchers use EdU to study DNA replication and cell proliferation in lab experiments without knowing that human cells detect it as DNA damage,” Sancar said.

Sancar and colleagues also realized that EdU’s properties might make it the basis for an effective brain cancer drug because EdU becomes incorporated into DNA only in cells that are actively dividing, whereas, in the brain, most healthy cells are non-dividing. Thus, in principle, EdU could kill fast-dividing cancerous brain cells while sparing non-dividing, healthy brain cells.

Sancar and his team hope to pursue follow-up collaborations with other researchers to investigate EdU’s properties as an anticancer agent.