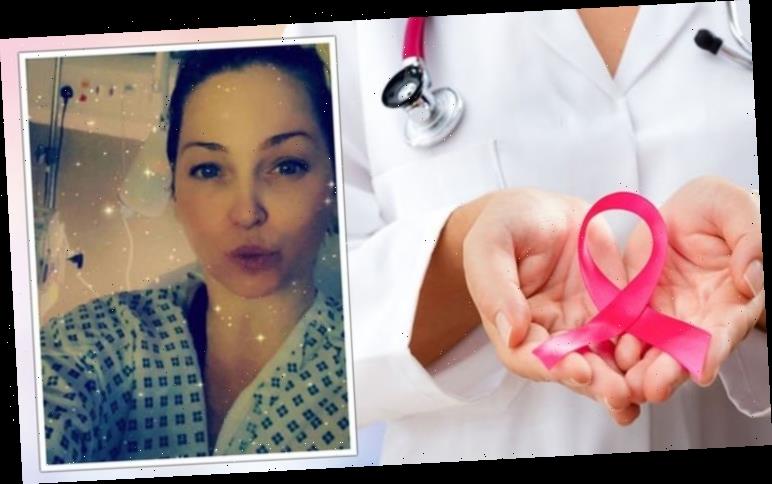 Sarah Harding, 38, told her fans on Twitter that she was diagnosed with breast cancer earlier this year. These are the most common warning signs of breast cancer that you should know about, including lumps, and unexplained discharge.

Sarah explained that her cancer has since spread to other parts of her body, and she’s now undergoing chemotherapy.

She was seen in hospital last week, and said that now was the best time to explain the diagnosis.

In a heartfelt message to her fans on social media, she thanked the “wonderful” NHS doctors and nurses for their help.

Sarah wrote on Twitter: “Hi everyone, I hope you are all keeping safe and well during these uncertain times. 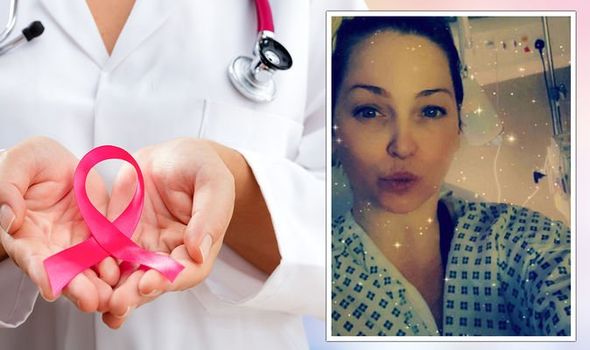 “I’ve not posted on here for so long, thank you to everyone who has reached out to check in on me, it really does mean a lot. I feel now is the right time to share what’s been going on.

“There’s no easy way to say this and actually it doesn’t even feel real writing this, but here goes.

“Earlier this year I was diagnosed with breast cancer and a couple of weeks ago I received the devastating news that the cancer has advanced to other parts of my body.

“I’m currently undergoing weekly chemotherapy sessions and I am fighting as hard as I possibly can.”

Breast cancer is the most common type of cancer in women, in the UK, according to the NHS.

About one in eight women are diagnosed with breast cancer at some point in their lifetime.

In most cases, the first noticeable symptom is usually a lump, or an area of thickened breast tissue.

About 90 per cent of breast cancer lumps aren’t cancerous, but you should still have any lumps checked by a doctor to be safe. 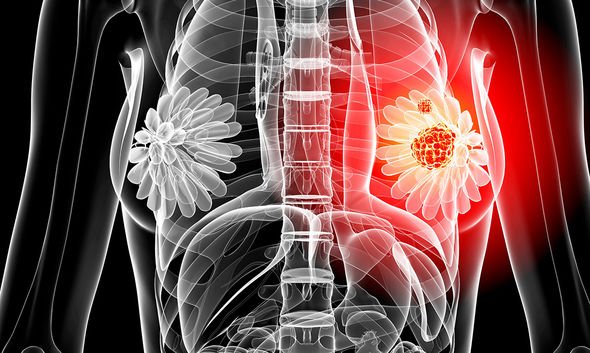 Other symptoms of breast cancer include a change in the size or shape or either, or both, breasts.

A lump or swelling in either of your armpits, or finding a rash on or around your nipple could also be a sign of the disease.

You shouldn’t ever ignore a bloodstained discharge from either of your nipples, either. It may be a symptom of breast cancer.

Breast pain, however, isn’t usually a sign of the cancer. If the pain or discomfort is persistent, and won’t go away, it should be seen by a GP.

The cause of breast cancer isn’t entirely understood, but there are certain risk factors that may increase your risk.

You may have a higher chance of developing breast cancer if you have close relatives that have had either breast or ovarian cancer.

If you’ve had the cancer before, you’re also more likely to develop again than someone that’s never had it.

You could lower your risk of cancer, as well as a number of other conditions, by eating a healthy, balanced diet, and by regularly exercising.