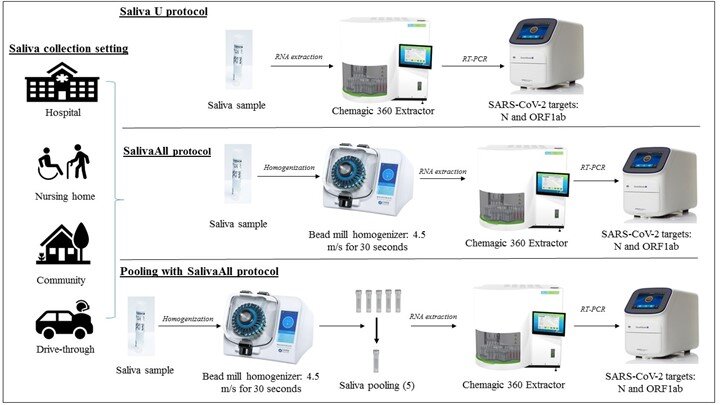 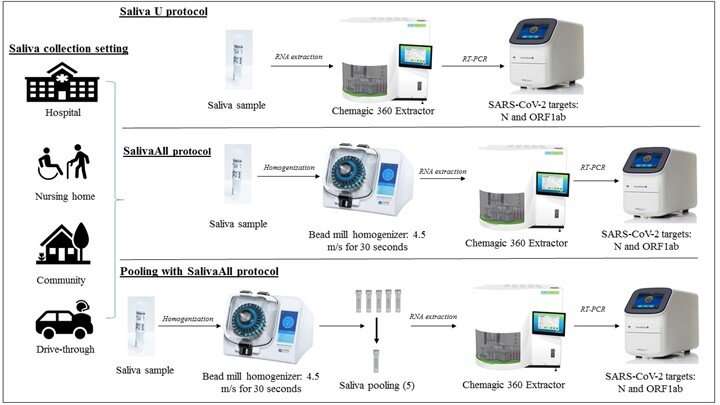 The collection of nasopharyngeal swab (NPS) samples for COVID-19 diagnostic testing poses challenges including exposure risk to healthcare workers and supply chain constraints. Saliva samples are easier to collect but can be mixed with mucus or blood, and some studies have found they produce less accurate results. A team of researchers has found that an innovative protocol that processes saliva samples with a bead mill homogenizer before real-time PCR (RT-PCR) testing results in higher sensitivity compared to NPS samples. Their protocol appears in The Journal of Molecular Diagnostics.

“Saliva as a sample type for COVID-19 testing was a game-changer in our fight against the pandemic. It helped us with increased compliance from the population for testing along with decreased exposure risk to the healthcare workers during the collection process,” said lead investigator Ravindra Kolhe, MD, Ph.D., Department of Pathology, Medical College of Georgia, Augusta University, Augusta, GA, U.S..

The study included samples from a hospital and nursing home as well as from a drive-through testing site. In the first phase (protocol U), 240 matched NPS and saliva sample pairs were tested prospectively for SARS-CoV-2 RNA by RT-PCR. In the second phase of the study (SalivaAll), 189 matched pairs, including 85 that had been previously evaluated with protocol U, were processed in an Omni bead mill homogenizer before RT-PCR testing. An additional study was conducted with samples with both protocol U and SalivaAll to determine if bead homogenization would affect the clinical sensitivity in NPS samples. Finally, a five-sample pooling strategy was evaluated. Twenty positive pools containing one positive and four negative samples were processed with the Omni bead homogenizer before pooling for SARS-CoV-2 RT-PCR testing and compared to controls.

Dr. Kolhe observed that the underlying issues associated with lower sensitivity of saliva to RT-PCR testing could be attributed to the gel-like consistency of saliva samples, which made it difficult to accurately pipette samples into extraction plates for nucleic acid extraction. Adding the homogenization step rendered the saliva samples to uniform viscosity and consistency, making it easier to pipet for the downstream assay.

Dr. Kolhe and his colleagues also successfully validated saliva samples in the five-sample pooling strategy. The pooled testing results demonstrated a positive agreement of 95 percent, and the negative agreement was found to be 100 percent. Pooled testing will be critical for SARS-CoV-2 mass surveillance as schools reopen, travel and tourism resume, and people return to offices.