Global deployment of effective vaccines is currently the best tool available to control the coronavirus disease 2019 (COVID-19) pandemic. However, all approved vaccines are administered through intramuscular injection, which elevates the cost and complexity of the vaccination programs, causes hesitancy in vaccine uptake, and does not stimulate mucosal immunity. Also, to sustain continuous immunity, booster vaccines are required. 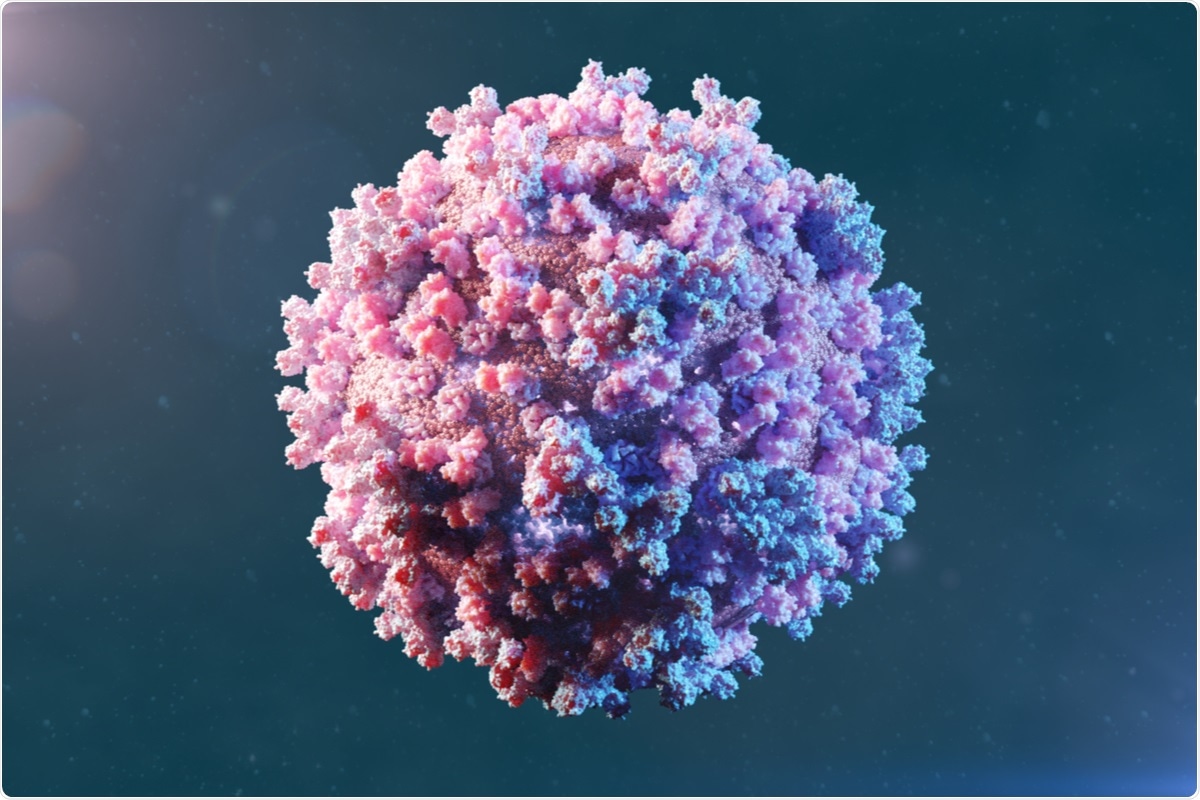 Due to the primary portal of entry being the nasal and oral mucosal surfaces for severe acute respiratory syndrome coronavirus 2 (SARS-CoV-2), inducing mucosal immunity could be a promising strategy in preventing viral establishment in the upper airways, which could reduce the risk of asymptomatic infections and viral shedding in vaccinated individuals. Previous research suggests mucosal immunity can be achieved through mucosal vaccination via an oral or intranasal route.

A team of researchers exploited the known tropism of vesicular stomatitis virus (VSV) to develop an oral vaccine that expresses the immunogenic SARS-CoV-2 spike glycoprotein (S) in the oral mucosa. The researchers generated an orally active VSV-SARS2(G+) vaccine by substituting the G cistron of an Indian strain VSV genome with a codon-optimized sequence encoding the Wuhan strain S protein and amplified the recombinant virus on Vero cells transiently expressing the G protein.

A preprint version of the study is available on the bioRxiv* server while the article undergoes peer review.

The expression of ACE2 receptors on primate myocytes is not prominent, so the authors initially administered the VSV-SARS2 via the intramuscular route into six virus-naïve macaques. In comparison to a control group of unvaccinated animals, all of the monkeys in the experimental group had developed anti-S antibody responses by four weeks.

However, compared to the mean anti-spike and neutralizing antibody titers of SARS-CoV-2 previously infected humans, the numbers observed in the monkeys were relatively very low. The authors did administer the vaccine orally to a group of animals, of which none elicited immune responses. These results suggest that the G-deficient VSV-SARS2 virus was weakly immunogenic when administered via the intramuscular route and even more so via the oral route.

The neutralizing antibody titers generated from the vaccine in two of the three monkeys who responded were well maintained, with no significant decrease throughout the study, suggesting this vaccine elicits a durable, robust immune response. The monkeys who received intramuscular vaccination both generated low titers of G-reactive VSV neutralizing antibodies, even though the VSV-SARS2(G+) virus does not encode the G protein, which suggests the injected virus particles carrying small amounts of G protein were sufficient to induce an immune response.

The authors administered oral boosters of the vaccine to six of the macaques previously used in the earlier experiments to determine if this would refresh or amplify any existing immunity. For this experiment, four animals received a high dose of the oral vaccine (109 TCID50), and two received a low dose (5×106 TCID50).

Within one week of receiving the oral booster vaccine, all animals in the high dose group displayed logarithmic increases in total neutralizing and IgG antibodies. Only one of the two in the lower dose group showed similar results.

No anti-G antibodies were detected in any of the orally boosted animals, which implies that it could be possible to use the G-pseudotyped platform repeatedly in the same individual to boost immunity against diverse coronavirus S proteins.

The lack of immune response to the VSV G protein when the G-supplemented viruses were received via the oral route is an essential mechanism of the VSV system, which will permit the future development of G-supplemented VSVs whose G cistron has been replaced with the envelope glycoproteins from other coronaviruses or other pathogenic virus families. Therefore, G-supplemented VSV particles could eventually be utilized as a versatile oral mucosal vaccine platform.

The authors demonstrated the safety and oral immunogenicity of a VSV-derived mucosal vaccine against SARS-CoV-2 by using a relevant translational non-human primate model. Following the completion of these studies, the authors have increased the manufacture of the vaccine and are in ongoing discussions with the FDA.

Colin graduated from the University of Chester with a B.Sc. in Biomedical Science in 2020. Since completing his undergraduate degree, he worked for NHS England as an Associate Practitioner, responsible for testing inpatients for COVID-19 on admission.