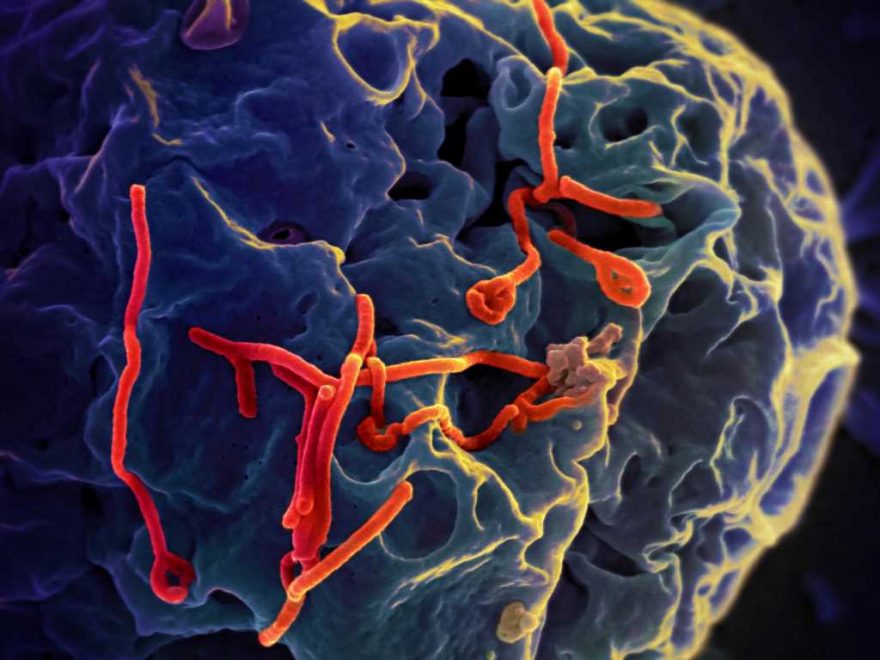 The Ebola virus was first identified in 1976 near the Ebola River in the Democratic Republic of the Congo. Since then, there have been periodic outbreaks of Ebola Virus Disease (EVD), mostly in Africa, resulting in 13,700 deaths worldwide.

EVD is highly contagious with close contact and is often fatal. Along with causing hemorrhagic and gastrointestinal symptoms, EVD also damages the liver. Researchers led by Gustavo Mostoslavsky, associate professor of microbiology and medicine at BU School of Medicine (BUSM) and co-director of the Center for Regenerative Medicine (CReM), and Elke Mühlberger, Ph.D., professor of microbiology at Boston University’s National Emerging Infectious Diseases Laboratory (NEIDL), used human stem cells to study how the Ebola virus infects and damages the liver.

“This is the first time such a platform (liver cells produced from stem cells) has been used to study Ebola virus infection. Our results provide first insights into the host response of primary human liver cells upon Ebola virus infection,” Mostoslavsky and Mühlberger said about the study. They are the corresponding authors of a paper titled “Ebola virus infection induces a delayed type I IFN response in bystander cells and the shutdown of key liver genes in human iPSC-derived hepatocytes,” published in online in Stem Cell Reports.

Researchers used induced Pluripotent Stem Cells (iPSC), which are made from cells from tissues and organs that are genetically manipulated to form other cell types. In this research the iPSC were altered to develop into hepatocyte-like cells (HLC). Hepatocytes make up 80 percent of the liver’s mass and perform many of its functions, such as detoxification, carbohydrate metabolism, and lipid metabolism.

These HCLs then were infected with the Ebola virus and analyzed for the presence of the virus to determine whether it can replicate in HLCs and what type of reaction that infection elicits in these liver cells.

“Our study shows that major liver cell functions are compromised by Ebola virus infection. It also suggests that these highly pathogenic viruses have evolved a mechanism that prevents an early antiviral response in the infected organism. This gives them enough time to replicate and cause damage,” said Mostoslavsky and Mühlberger.

They hope that the study provides a new model, using cells derived from human stem cells, to study the way viruses interact with their host. Knowing the way these viruses damage tissue may lead to better ways to fight these infectious diseases, they said.

“Ebola virus outbreaks have a very high mortality and have a tremendous impact on healthcare. Understanding how the virus causes tissue damage is key to help design novel therapeutic interventions or prevent spread,” said Mostoslavsky and Mühlberger.