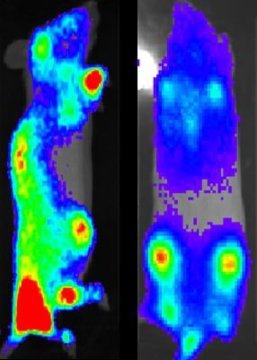 Scientists at Seattle Children’s Research Institute are paving the way to use gene-edited B cells — a type of white blood cell in the immune system — to treat a wide range of potential diseases that affect children, including hemophilia and other protein deficiency disorders, autoimmune diseases, and infectious diseases. If successful, their research would open the door to offering this experimental cell therapy as the first-of-its-kind in clinical trials at Seattle Children’s in as soon as five years.

B cells play a central role in the immune system. When the body is confronted with an infection, they turn into plasma cells that release protective antibodies that both fight ongoing infections and prevent future ones. Unlike other cells of the immune system that have relatively short lifespans, plasma B cells can survive and continuously produce antibodies for decades.

Because plasma cells are so efficient at making and secreting proteins like antibodies they could be the ideal cell type to produce therapeutic proteins.

Dr. David Rawlings, Dr. Richard James and their colleagues in the research institute’s Center for Immunity and Immunotherapies are among a small number of research groups in the U.S. dedicated to exploring how clinicians might some day use plasma cells to fight diseases in children. In a scientific first, a basic science research team led by Rawlings and James genetically reprogrammed human B cells to act as cell factories capable of delivering sustained, high doses of a therapeutic protein introduced by gene editing.

“Theoretically, the B cells we created could provide a long-term treatment for a wide range of diseases where the body lacks the ability to make a certain protein, like in the case of the bleeding disorder, hemophilia B,” James said. “Such a cell therapy could also have broad applications for autoimmune conditions, where the introduced protein could be used to turn off abnormal immune responses, or to disarm infectious diseases by secreting known protective antibodies.”

The other question researchers had to answer was whether or not the reprogrammed B cells would persist in the body after being introduced, and James and his team did just that.

James presented research at the 2019 American Society for Gene and Cell Therapy annual meeting that was the first to demonstrate that engineered human B cells can survive indefinitely in any model. To do this, the scientists developed mouse models with the same molecular features necessary for the survival of long-lived antibody secreting cells in humans.

This, according to James, is one feature of Seattle Children’s gene-edited B cells that may offer an advantage over others.

“While others have developed a relatively short-lived product, the reprogrammed B plasma cells studied in our research have the potential to reside in the bone marrow and produce high-levels of a therapeutic protein for a much longer period,” he said.

Now that James and his team have models with B cells that last, their future studies will utilize these models to test potential new therapies.

“This is a significant advance because, until now, we haven’t been able study long-lived B cells in animal models and the possible therapies they can deliver,” James said. “This study illuminates a path forward for doing so.”

Fine-tuning B Cells into therapeutic powerhouses

Over the next several years, Seattle Children’s will lead experiments to improve the engineered B cells produced in their initial studies. This work will specifically focus on how to best manipulate these B cell products so that it’s feasible to translate them into clinical use.

One question the scientific team plans to address is how to exponentially expand engineered B cells to reach the volume needed for infusion into a patient. Other studies will seek to find ways to make more therapeutic protein from each cell, as well as identify approaches to ensure that engineered cells take hold and persist when infused back into a patient undergoing treatment.

“A novel cell therapy using engineered B cells has the potential to transform the care of children and adults with serious diseases, so it’s exciting to begin work toward making a clinically available product at this point in our research,” James said. “The hope is that we’re in a position to open a phase 1 clinical trial in the next few years.”