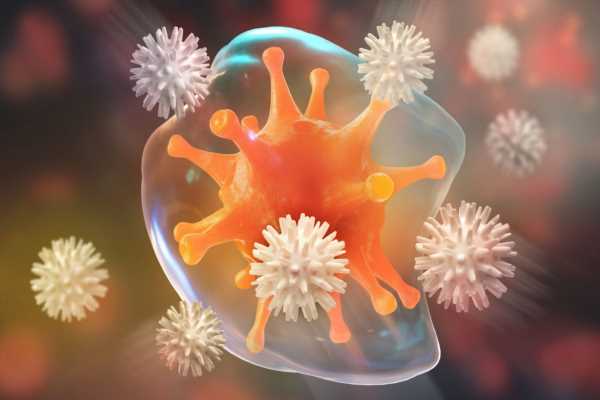 In a recent study published in Nature, researchers systematically mapped the surface proteins on human leukocytes to examine interactions between their cell-surface proteomes and develop a physical wiring diagram encapsulating the diversity of surface protein architectures found across all major subsets of leukocytes.

Despite their therapeutic potential, the map of the surface interactions and physical associations of immune cells circulating throughout the human body remains incomplete. Previous studies have explored differentially regulated interactions in particular cell types. However, a systematized catalog of multicellular immune circuits is missing. Studies have also barely demonstrated the overall connectivity of immune cells and their dynamic physical interactions and disengagements.

In the present study, researchers used a high-throughput surface receptor screening method to gather a quantitative view of the receptor wiring that connects human immune cells. Further, they identified biophysical parameters driving each novel interaction and integrated the interactome with expression data to identify trends in the dynamics of immune interactions. The study-used scalable arrayed multi-valent extracellular interaction screen (SAVEXIS) and simultaneously screened thousands of interactions using minute amounts of protein. The study design was 'tuned' to detect even low-affinity interactions across the range of cell-surface protein structural classes.

The researchers also developed a reductionist mathematical model to predict cellular connectivity from basic principles (e.g., the law of mass action) and an interactive multi-tissue single-cell atlas, available at https://www.sanger.ac.uk/tool/immune-interaction/immune-interaction to infer the functional significance of all immune interactions in the human body.

Further, the researchers performed high-throughput cellular phenotyping assays on human immune cells pre-treated with recombinant proteins identified via a molecular wiring map. They used high-content microscopy for measuring leukocyte activation and cellular interaction phenotypes, which captured all major leukocyte populations in one multiplex experiment. They incubated all types of human leukocytes with purified proteins from a recombinant surface receptor library and measured changes in both cell-cell interactions and the proportions of activated cells elicited by each protein at four and 24 hours.

Lastly, the team verified whether the identified surface protein interactions occurred between immune cells in vivo. They found that Jagged 1 (JAG1)–vasorin (VASN), a novel interacting protein pair identified in the current study, was distributed in bordering regions of the immune-cell-rich compartments of human lymph nodes.

The researchers discovered 28 new interactions non-existent in their literature curation, expanding the total number of known high-confidence interactions in the human immune system by 20%. They identified human leukocyte antigen (HLA)-E and HLA-F as endogenous non-tumor ligands for the immune checkpoint receptor V-domain Ig suppressor of T cell activation (VISTA); the ability of vasorin to act as a receptor for Jagged ligands; and immunoglobulin family receptors binding members of the amyloid precursor protein family.

Of all the identified sets of immune receptors, they observed 57% unique binding pairs, with either protein having no other binding partner. Such proteins generally have signaling roles, whereas interconnected proteins feature integrins and other adhesion molecules. Combining the binding affinity measurements with surface plasmon resonance (SPR) data revealed that circulating T cells had a slightly higher preference for high-affinity receptors when pairing with B cells compared to dendritic cells (DCs).

Although simplistic, the study model could still infer the relative frequencies at which human immune cells physically interacted, consistent with published empirical measurements. Functional screening on blood immune cells further pointed to some important immune pathways, for example, the role of SLIT And NTRK Like Family Member 4 (SLITRK4) in lymphocyte responses.

The researchers systematically mapped and modeled cellular circuits in immunity and beyond in the current study. The study combined several approaches to visualize the collective actions of protein molecules through physical laws to predict cellular connectivity on a scale as large as the circulating immune system. The methods developed in the study could also provide a template for future studies looking at detailed physical cell wiring networks.

Neha is a digital marketing professional based in Gurugram, India. She has a Master’s degree from the University of Rajasthan with a specialization in Biotechnology in 2008. She has experience in pre-clinical research as part of her research project in The Department of Toxicology at the prestigious Central Drug Research Institute (CDRI), Lucknow, India. She also holds a certification in C++ programming.