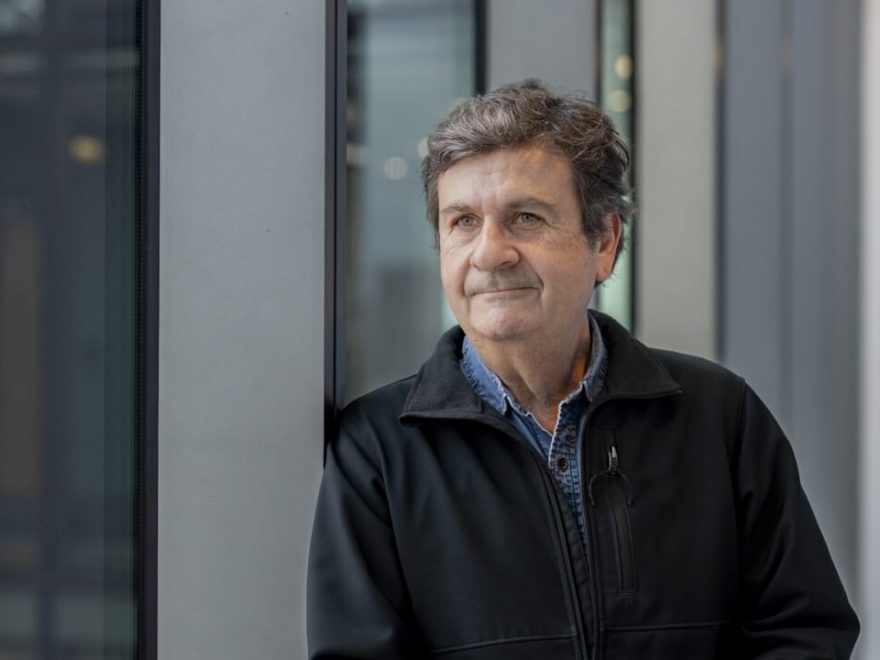 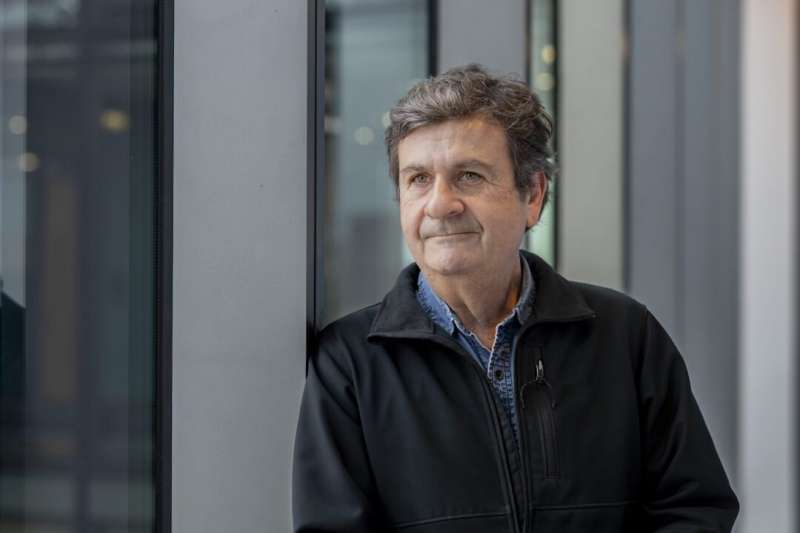 For over 1 million adults and children in the United States who suffer from inflammatory bowel disease (IBD), symptoms such as abdominal pain, digestive issues, weight loss and fatigue are an uncomfortable way of life, even with treatment. IBD (a term for two conditions, Crohn’s disease and ulcerative colitis), shows up as chronic inflammation of the gastrointestinal tract. The exact cause of IBD is unknown, but the disease results from a defective immune system. A properly functioning immune system protects the body by attacking foreign organisms, such as viruses and bacteria. However, in IBD, the immune system doesn’t respond correctly to environmental triggers, leading to inflammation of the gastrointestinal tract. Genetics also appears to play a role in IBD, according to the Centers for Disease Control and Prevention. Along with the pain and discomfort of the disease, IBD patients are also at risk of developing colorectal cancer.

Didier Merlin, a distinguished university professor in the Institute for Biomedical Sciences, has been studying IBD for 25 years. His research is focused on bringing relief to these patients.

“Unfortunately, IBD has no cure and available treatments are not always effective,” he says.

Initial treatment fails to work for more than a third of patients with IBD, and up to 60 percent who do respond to treatment lose response over time. A year after diagnosis, only about 20 percent of patients are in remission, and many struggle to manage their disease.

Even when medications work, patients can experience adverse side effects, including headaches, abdominal pain, diarrhea, nausea and vomiting. These effects are common because the medications are systemically administered, meaning the drug is delivered intravenously and travels through the bloodstream to the entire body. Although this produces the desired effect on the inflamed tissues, it can also cause undesirable side effects. Systemic treatments can also be time-consuming and inconvenient for patients, who can’t take the drugs at home but must schedule appointments at outpatient clinics.

A new approach, powered by nano

When it comes to improving patients’ quality of life, new breakthroughs in medicine delivery processes can be incredibly meaningful—sometimes even more so than a new treatment or drug. Merlin is developing smart drug delivery platforms to treat IBD and colorectal cancer using nanotechnology, a branch of technology that manipulates matter at the atomic, molecular and supramolecular scales.

With nanotechnology, it’s possible to tailor the structures of materials at extremely small scales to achieve specific properties. One of the most attractive applications for nanomaterials in medicine is as a drug or vaccine delivery system. The development of mRNA-based vaccines to protect against COVID-19 marked a milestone in the field. Messenger RNA (mRNA) is delicate, making a daunting task of delivering it safely into cells. To get around that challenge, the vaccines use lipid nanoparticles (LNPs) as a shell to protect mRNA and help ferry it into cells, where it’s used to make proteins that in turn help our immune system develop antibodies.

This vaccination strategy will no doubt be applied in combatting other viruses, such as flu, says Merlin, and LNPs may eventually be loaded with multiple mRNAs to simultaneously protect against infection by multiple pathogens.

This more tailored strategy could also reduce the off-target side effects associated with an otherwise effective treatment. For example, current delivery techniques for chemotherapy (i.e., intravenous injection) involve the systemic administration of a high concentration of a drug, which then travels throughout the body, damaging healthy cells as well as cancerous ones. Using nanotechnology, it might be possible to shuttle a chemotherapeutic agent directly to the tumor, decreasing the required dosage and minimizing exposure to the rest of the body.

“The benefit of using nanotechnology in this way is that it allows you to narrowly target a drug to a specific site,” Merlin says.

With Merlin’s new approach to treating IBD, a nanoparticle would be loaded with a drug that would be released at the site of inflammation. For example, patients with ulcerative colitis could take a pill containing the nanoparticle, which would pass through the stomach and small intestine before releasing the drug at the colon, also known as the large intestine. Crohn’s disease is more complicated because it can affect the entire gastrointestinal tract. If Crohn’s disease affects the small intestine, the nanoparticle would have to be engineered to stop there.

“Targeting the large intestine is always easier because it’s at the end of the road,” says Merlin. “The small intestine is trickier. We have to find a way to ensure this nanoparticle can attach to the tissue there and deliver the drug.”

To help monitor the treatment’s success, the drug could be combined with a marker, allowing clinicians to see the nanoparticle’s exact location in the body and whether the drug was conveyed at the intended site.

A nanotechnology delivery platform could be used to treat many diseases, including cancer, or even to restore a healthy gut microbiota. Changes in the bacterial composition of the gut can induce disease, including IBD, so using nanotechnology in this way could offer a new therapeutic strategy.

In his latest study, published in the journal Pharmaceutics in August 2021, Merlin found an orally-delivered drug encapsulated in nanolipids was effective at targeting the large intestine and consequently led to changes in the composition of gut microbiota in mice. This in turn modified how the gut microbiota functioned, suggesting the drug could be a powerful tool for treating ulcerative colitis.

Merlin’s research is well recognized in the field of gastroenterology, and he says interdisciplinary collaboration has been key to his success. It’s one reason why he came to Georgia State in 2011.

“Nanotechnology demands multidisciplinary expertise,” Merlin says. “At Georgia State, it’s easy to find collaborators in critical fields like chemistry and physics. It was really important for me to move to the university to gain that potential for greater collaboration.”

Merlin is also a senior research career scientist at the VA Medical Center, which allows him to meet regularly with gastroenterology physicians who are treating IBD patients. Veterans are at a higher risk of developing IBD and colorectal cancer than the civilian population, possibly because they are exposed to chemicals during war that trigger the development of digestive issues.