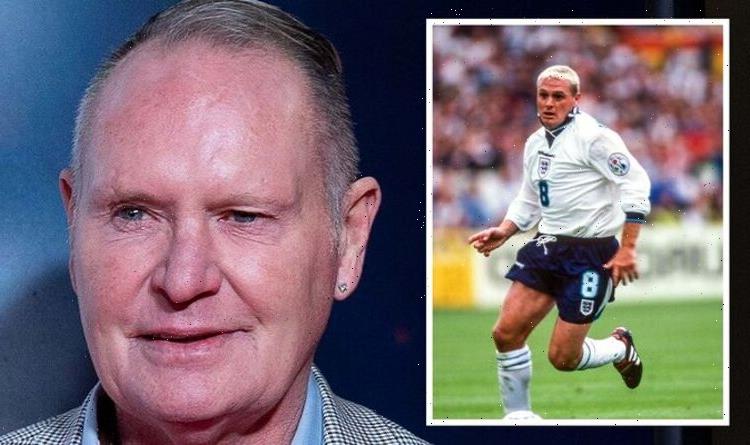 Gascoigne, AKA Gazza, has had books written about him; had his life scrutinised during a Piers Morgan’s Life Stories, and is set to feature in a new documentary called Gazza on BBC two. It’s no surprise: The ex-England footballer, 54, has had an extraordinary life which inspired obsession or “Gazzamania”. But that obsession wasn’t only about his football but his private life, which included alcoholism, a bipolar diagnosis and growing paranoia.

Talking at the screening of the new documentary, Gascoigne said: “It was really emotional watching back everything. Some things are very hard to watch, but others are good memories with my friends.”

The star entered therapy in 1998 for his alcoholism after downing 32 shots of whiskey, and was diagnosed with bipolar disorder in 2001.

What happened to Paul Gascoigne?

Gascoigne’s life has been marked by a few traumatic events.

The star, who was famously injured in the 1991 FA Cup final between Tottenham Hotspur and Nottingham Forest, had suffered childhood trauma.

Aged 10, he held his friend’s younger brother in his arms as he died, which he recalls in his autobiography Being Gazza.

The child who died, called Steven Spraggon, was playing on the pavement before running out into the road and getting struck by an ice cream van.

And later in his life he was “exploited” and “taken advantage of” by the press and people close to him, according to Paul’s sister Anna, who spoke at the screening.

Commenting on the documentary, she said: “For me, it really highlighted what I have been saying for years: Paul was a young vulnerable man whose mental health suffered terribly because he was exploited, used and taken advantage of by people who he trusted to benefit their careers and line their pockets.

“The actions of the press and the betrayal of people close to Paul, who also had close connections to the press, is appalling.”

In a previous interview with GQ, Gazza suggested that “the press make me depressed”.

In 2011, the News of The World, owned by Rupert Murdoch, ceased its operations after widespread allegations of phone-hacking.

Gazza, who received damages of £188,250, was one of the people who claimed against the company. He has been open about how the hacking drove him to severe paranoia and distress.

During the documentary, a News of the World journalist said: “The guy ends up diagnosed with extreme paranoia when the reality was, it wasn’t paranoia, it was genuinely true. We put the paranoia there.”

In the GQ interview, Gazza said: “The paranoia was unbelievable. I was frightened to touch food.

“I had six mobiles and I was sure they were all being tapped. Of course I was right about that one. But I was well gone.”

Today, the former footballer is sober despite his son at one point telling the Daily Mail in 2009 that Gazza is “probably going to die soon”.

Susanne Reed on This Morning recently congratulated him on “beating your demons”.

He replied: “I just try and take each day as it comes and don’t beat myself up, there’s enough people to do that for us.

“Things are just looking good, like I said, I just try and take each day as it comes.”

Research has shown that bipolar is likely to come with many other mental health disorders, as they did for Gascoigne..

One review of scientific literature found that anxiety disorders are most commonly associated with bipolar.

According to the NHS, the symptoms of the manic side of bipolar are: feeling very happy, having lots of energy and ambitious plans, and spending lots of money on things you can’t afford.

These are normally followed by symptoms of depression, which include overwhelming feelings of worthlessness, which can lead to suicidal thoughts.