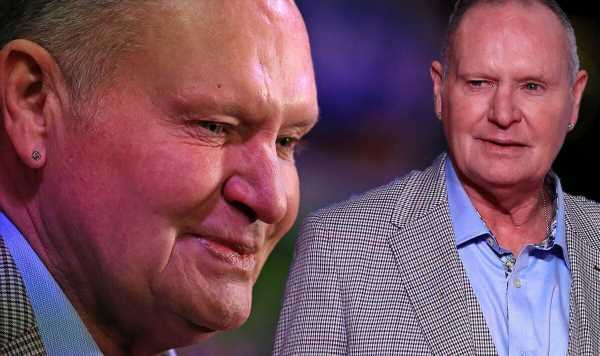 Alcoholism became close to destroying Gascoigne on a number of occasions. And in addition to his demons, he has also been diagnosed with obsessive compulsive disorder (OCD), bipolar disorder, as well as a history of eating disorders. Despite making numerous attempts to curb his addiction for good, back in February 2021, the star insisted that he will “always be an alcoholic”.

His addiction started after retiring from professional football and on an appearance of Piers Morgan’s Life Stories, Gascoigne revealed the true horror of his struggle.

He recalled putting away four bottles of whiskey every single day. What was coined as the “whiskey diet”, Gascoigne went a remarkable four months without eating or drinking anything else.

In addition to his heavy drinking, the former England player would snort 16 lines of cocaine a day, putting himself in severe danger.

As he went to rehab to seek help for his addiction, the 5’10 star said his weight had dropped to nine stone and he was frightened to drink water because he thought it might kill him.

Always being open and honest about his struggle, Gascoigne revealed that in 2020 he had spent £20,000 on an operation back in 2018 to have anti-alcohol pellets sewn into his stomach. The aim of the operation was to make him feel sick if he drank.

However despite the operation, the star relapsed, and in September 2021, he appeared on Good Morning Britain, revealing how “gutted” he was to be back on the booze.

At the time he said: “I just try and take each day as it comes and don’t beat myself up, there’s enough people to do that for us.

“Things are just looking good, like I said, I just try and take each day as it comes.”

Insisting this time that he was “on top of things”, the sportsman went on to say: “I’ll always be an alcoholic, but now I can have a couple of glasses of wine, and I have a few beers.

“Not every day, but when I want to. I don’t ever drink when… well, put it this way – if I want a drink I’ll have a drink. If I don’t want one I’ll just leave it, which is not the right thing, but I’ve been like that for ages.

“I’m on top of things at the moment. I’m enjoying life.”

Most recently the footballer was briefly seen on Dancing On Ice, where he supported son, and show champion Regan. One of his performances left his father “almost” in tears as he watched proudly in the audience.

The NHS warns that alcohol is a “powerful chemical” that can have a wide range of adverse effects on almost “every part of the body” including the brain, bones and heart.

Over time, excessive alcohol use can lead to the development of chronic diseases and other serious problems including:

In fact, even in the short-term, drinking large amounts of alcohol can cause adverse effects including an increased heart rate, impaired reaction time, impaired vision and in some cases alcohol poisoning.

This will leave individuals feeling badly dehydrated in the morning, which may cause a severe headache. The excess amount of alcohol in the system can also upset digestion, leading to symptoms of nausea, vomiting, diarrhoea and indigestion.

If individuals drink less than 14 units a week, it is considered low-risk drinking. It’s called “low risk” rather than “safe” because a safe drinking level does not exist. The type of illnesses you can develop after 10 to 20 years of regularly drinking more than 14 units a week include:

There is also evidence to suggest that regular drinking at high-risk levels can make mental health worse.

For addicts and those wanting to cut down on their alcohol intake, the NHS warns that a problem known as kindling can occur. This is a problem that can occur following a number of episodes of withdrawal from alcohol. The severity of a person’s withdrawal symptoms may get worse each time they stop drinking, and can cause symptoms such as tremors, agitation and convulsions (seizures).

With each alcohol withdrawal episode, the brain and nervous system becomes more sensitised and the resulting side effects become more pronounced. However, to overcome problems such as kindling, a person’s alcohol withdrawal programme will be carefully planned, with close monitoring of its effects.

Help and advice for people with a long-term condition or their carers is also available from charities, support groups and associations. Help and advice is available 24 hours a day seven days a week on 116 123 or via email at [email protected] Or at the Drinkline on: 0300 123 1110 (weekdays 9am–8pm, weekends 11am–4pm).