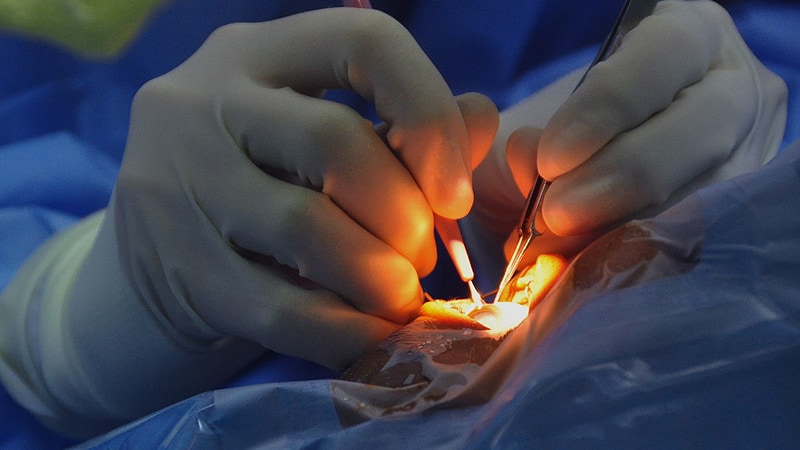 A New York appeals court has upheld a $1.2 million verdict against an eye surgeon after his patient went blind after cataract removal and lens replacement surgery. 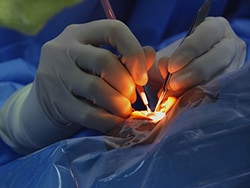 Carola Rozon visited New York ophthalmologic surgeon Edwin Schottenstein, MD, in 2013 to undergo a second eye surgery, according to court documents. As with the previous surgery, Schottenstein performed phacoemulsification, a technique by which the tip of an ultrasonic machine is inserted into the lens through a small incision in the anterior chamber. The machine’s vibrations break up the hard, inner portion of the nucleus that is affected by the cataract, and the lens is then extracted with irrigation and suction, leaving the capsular bag filled with fluid.

Schottenstein made a 2.75-mm incision in the anterior chamber and successfully removed most of the nucleus of the cataract lens, according to the appellate decision. However, complications arose during the surgery when the capsular bag tore, and a piece of the lens dropped through the tear into the back of the patient’s eye.

Following the complications, Schottenstein injected a folded 6-mm intraocular lens (IOL) into patient’s eye, but it was off center and moved toward the back, according to court documents. He removed it with holding forceps, pulling the unfolded 6-mm IOL through the 2.75-mm incision.

On January 9, 2014, there was till blood in the patient’s eye from the hemorrhage. The vitreoretinal surgeon did not perform another B-scan and stated that with a fundoscope, he could see the back of the eye and the piece of fallen lens, according to court documents. No retinal tears were seen. Surgery was scheduled for 6 days later.

During the surgery, the vitreoretinal surgeon noted a choroidal effusion, swelling of the blood vessels that feed the retina. After draining it, he saw a giant retinal tear and retinal detachment at the top of the patient’s eye. Over the course of a year, the vitreoretinal surgeon performed five more surgeries to repair the giant retinal tear, but they were unsuccessful. Ultimately, the patient lost sight in her right eye.

The patient sued Schottenstein for malpractice in 2016, alleging that as a result of his negligence, she suffered the retinal tear and is now blind in her right eye. A trial took place in November 2019.

What Did the Experts Say?

At trial, the plaintiff’s expert, an ophthalmologic surgeon, testified that removing the 6-mm IOL through the 2.75-mm incision and the associated manipulations of the patient’s eye caused the retinal tear and the ensuing retinal detachment, according to court documents. The small tear was not immediately seen by the physician because he was not looking at that part of the eye. The tear grew to become the giant tear eventually seen by the vitreoretinal surgeon, the expert testified.

The vitreoretinal surgeon would not have seen the small retinal tear when he first examined the patient because B-scan ultrasounds are not generally used to diagnose retinal tears, he testified.

A vitreoretinal expert for Schottenstein testified that retinal tears that are tractional in origin tend to have a retinal flap that can be seen as a small indentation on a B-scan ultrasound. However, a tear with no flap would not be visualized by the scan. An ophthalmologic surgeon who testified for Schottenstein said it’s possible the retinal tear would not have been visible to Schottenstein or the vitreoretinal surgeon if vitreous fluid that was pulled into the anterior chamber was not a strand but just a blob too small to distort the pupil.

The jury found for the plaintiff, awarding the patient $1.2 million. Schottenstein requested the trial court to overturn the jury’s verdict and award judgment in his favor or grant a new trial, which was denied.

On March 1, 2022, the Supreme Court Appellate Division of the First Judicial Department affirmed the decision.

“To be against the weight of the evidence, a verdict must be palpably wrong,” judges wrote in their opinion. “In this case, we cannot say the verdict is palpably wrong. The jury found that plaintiff’s injuries were proximately caused by defendant. They deemed the testimony of plaintiff’s expert, when considered with the documentary evidence and all the other evidence in the case, more credible than the testimony of the vitreoretinal surgeon, and defendant’s expert witnesses. The differing testimony and conclusions on causation given by defendant’s witnesses do not require a different outcome.”

Attorneys for the parties in this case did not return messages seeking comment.