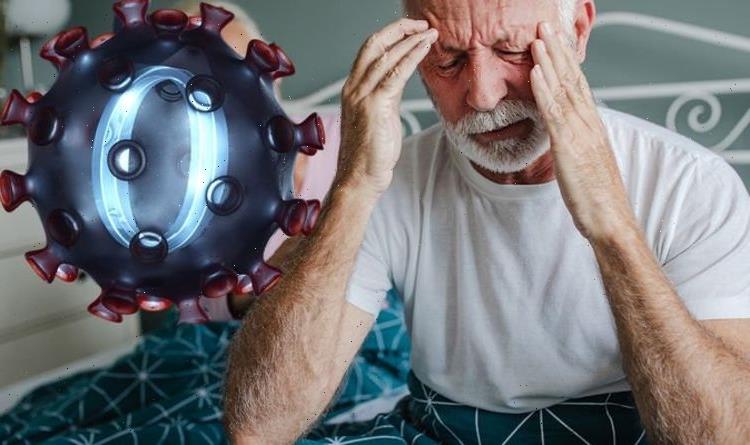 Coronavirus: WHO on new variant with 'multiple mutations'

Omicron appears to be receding in the UK but other countries have now become the battleground. The variant is causing cases to explode in the US, which is averaging more than 500,000 new cases daily. Growing evidence suggests it results in a milder form of the disease but this should not invite complacency.

A San Francisco-based doctor has issued this wake-up call after his son became hit with an onslaught of nasty Omicron symptoms.

His son’s experience is particularly unnerving because he had received three doses of the Moderna jab.

“Lower your guard and it’ll pounce,” Doctor Bob Wachter, the chairman of the department of medicine at the University of California, San Francisco, wrote in a tweet Saturday.

In the Twitter thread, Doctor Wachter recounted his son’s recent ordeal with Omicron, which caused the 28-year old, who has received three doses of the Moderna vaccine, to “wake up feeling awful”.

He also displayed a slew of common cold-like symptoms, including a sore throat, dry cough, muscle aches, and chills.

“My son should do OK, but the illness & the anxiety [Omicron] causes are miserable,” the doctor wrote.

His son’s symptoms are consistent with findings generated by the ZOE Covid Symptom study, which has been pooling insights from millions of users.

ZOE scientists conducted an initial analysis of symptom data from positive cases in London, which was the epicentre of Omicron at the time.

To compare Delta and Omicron, London data was selected from a week where Delta was dominant.

This initial analysis found no clear differences in the early symptoms (three days after test) between Delta and Omicron.

A number of cold-like symptoms were found to be associated with Omicron.