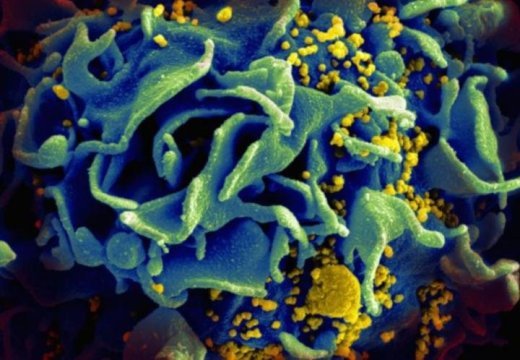 Regular infusions of an antibody that blocks the HIV binding site on human immune cells may have suppressed levels of HIV for up to four months in people undergoing a short-term pause in their antiretroviral therapy (ART) regimens, according to a report published online today in The New England Journal of Medicine. Results of the Phase 2, open-label study indicate the antibody, known as UB-421, was safe and did not induce the production of antibody-resistant HIV. The study was supported in part by the National Institute of Allergy and Infectious Diseases (NIAID), a component of the National Institutes of Health, and United Biopharma, Inc.

The study was conducted in Taiwan and led by Chang Yi Wang, Ph.D., Chief Scientific Officer and Chairperson of United BioPharma, Inc. Twenty-nine volunteers with well-controlled HIV discontinued their normal regimens of daily oral ART at the time of their first infusion or one week later, depending on their ART regimen. Fourteen study participants received eight regular weekly infusions of UB-421, while 15 received eight higher-dose infusions every other week. At the end of the 8- or 16-week treatment period, all volunteers restarted their previous ART regimen and were evaluated in follow-up visits up to eight weeks later. Apart from a single participant who discontinued the study because of a mild skin rash, volunteers in both groups maintained HIV suppression (plasma HIV RNA levels under 20 copies/mL) throughout the treatment period in the absence of ART.

Previous experimental infusions of broadly neutralizing antibodies, or bNAbs, have suppressed HIV for about two weeks by targeting proteins on the virus itself, but the rapid mutation rate of HIV induces antibody-resistant strains that render the treatment ineffective. UB-421 theoretically avoids this possibility by blocking a stable human protein that HIV uses to infect T cells. Indeed, resistance to UB-421 was not seen in this study. Because the small study did not include a comparator group receiving a placebo infusion, further studies have been planned in Taiwan and Thailand to evaluate the safety and efficacy of UB-421 as a treatment for HIV. In a related study, NIAID investigators currently are evaluating the safety of regular infusions of two highly potent bNAbs that may prevent the development of resistant HIV strains by targeting two distinct areas of the virus.