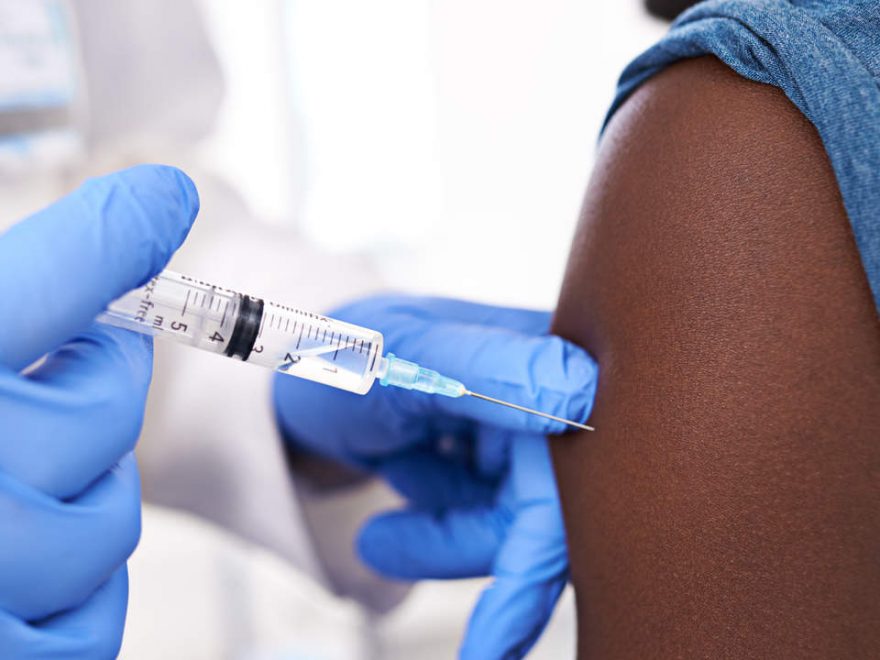 The flu shot most definitely cannot cause the flu—no matter how many times you’ve heard this longstanding myth.

Overall, the flu vaccine is “incredibly safe,” says Ann Falsey, MD, professor of medicine in the infectious disease unit at the University of Rochester Medical Center. “It’s been given to millions and millions of people and been around for a long time.”

But occasionally, it does bring some mild, temporary side effects. The most common ones include pain, swelling, and redness around the site of the injection—much like any shot—which may appear 24 to 48 hours after the actual shot. “That’s a local side effect,” says Dr. Falsey, and not everyone even gets it.

Some people—more commonly adolescents—faint after getting the flu shot. But experts think this is more of a psychological reaction than anything physical. “Some people can get extremely anxious when they get an injection,” says Teresa Murray Amato, MD, chair of emergency medicine at Long Island Jewish Forest Hills in New York. “There’s a drop in blood pressure and heart rate as a reaction to something very emotional or very shocking.”

That can happen in response to any shot, she says, not just the flu vaccine, as well as to other procedures, like getting stitches, or even just going to the doctor’s office in general. The biggest concern is that you might hurt yourself if you fainted and fell; that’s why you sit or lie down during the actual jab.

Very rarely, someone might have an allergic reaction to an ingredient in the flu shot, namely eggs. In the past, people who are allergic to eggs were recommended not to get the standard flu vaccine. But the Centers for Disease Control and Prevention (CDC)  the Centers for Disease Control and Prevention (CDC) now recommends even those with egg allergies get the vaccine—although some people with a history of severe reactions may need to get it with close medical supervision. (Most flu shots and the nasal spray vaccine are made "using egg-based technology" and therefore contain egg proteins, according to the CDC.)

Guillain-Barré syndrome (GBS), a neurological disorder that affects the peripheral nervous system and can cause weakness or even full paralysis, has been linked with the flu shot. However, research has been inconsistent; many experts question whether there's a relationship at all. “If there is an increased risk of GBS following flu vaccination it is small, on the order of one to two additional GBS cases per million doses of flu vaccine administered,” the CDC says. (GBS actually seems to be more common after the actual flu.) Tell your doctor or vaccine provider if you’ve had GBS in the past, and always seek medical help if you have any unusual symptoms after the flu shot or any other vaccine.

Okay, but can you get sick at all (even just a fever!) from the flu shot?

Even though the flu shot can’t cause the actual flu, some people experience body aches, headaches, muscle pain, and other flu-like symptoms after the shot, says Ram Neelagiri, MD, medical director of the University of North Carolina Primary and Specialty Care in Brier Creek.

You may even have a low-grade fever. But again, those symptoms aren't signs of the actual flu—it’s the result of your immune system reacting to the antibodies from the vaccine. “Your body is mounting a smaller immune reaction to the flu shot,” says Dr. Amato. “Think of it as a positive. Your immune system is working.”

The symptoms aren’t nearly as bad–and don’t last nearly as long–as the actual flu. If they do, it’s possible you caught the flu before you were vaccinated. It takes about two weeks to be fully protected from your shot.

In general, the flu shot is safe for most people aged six months and older, including pregnant women. This year, the CDC has included the nasal spray vaccine in its recommendations for flu vaccination. This vaccine contains a weak live virus and is approved for a narrower range of people: those aged 2 to 49 who don’t have any problems with their immune systems.

“Avoid close contact with anyone diagnosed with the flu,” says Dr. Neelagiri, and of course, wash those hands.