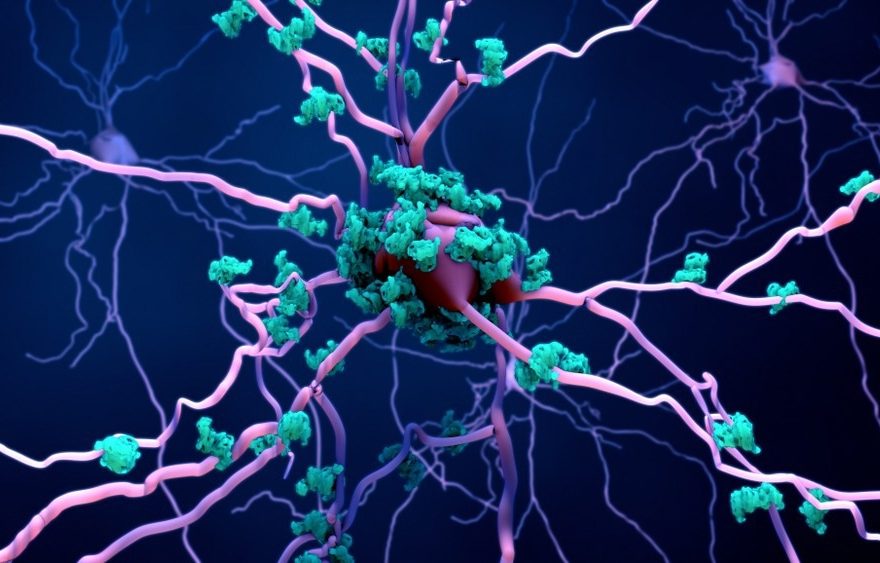 In a recent study published in Acta Neuropathologica, researchers examined the impact of tau neuropathology of APOE3 Christchurch (APOE3ch) homozygote against Alzheimer’s disease.

While Alzheimer’s disease often has early disease onset and high pathological severity, some cases have displayed delayed onset with the presence of the presenilin-1 (PSEN1) E280A mutation, indicating probable pathways of disease modulation. A study has reported a patient that carried a PSEN1 E280A mutation from the autosomal dominant Alzheimer’s disease (ADAD) kindred. The patient did not exhibit any Alzheimer’s symptoms until 70 years of age which was almost three decades after the average age of clinical onset. She was reported to carry two copies of the APOE3 Christchurch variant (APOE3ch) along with high levels of Aβ in the brain and limited tau pathology.

This is a ground-breaking case for Alzheimer’s disease and has already opened new paths for treatment and prevention, which we’re currently pursuing with some collaborators. This work is now bringing light into some of the mechanisms of resistance to Alzheimer’s disease.”

In the present study, researchers explored the postmortem findings and an in vivo follow-up, positron emission tomography (PET) imaging of a patient who was a carrier of an ADAD  PSEN1 E280A mutation and had an APOE3 Christchurch (APOE3ch) homozygote and was spared from Alzheimer’s symptoms.

The team obtained data related to structural magnetic resonance imaging (MRI), 18F-Flortaucipir (FTP) PET, and 11C-Pittsburgh compound B (PiB) from Massachusetts General Hospital. Imaging data collected from the patient was compared to that from other PSEN1 E280 carriers and sporadic AD patients aged over 65 years. The PET images obtained were affine co-registered to each T1 image, and all the PET datasets were sampled.

Automatic immunostaining was conducted, followed by antibody-specific antigen retrieval before the brain sections were incubated in the presence of the primary antibody. Brain color maps were also created to understand the anatomical distribution of the IHC signal and pathology. Furthermore, the frontal cortex, occipital cortex, or hippocampal formation (HIP) were dissociated, and the team performed nuclei isolation for each region.

The study results showed that at baseline, the patient had a high Aβ burden, especially in the neocortex, which was also observed in the other PSEN1 E280A carriers. The Aβ levels reduced during the three-year follow-up period but were still higher than those in other PSEN1 E280A carriers. The team observed an anatomical pattern with respect to accumulation that varied from what is typically observed in sporadic AD and other PSEN1 E280A carriers. Notably, tau PET highlighted relative sparing of the parietal and temporal neocortex with unusually elevated tau burden that was found in the occipital cortex. During the three-year follow-up period, there was also a remarkable increase in tau tangle burden in the medial temporal regions and the occipital cortex. This indicated a consistent decline in her functional and cognitive abilities.

Microscopic examination showed intermediate thinning in the fray matter ribbon as well as the presence of pathological hallmarks that indicated AD. Additionally, the distribution of tau was atypical since the amygdala, hippocampus, and occipital cortex displayed the highest tau signal density while the frontal cortex had negligible signal. On the other hand, Aβ distribution was in the fronto-temporal predominant pattern. This confirmed the presence of a different anatomical pattern compared to other ADAD cases.

The team also noted that the occipital cortex had cored and neuritic plaques and was also the sole neocortical structure with Aβ deposits in its blood vessels. Moreover, the cerebellum was the only region with cerebral amyloid angiopathy (CAA) in the leptomeningeal vessels. The brain sample also had features like perivascular space enlargement, arteriosclerosis, and microinfarcts. These features were more than average compared to the general population, possibly owing to the older patient age.

Moreover, cortical Iba1 signal and cluster of differentiation 68 (CD68)/transmembrane protein 119 (TMEM119) signal ratio was stronger in the occipital cortex than in the temporal and frontal cortices, which indicated This suggested that there were distinctive local and regional tau pathology as well as glial reactivity profiles that indicated protection against ADAD in most of the areas assessed.

Overall, the study findings showed that tau pathology was primarily responsible for the cognitive decline characterized in ADAD patients with PSEN E280A mutation and protection against this pathology is likely to be clinically efficacious.

Bhavana Kunkalikar is a medical writer based in Goa, India. Her academic background is in Pharmaceutical sciences and she holds a Bachelor's degree in Pharmacy. Her educational background allowed her to foster an interest in anatomical and physiological sciences. Her college project work based on ‘The manifestations and causes of sickle cell anemia’ formed the stepping stone to a life-long fascination with human pathophysiology.