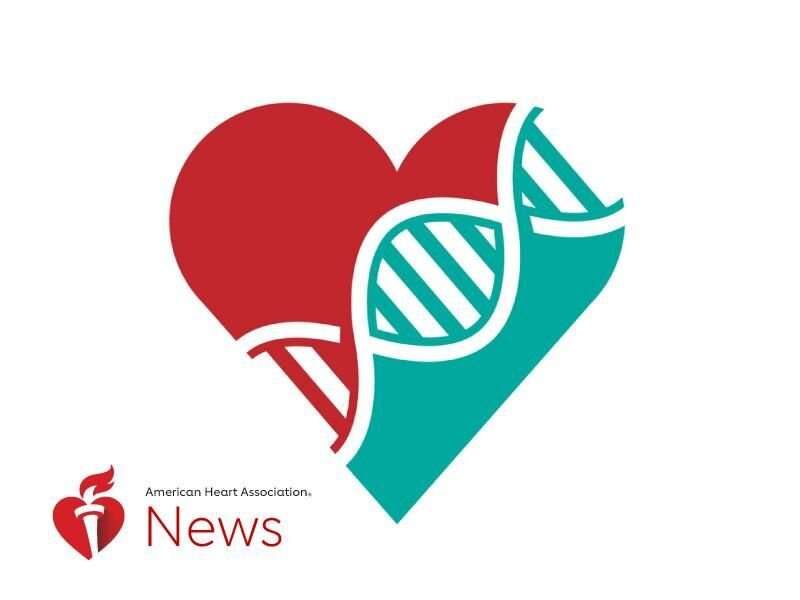 Understanding your risk of heart disease can be as cutting-edge as the latest advances in genetic science – or as down-to-earth as a conversation with grandma. For inherited heart disease specialists, those factors overlap.

Families can share a risk for several forms of heart disease, said Dr. Euan Ashley, director of the Stanford Center for Inherited Cardiovascular Disease in California. Common conditions such as stroke, high blood pressure, heart attack and diabetes have genetic components, he said.

Dr. Sharlene Day, an associate professor of medicine and genetics at Penn Medicine in Philadelphia, said discussion of inherited heart disease usually refers to a specific condition – something that runs in families due to a specific gene. Such conditions include:

An inherited problem can lie hidden for years. Sometimes, the first symptom is cardiac arrest, said Day, a genetic cardiologist who also is director of translational research for Penn’s Cardiovascular Institute.

Other times, people learn of a condition because something happened to a relative, which is why gathering a thorough family history is a key early step in the diagnosis. A 2020 American Heart Association scientific statement on genetic testing, which Day co-wrote, said the importance of gathering such a history “cannot be overemphasized.”

Traditionally, Ashley said, it was “the best tool in our armory” for diagnosing inherited conditions. The catch is “most people, very reasonably, don’t carry around an encyclopedic knowledge of their family’s health history.”

But Ashley, author of “The Genome Odyssey: Medical Mysteries and the Incredible Quest to Solve Them,” said affordable DNA testing has radically changed things.

“In the past, if we thought it was a genetic condition, we basically had to get to that by excluding everything else,” he said. Now, doctors just have to look at the genetic code. “In this new world, we’re able to actually sequence genes and give people definitive answers. And that’s powerful – first of all, just because having an answer is a powerful thing. But even much more important, it’s actionable.”

It’s much more complicated than what’s available in over-the-counter DNA kits, said Day, and it can’t be done without careful planning. “It’s important to have a team approach to treating the whole family,” she said. It should include genetic counselors who are trained not only in interpreting the results but in communicating information to relatives.

And now, testing is on the verge of moving beyond the relatively rare conditions that involve a single gene to those that involve complicated networks of genes, Ashley said. This year, he expects some medical centers to start factoring genetic tests into scores that are commonly used to predict cardiovascular risk. “That will give you a much more precise estimate of your risk of heart attack over the next 10 years.”

In 2009, Ashley was part of history when he treated a colleague who had been one of the first humans to have his genome sequenced. Through that, he learned he carried genes related to potentially fatal hypertrophic cardiomyopathy. The ability to make such discoveries, which Ashley considered “mind-boggling” at the time, is about to become commonplace.

But even amid such rapid change, some things stay the same.

First, Ashley said, anybody with questions about their health or family history should start by talking with their own doctor or cardiologist.

Second, exercise and diet matter no matter what your genes say. Research has shown a healthy lifestyle can offset the high genetic risks for coronary heart disease by nearly 50%.

And, Ashley said, he’s seen how families will continue to have a role in health that goes beyond sharing DNA.

When his team treats someone, “We’re never just taking on a single patient,” he said. It’s always an entire family. And whether they’re pulling together in a crisis or rallying to support someone who needs to change their lifestyle, families play an important but oft-overlooked role in health care, he said. “We’re just lucky in our clinic. Because we happen to see families by default, we see the power right in front of us.”

The vast majority of people with inherited heart disease, Day said, “continue to live normal, healthy lives.” Depending on the condition, some will need close surveillance and regular follow-ups. Some might need implanted defibrillators; some, heart transplants.