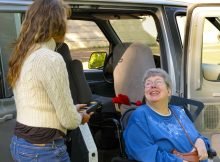 Multiple sclerosis (MS) is a disabling disease that destroys the myelin sheath that protects nerve fibers, causing loss of signaling and nerve cell damage in the central nervous system (CNS).

Now, a recent study from the University of Chicago in Illinois has revealed how a small molecule that bears the name Sephin1 can delay myelin damage in a mouse model of MS.

The journal Brain has recently published an account of the findings.

The study reveals that Sephin1 works by prolonging an inbuilt, integrated stress response (ISR) that reduces the harm that inflammation causes to myelin-producing cells, or oligodendrocytes.

First study author Yanan Chen, a postdoctoral scholar in the Department of Neurology, says that Sephin1 appears to offer “therapeutic potential with no measurable adverse effects.”

A disease that damages the CNS

MS is a long-term disease that damages the CNS and whose symptoms vary from person to person.

The symptoms that develop in MS are unpredictable and largely depend on where the damage to the CNS — which comprises the brain, spinal cord, and optic nerves — occurs. Flare-ups can come and go, or the symptoms can get worse over time.

MS symptoms can progress to blindness, paralysis, and more.

While anyone at any age can develop MS, it most often strikes between the ages of 20 and 50 years, and women appear to be three times more susceptible to the disease than men.

According to the National Multiple Sclerosis Society, there are at least 2.3 million people with MS worldwide. In the United States, estimates suggest that there could be nearly 1 million people living with MS.

Experts believe that MS is an autoimmune disease, that is one in which the immune system attacks healthy tissue in the same way as it attacks disease-causing bacteria, viruses, and other threats.

The inflammatory attacks in MS destroy myelin, which is an insulating layer of fatty protein that covers nerve fibers. The ensuing damage disrupts the electrical signals that nerve cells carry around the CNS and between the CNS and the rest of the body.

The damage can extend to nerve fibers, nerve cells, and the oligodendrocytes that make the myelin.

However, what triggers the immune system to behave in this way is a mystery. Some studies have suggested that genes are involved, although none has proved that people can inherit MS. Others have shown that environmental factors, such as smoking and low levels of vitamin D, might also raise the risk for MS.

Current treatments for MS aim to reduce the inflammation attacks on myelin and oligodendrocytes. However, because these dampen the immune system, they are not without risk. They can, for example, make the brain vulnerable to “opportunistic infections.”

So, the researchers behind the recent study decided to explore another option: instead of dampening the immune system, why not help the cells that MS affects to resist the damage that inflammation inflicts?

The team decided to investigate the ISR because it is an innate process that protects tissue cells from inflammation attacks by the immune system.

Tests have revealed that the high blood pressure drug guanabenz can enhance ISR in oligodendrocytes. However, the drug also leads to side effects, which include headache, weakness, dry mouth, and sleepiness. It can also bring on coma.

The team then discovered that Sephin1, which is a derivative of guanabenz but without measurable side effects, can also boost ISR in oligodendrocytes.

The small molecule helps to prolong ISR by blocking a pathway that shuts it down.

The team tested the effectiveness of Sephin1 in cell cultures and a mouse model of MS. In cell cultures, they found that the small molecule prolonged ISR in stressed oligodendrocytes.

In the mouse model, treatment with Sephin1 “delayed clinical symptoms” of MS.

The team linked the symptom delay to prolonging of ISR and a smaller loss of nerve fiber and oligodendrocytes. The treatment also led to a reduction of immune system T cells in the CNS.

The researchers further noticed that, by preserving oligodendrocytes and reducing the loss of myelin, the treatment resulted in less “myelin debris.” This could, in turn, reduce responses from the immune system.

In addition, it appears that Sephin1 may offer an even greater benefit if the scientists combine it with the existing MS drug interferon beta.

“Together, our results suggest that a neuroprotective treatment based on the enhancement of the integrated stress response would likely have significant therapeutic value for multiple sclerosis patients.”