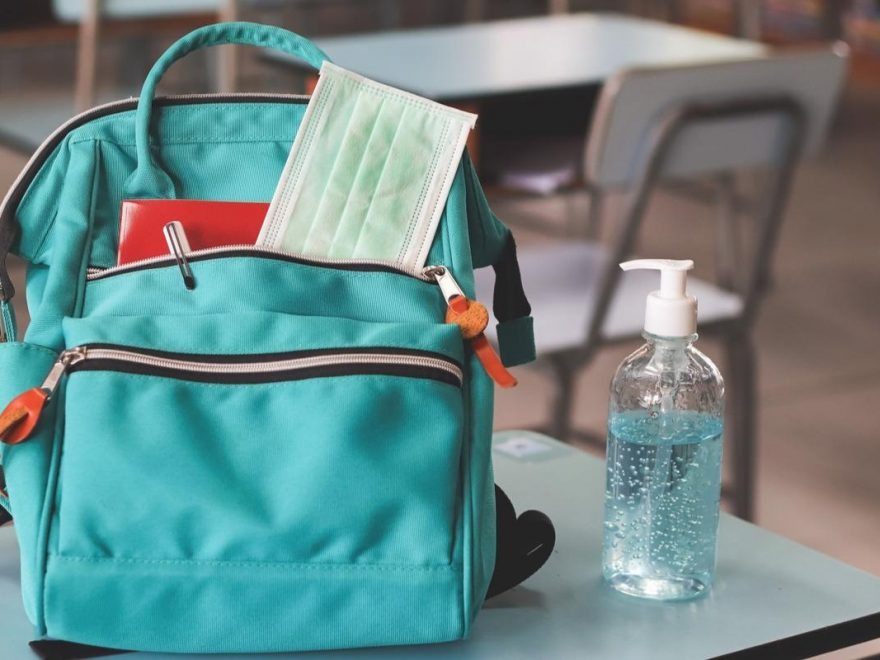 In a recent study posted to the medRxiv* preprint server, researchers assessed the robustness and feasibility of a layered coronavirus disease 2019 (COVID-19) mitigation strategy involving the use of ionizers, masking, filtration, and ventilation in limiting in-school transmission of severe acute respiratory syndrome coronavirus 2 (SARS-CoV-2).

The study and results

In the present study, researchers used a computational fluid dynamics (CFD) model to simulate the SARS-CoV-2 transmission in schools and evaluate the efficacy of layered COVID-19 mitigation strategies required if schools were to be kept open. They assessed the effect of infection-control methods in several scenarios that corresponded to variants with different viral loads.

The model was designed to assess the viral transmission in indoor settings assuming aerosol transmission of the airborne SARS-CoV-2 in enclosed spaces. The classroom was assumed to be a well-mixed container.

The effects of air quality (ionizers, ventilation, and filtration) and masking on the steady-state viral concentrations of the emitted virions by the infected and inhaled virions by the uninfected individual were assessed for Omicron, Delta, and Wuhan strains with differing viral loads to evaluate the effect of viral evolution on viral loads.

The model estimated that for a standard classroom (120 inches x 240 inches x 240 inches), the steady-state viral concentration emitted by a Wuhan-infected (low viral load) individual was about four virions/L, which would increase up to hundreds and thousands in case of infection by Delta (high viral load) and Omicron (medium viral load) infections. The virion steady-state concentration would be reached if an emitter would be present in the room for one to two hours in the case of the Wuhan-like variant and within minutes in the case of the Delta- or Omicron-like variant. This indicates that the concentration of emitted virions was directly proportional to the viral load of the SARS-CoV-2 strain.

Further, virion emissions could also be reduced by ionizers to less than one virion per liter per hour in case of slow virion emission (Wuhan strain infection or masked emitter). The ionizers inactivate virions and eliminate them from the air. However, if the emitter had Delta infection or if virion emission continued for several hours (such as an eight-hour school day), the viral concentrations could attain high levels despite ionizer use.

High-quality masks that filter out almost all (>95%) virions could decrease viral spread in high-risk zones and increase the time for transmission by 10-folds if the emitter is masked (single masking). If both the virion emitting and inhaling individuals are masked (double masking), less effective masks such as well-fitted surgical masks could attain a similar transmission time. Additionally, the team noted that if an emitter sat in the middle or rear end of the classroom, aerosolized virions could be efficiently transmitted to uninfected individuals.

medRxiv preliminary scientific reports that are not peer-reviewed and, therefore, should not be regarded as conclusive, guide clinical practice/health-related behavior, or treated as established information.

Dr. based clinical-radiological diagnosis and management of oral lesions and conditions and associated maxillofacial disorders.