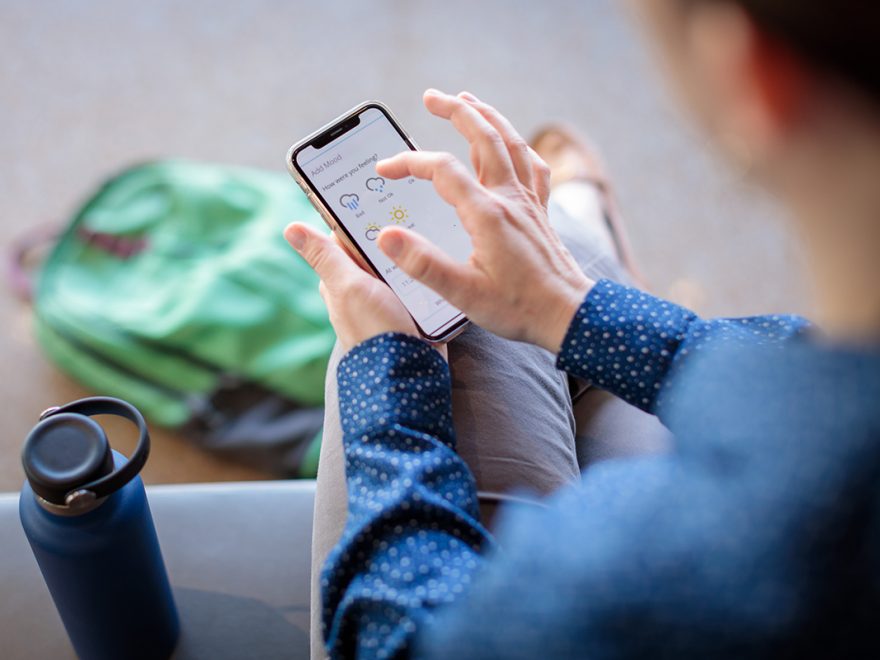 A research team led by Washington University School of Medicine in St. Louis has received a five-year, $3.8 million grant to evaluate the use of smartphones in treating psychiatric problems that are common among college students.

“Not enough services are available to meet the mental health needs of students on college campuses,” said principal investigator Denise E. Wilfley, PhD, the Scott Rudolph University Professor of Psychiatry and director of the Washington University Center for Healthy Weight and Wellness. “We’ve been in contact with many counseling centers on a number of college campuses, and they tell us that increasing numbers of students are struggling with many more problems, including severe problems, and counselors just can’t see them all. Without timely interventions, these problems can have lasting effects on students’ health, social, educational and economic outcomes.”

From a pool of about 150,000 students at 20 colleges, universities and community colleges, the researchers plan to identify students dealing with clinical depression, anxiety and eating disorders, or at high risk for the onset of these problems. They expect to find about 8,000 such students willing to participate in the study. Those students will be placed randomly into one of two treatment groups. One group will be referred to college counseling centers for treatment, and the other will be asked to use a mobile phone app for help.

Wilfley’s team recently concluded a study of mobile and web-based treatments for eating disorders. That study involved almost 700 women at 28 colleges. The new grant, from the National Institute of Mental Health of the National Institutes of Health (NIH), expands the effort to include students of both sexes and adds to the mix depression and anxiety, which are on the rise on college campuses.

A 2017 American College Health Association Survey of 63,000 college students at 92 schools found that two in five described being so depressed that they “struggled to function.” Three in five reported feeling “overwhelming anxiety” during the previous year.

From 2009 through 2015, the number of college students visiting counseling centers increased by 30 percent, according to the survey. During those same years, college enrollment grew by less than 6 percent.

“We’re finishing our analysis of using mobile technology to treat eating disorders, and the preliminary data look promising,” said Ellen E. Fitzsimmons-Craft, PhD, an assistant professor of psychiatry who is collaborating with Wilfley. “Mobile apps help get around the stigma of seeking help at a counseling center. They also help work around scheduling issues so that students can use the app when they have the time, even in the middle of the night.”

Students in the new study will receive an e-mail from their school’s registrar’s office, inviting them to take a survey. When the brief survey is completed, some students will be identified as having — or at high risk for — depression, anxiety or an eating disorder. Half of those students randomly will be offered the mobile app, which has been designed to address not only a student’s primary mental health concerns but to personalize treatment by helping to address other problems that may occur with depression, anxiety or an eating disorder. Meanwhile, the rest will be referred to standard counseling. If a student’s problems are too advanced, however, he or she will be referred to more immediate help.

“For example, if a student screens positive for anorexia nervosa and has a very low weight and other medical issues, that student won’t be eligible for the study,” Fitzsimmons-Craft explained. “That individual immediately will receive a message recommending a visit to the counseling center because that student may need more intensive treatment than our app provides.”

Other principal investigators involved in the new study are Michelle G. Newman, PhD, a professor of psychology at Pennsylvania State University; C. Barr Taylor, MD, an emeritus professor of psychiatry and behavioral sciences at Stanford and a research professor at Palo Alto University; and Daniel Eisenberg, PhD, the S.J. Axelrod Collegiate Professor of Health Management and Policy at the University of Michigan. Eisenberg manages the Healthy Minds Network, an online, mental health-screening tool used on more than 200 college campuses.

The mobile app intervention will be hosted by SilverCloud, a company that specializes in using mobile technology for mental health problems.