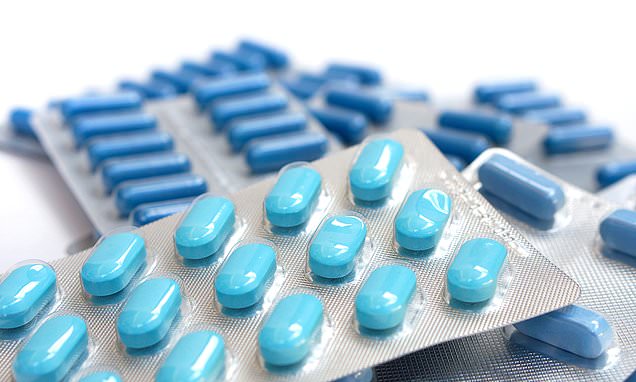 Health chiefs have warned men about the dangers of buying Viagra pills online in case they turn out to be fake.

Illegal copies of the erectile dysfunction pill have been found to contain an array of potentially toxic chemicals.

This is despite Viagra being available to buy from a pharmacy without a prescription for £4. Fake ones can cost as little as £1. 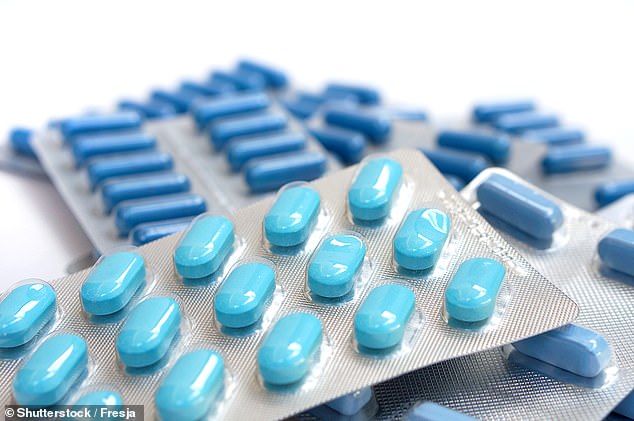 Sildenafil, the active ingredient in Viagra, became more readily available back in November 2017.

Accessing sildenafil through a pharmacy means men can speak with a health expert more conveniently and be referred for medical care if needed.

But despite its accessibility, men are still turning to websites where medicines are not always regulated and the ingredients can vary from one pack to another.

There are no clear indications of what the side effects and safety of pills bought online are.

Viagra was developed in 1998 by accident, after scientists discovered it had benefits for sufferers of erectile dysfunction.

Manufactured by Pfizer, the magic blue pills are taken by more than one million men in Britain each year, figures suggest.

Most users are in their early to mid 50s, but younger people are starting to take the drugs more often, the pharmaceutical previously said.

But since its patent expired, rivals have made generic versions containing the same active ingredient, priced at around £1.45 for the same amount of capsules.

Celebrities such as Hugh Hefner, the founder of Playboy magazine, and Hollywood actors Ben Affleck and Ashton Kutcher have previously admitted using Viagra.

‘Men have no idea what the ingredients are, whether it will actually work and the side effects are unknown.

‘Erectile dysfunction should not be ignored – it is often caused by underlying health conditions that should be checked out.

‘Viagra can now be bought in a pharmacy, where you can speak to the pharmacist about your needs and access medicines safely.’

The number of prescriptions in England for erectile dysfunction drugs nearly tripled in a decade, according to official figures from NHS Digital in June 2016.

The NHS estimates that approximately half of all men aged 40 to 70 suffer from some degree of erectile dysfunction.

The black market in fake or unlicensed erectile dysfunction pills has soared in the UK in recent years.

In 2018, 4.3million doses of unlicensed and fake medicines for erectile dysfunction were seized by the Medicines and Healthcare products Regulatory Agency (MHRA).

‘The MHRA has been at the forefront of moves to reclassify medicines to non-prescription use for many years.

‘Reclassification of medicines allows people to take control of their health and with these changes we are increasing patient choice.’

Doctors have previously expressed concern that the treatment is popular among millennials, who may take them with other recreational drugs, to enhance their sexual performance under pressure from pornography.

Failure to stay erect is usually due to tiredness, stress, anxiety or alcohol, and is not a cause for concern.

However, it can be a sign of an underlying medical condition such as high blood pressure or cholesterol, side effects of medication, or hormonal issues.

Lifestyle factors than can affect the condition include obesity, smoking, cycling too much, drinking too much, and stress.

After breaking up with his long-term partner, John Browne worried that returning to the dating scene would not be easy. But as the 36-year-old chef sat down for dinner with a young woman, he knew what he was feeling could not be dismissed as nerves.

His heart was beating too fast, his head was thumping and he was drenched in sweat. The father-of-two felt so ill that he feared he was having a cardiac arrest.

Worse, John thought the fact that he was feeling so wretched could be his own fault. Anticipating how the night might unfold, before leaving his home in Herefordshire he’d swallowed a small, blue, diamond-shaped pill.

He’d purchased the drug online, paying £25 for what the website claimed were ten Viagra pills.

But far from having the desired effect, the pill had left him horribly ill.

‘Before I even got to the date, I started to feel really hot and sweaty,’ he said. ‘I thought it might be nerves — but then my heart started going really fast, I got a headache and felt a bit woozy.’

Unsurprisingly, the date did not go well, and by the time Mr Browne got home he was feeling so ill he considered heading to A&E. In the end, he just collapsed in bed.

‘I felt horrible for two days,’ he said. ‘I couldn’t sleep, my nose was blocked, I was dehydrated and I had red blotches all over my face.’

A quick internet search of what a real Viagra pill should look like confirmed that the ones he had purchased were fake.

‘I crushed them up and flushed them all down the toilet, because there was no way I was going to take them again,’ he said.

‘I only took them as a back-up. I’d never had any problems before, but I just wanted to be sure. I would never buy anything like that online again, and I wouldn’t recommend anyone else to do so either.’

Tom Rawstorne for the Daily Mail