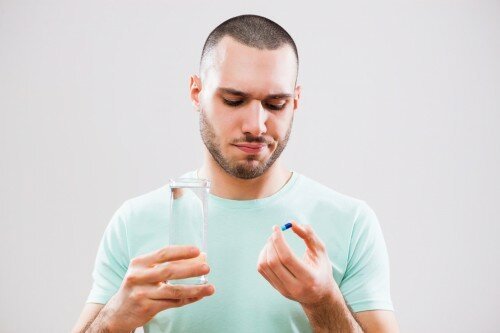 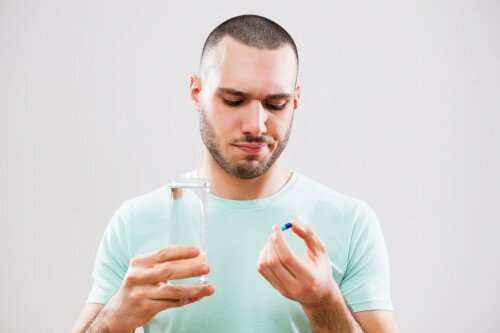 It was not until the 1990s that researchers fully began to include both genders in health research. Sara Magelssen Vambheim has contributed with valuable new insights in her study of gender differences in pain experiences.

Sara Magelssen Vambheim recently submitted her Ph.D. thesis on gender differences in experiences of pain, fear of pain and placebo at UiT the Arctic University of Norway. The project was planned on the basis of findings related to placebo effects at the laboratory at the university.

Vambheim wanted to examine this closer. Were the mechanisms biological or psychological? Were there systematic differences? She began to experiment.

Young, healthy respondents between the age of 18 and 40 had their forearm connected to an instrument that inflicted heat pain on the participants.

“All test persons participated on the same conditions, where we examined underlying effects of placebo. The pain was measured through verbal reports and through response from the brain via thirty-two electrodes attached to the head. The data file registered a marker for when the pain was inflicted,” Vambheim explains.

“We then asked the participants to report the level of pain and stress according to a scale from zero to ten. The result showed that the placebo treatment reduced verbally reported pain and stress, and this also manifested itself in the brain response – but only among the men. There were no such responses among the women,” says Vambheim.

This finding is in line with previous research. When Vambheim and her team reviewed the scientific literature on the topic, they also found gender differences in the nocebo effect: Women responded better to nocebo treatment than men did.

“The nocebo effect means that we see an increase in symptoms after we inform the test person that a substance will increase the pain. Thus it is easier to trigger nocebo effects in women than in men.”

“Many will probably ask: are men more easily fooled than women?”

The researcher now wishes to find out how the placebo effect may be used in clinical contexts.

“In the future, we may be able to provide tailor-made treatments for women and men based on our knowledge of how men and women respond differently.”

“What is new with these studies is that we measure pain both subjectively and objectively, we measure emotions and explore gender differences. We are the first to produce a summary of the knowledge that we have on gender differences in the placebo and nocebo effects based on the existent literature on the topic,” says Vambheim, and continues:

“Part of the problem with studies up until now is that many do not report on gender differences. Today there is a requirement in the USA to include both genders in research funded by the national health institute, but this requirement did not appear until the 1990s. Ten years later, we saw that many included both genders in their studies, but they wrote little about gender differences.”

According to Vambheim, exploring gender differences in health research should become routine, since we now know that there are major differences.

“It will improve the quality of health research and increase its utility value, but it will also have value for the integrity of the research.”

Anxiety and fear of pain

“One possible explanation to this is that there is a difference between how men and women reflect upon various types of pain, and that this triggers different psychological reactions in women and men. We distinguish between fear and anxiety. Anxiety is strongly related to a lower pain threshold and limit of pain tolerance. Fear may either reduce or increase pain. We know that anxiety releases a substance in the brain that affects the limit of pain tolerance,” says Vambheim.

She continues: “It is important to ensure that the instruments used in the research measure what it is supposed to measure. If you want to measure the fear of pain, you need to ensure that you actually measure fear in both genders and that you do not measure anxiety in women and fear in men.”

“The fact that men report differently to male and female experimentalists may complicate research on pain.”

An interesting finding from pain research is that gender differences occur around puberty and then increases with age. Before we reach puberty, there is no significant difference between girls’ and boys’ experience of pain.

“This raises some interesting research questions. One of these is to what extent expectations related to gender roles affect our experience of pain and how pain is expressed by girls and boys and women and men. Another interesting topic is the significance of biological differences such as hormonal divergences.”

“There are also gender differences when it comes to coping strategies. Women use social support, emotionally focused techniques, attention and reinterpretation when they experience pain, whereas men to a higher extent distract themselves away from the pain.”

“You write that the pain experience may vary significantly from person to person, but also from country to country. Is pain also a cultural phenomenon?”

“Globally, we have seen that women have a higher frequency of a number of chronic pain illnesses, and that they are more sensitive towards most types of induced pain compared to men. In one study, researchers have looked at the cultural variation between eastern and western test persons.”

The findings showed that the pain tolerance was higher and the acceptance for pain lower in eastern cultures. As a group, men both in the east and in the west have a lower acceptance for other men expressing pain than for women doing the same thing.

Since it is more socially accepted that women express pain, researchers fear a bias in the pain reports – that men possibly underreport pain. This may have significance for our understanding of the research findings, but also for the treatment of pain.

Whether or not the gender differences may be explained with different expectations and reliance in the medical practitioner will therefore be interesting to explore further.

“The most recent research investigates whether genetic differences may explain individual variations in the placebo effect. We wish to take the genetics research a step further by including gender differences. Our knowledge about the biological foundation for the placebo effect has come far. Now it is important to find out how the mechanisms behind this may be used in clinical practice in order to improve various forms of treatment.”

The research team at UiT has already begun this work, and has recently published an article about how doctors and nurses use placebo mechanisms in clinical practice.