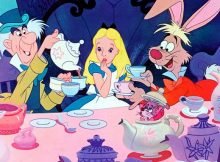 Man, 54, watches his computer icons ‘leap off the screen’ because of rare ‘Alice in Wonderland syndrome’ triggered by brain cancer

A man who went to hospital after seeing desktop icons jump out at him from his computer screen turned out to be harbouring a deadly brain tumour.

The unnamed 54-year-old was diagnosed with the rare Alice in Wonderland syndrome when he explained his visual disturbances to doctors.

Named after the hallucinogenic world of Lewis Carroll’s novel, Alice in Wonderland syndrome alters how people see their own body or space and objects around them.

In this case, a potentially fatal cancer in the patient’s brain was pressing on the area which controls vision and producing his peculiar symptoms. 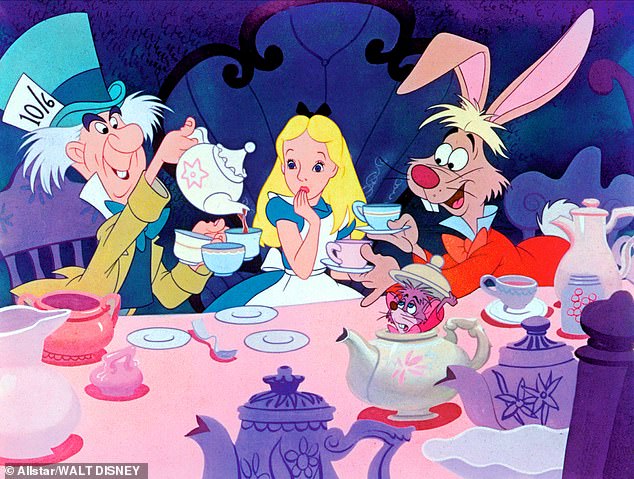 Alice in Wonderland syndrome is so named because patients reportedly have a distorted view of their own body and their surroundings, as Alice does when her body both shrinks and grows larger in the Lewis Carroll novel and Disney film (pictured)

The man, believed to have gone to a hospital in Rome, told doctors he saw icons on his computer screen moving slowly out of the screen towards him.

They would hover there, between his face and the computer, for around 10 minutes before disappearing off to his right side, according to medical journal Neurocase.

He also noticed his senses were not working as well as usual, and he had a ‘pulsating, intense headache’, felt sick and experienced pain in bright light.

After being transferred to the neurology department the man had an MRI which revealed he had a high-grade glioma – a fast spreading and deadly brain tumour.

Doctors believe this is the first case of Alice in Wonderland syndrome being caused by a tumour in this way.

The condition is usually associated with epilepsy, drug use, migraines, psychiatric diseases or brain infections, according to the authors of the report.

But cancer causing damage to, and putting pressure on, parts of the brain ‘can present any kind of neurological symptom, depending on where the tumour is located,’ New York University’s Dr Sylvia Kurz told LiveScience.

The man’s MRI revealed he had an inch-long (2.5cm) tumour in the left temporal-occipital region of his brain.

This was revealed to be a glioblastoma, which are known to be aggressive and difficult to treat – the average survival after diagnosis is 12 to 18 months.

The left temporal-occipital part of the brain is at the back of the head and is involved in visual processing, explaining why a tumour there affected the man’s vision.

He received laser therapy to destroy the tumour, as well as chemotherapy and radiation treatment.

He needed a second operation approximately a year later when the tumour grew back in the same place, but has since recovered without a trace of the cancer 20 months after the Alice in Wonderland incident.

Dr Kurz, who was not involved in treating the patient, added: ‘Even if a patient has a long-standing history of headaches, if there’s something new about a headache or something that has never occurred with this headache, it always warrants a very thorough evaluation.

‘And the most detailed evaluation of the brain from an imaging perspective is really a brain MRI scan.’

WHAT IS ALICE IN WONDERLAND SYNDROME?

This can mean that people, cars and buildings look smaller or larger than they should be, or that distances look incorrect. For example a corridor may appear to be very long, or the ground may appear too close.

Other symptoms include the feeling that time is moving too quickly or too slowly, a feeling that the ground is spongy under the feet and a distorted perception of sound.

It is most common in children but some people also experience it later in life.

Symptoms most commonly occur at night.

The cause is not know but the syndrome is thought to be associated with migraines, epilepsy and glandular fever.

There is currently no known treatment for AIWS other than to look for an underlying cause that can be treated.