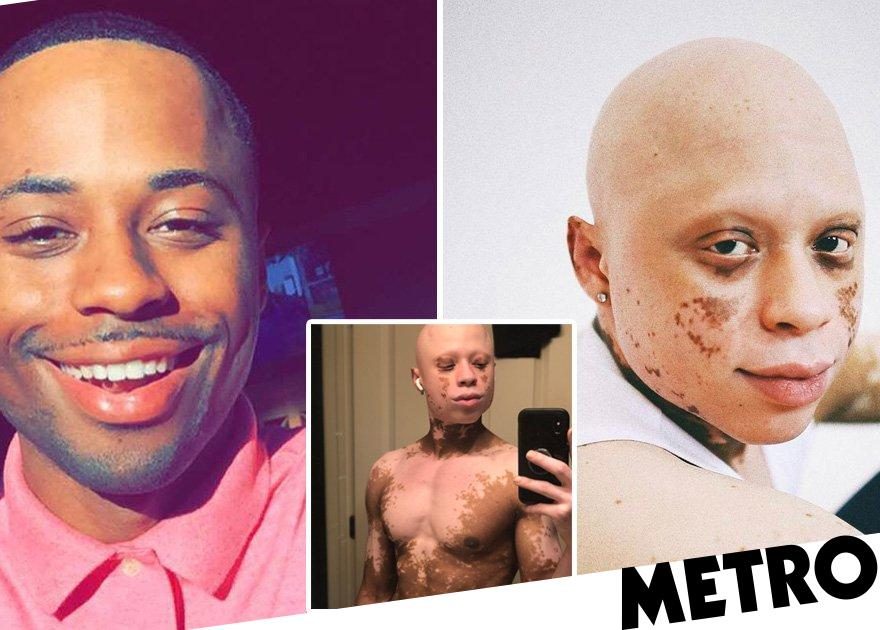 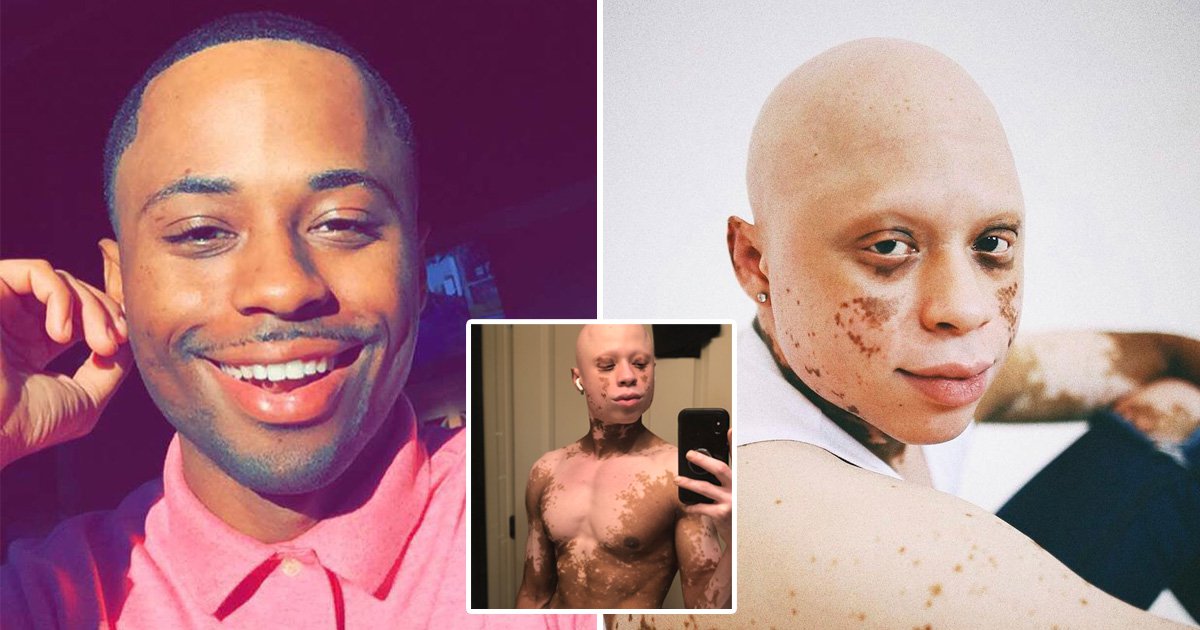 A man has described how his skin turned white and he lost all of his hair after having a reaction to a prescribed acne medicine.

Kirt Thibodeaux II, 31, from Louisiana, USA, was given minocycline to treat a case of acne in 2017 – but things didn’t go to plan.

DRESS is a severe allergic reaction to a medication that can quickly become fatal if left untreated.

‘I thought that my body was adjusting to the new foreign substance,’ says Kirt.

‘However, I was wrong in every possible way. I had a severe allergic reaction to the medication.

‘When I finally received appropriate medical attention, the doctor told me that I could have died. The medicine was attacking my body, and if I would have stayed home for another hour, I could have suffered adverse consequences.’

As his struggle with the condition went on, Kirt began to develop alopecia and vitiligo – he began to lose his hair, and patches of his skin started to lose their melanin pigments, causing white areas all over his body.

In addition to this, the reaction to the drug had caused other symptoms, including chills, severe rashes, and peeling skin.

‘I felt ugly – I had a lot going on. My skin was shedding and falling off; it felt like it was on fire. I had the type of rash that wouldn’t quit – it was worse than having chickenpox.

‘I was freezing cold all the time and my fingernails and toenails were falling off.

‘I felt like I looked like a monster – outside didn’t see me too much. Initially, I just spoke to my family and friends.’

Luckily, with his strong support from his loved ones, Kirt eventually began to get used to his new appearance.

After struggling with his self-esteem, he started posting on social media again in 2018, ready to tell his story.

‘To be honest, vitiligo was never a huge obstacle for me,’ he says. ‘It did bother me at first, but I had so much love and adoration from family that the skin wasn’t a problem.

‘The sores I had were very disgusting, but once I began to heal, everything eventually began to work itself out.

‘Now, alopecia was a totally different rollercoaster of emotions. I’ve always had a fear of being bald and it seemed like my biggest fear was coming to light.

‘I have alopecia universalis, which means I’m completely hairless. It took some time to get used to, but the outcome is now something I wouldn’t change for anything.’

Kirt has now learnt to love his appearance so much that he’s even started modelling and he is passionate about bringing more diversity to the industry.

‘My skin is so smooth. Who knew my nightmare would become something so beautiful?’ he says.

‘I’m not someone who was comfortable with makeup, so I didn’t have a choice.

‘I just needed to give myself the much-needed time to take it all in and embrace everything about me.

‘Diversity is very important to me. The world we live in today is steadily growing and evolving, and I think we should show that evolution in every field.

‘We tell kids that anyone can be whatever they want – so why not let everyone see that?

‘The most rewarding thing is when people appreciate the beauty in the skin condition that I continue to advocate for.’

Kirt says the messages he receives and the positive feedback he gets from the modelling work he does reminds him that he is on the right path.

‘We need to be able to love people for who they are,’ says Kirt. ‘I think that’s how you get the best from anyone.

‘I feel powerful, strong and beautiful. To be able to say that as a Black man and stand by it is powerful in itself.’