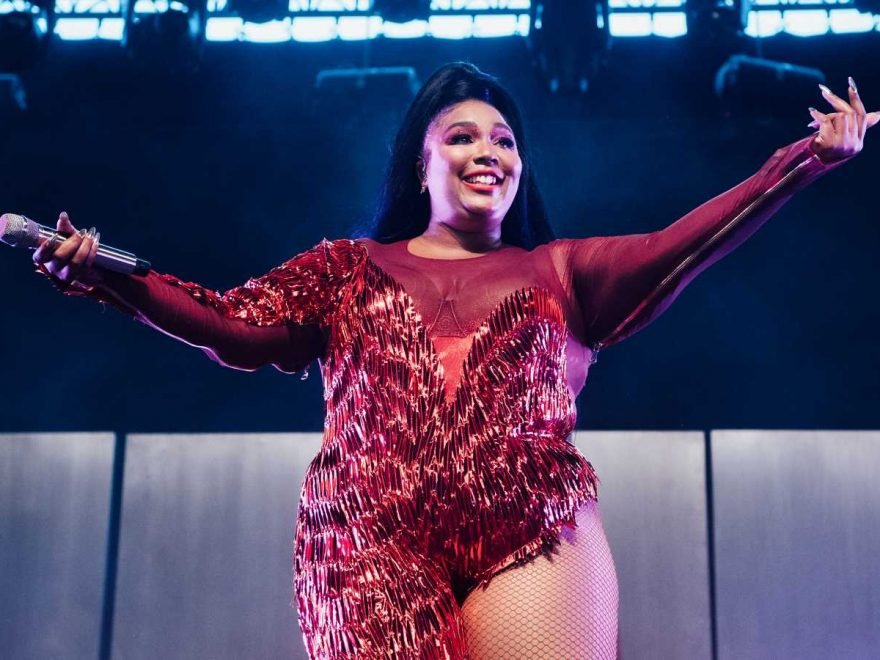 The singer, 31, who is known for inspiring others to be comfortable in their own skin, recently opened up to Essence magazine about why she frequently posts naked photos of herself on Instagram.

“I’m doing this for myself,” Lizzo told the magazine. “I love creating shapes with my body, and I love normalizing the dimples in my butt or the lumps in my thighs or my back fat or my stretch marks.”

“I love normalizing my black-ass elbows,” she added. “I think it’s beautiful.”

The “Juice” crooner went on to explain that she chooses to love herself because she lives in a world that doesn’t always accept women who look like her.

“I made a decision to be myself because I knew I had no choice,” Lizzo explained to the magazine.

“I’m not ignorant to the fact that we had to have a demeanor of lowering ourselves culturally just to exist,” she added. “But I’m trying to shake up the narrative about how we’re supposed to act.”

The love she has for herself is evident in her music. On her single “Truth Hurts,” Lizzo croons, “I just took a DNA test / Turns out I’m 100 percent that bitch.”

However, Lizzo hasn’t always been confident.

“I wrote ‘Soulmate’ when I was in the studio and I was so depressed,” Lizzo told Essence of the song from her album Cuz I Love You, which was released in April.

She added, “I needed to write a song about who I wanted to be so a year later when I’m rehearsing for Coachella I could say those words knowing, ‘That was the old me.’”

Lizzo previously opened up about her journey to self confidence when speaking with Jameela Jamil for the Good Place star’s new series, I Weigh Conversations.

The singer revealed she dealt with body shaming — often unintentional, she said — from friends, family and the people she was dating.

One memory that sticks out for Lizzo happened when the singer was overwhelmed with everything in her life.

“I’ve ballooned in weight and all of that, up and down, and I remember when I was like, 20 or something, it was the hardest year of my life, it was awful, for a lot of reasons,” she said. “I didn’t have any money and I wasn’t eating, and I was also trying to be thin. I was working out a lot. And I remember I was with this guy, and we were laying down, and he was like, ‘I’m just so relaxed when I’m with you.’ And then he’s like, ‘So I showed your picture to my friends, and they said that your face is great, but your body needs work.’ I was like, ‘WHAT!’ Who says that to somebody? And I was the smallest I had ever been in my entire life.”

It took realizing that “no matter how small or big or how I look, no one’s ever going to be completely happy” with her appearance for Lizzo to learn to love herself.