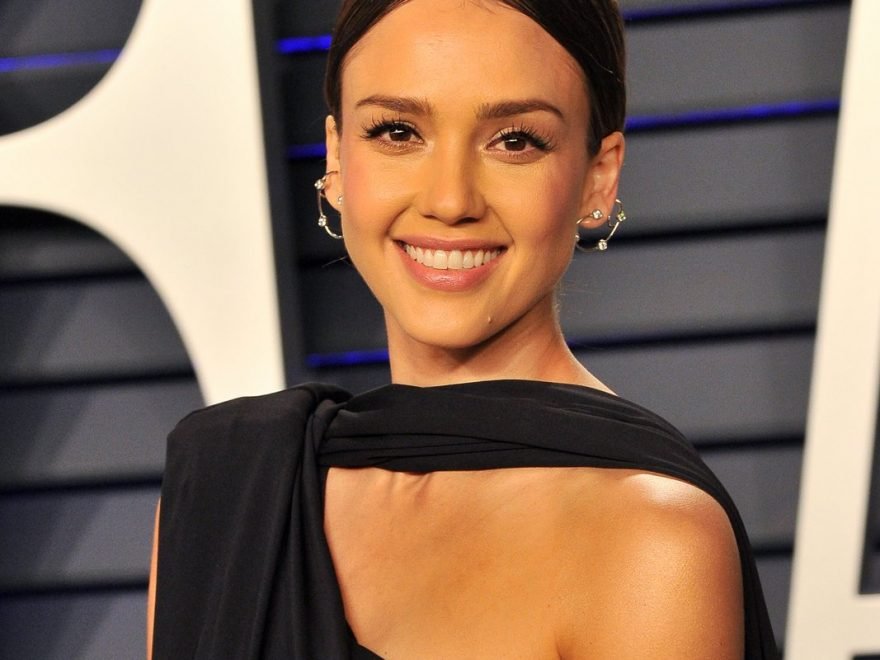 Jessica Alba is a badass, and it’s not *just* because she revealed three new constellation tattoos inspired by each of her three kiddos birth signs on Instagram this morning. She is one of those celebs that you wish was your own mum: she’s super smart (hello, CEO of Honest Company), she’s undeniably beautiful (would kill for those genes), and she is bursting with love for each of her children (even when they do weird kid things like hang barbies all around her “sacred” space of a bathtub).

And she only got cooler when she revealed her new arm candy to her 15.1 million Instagram followers (see, I’m not the only one who wants to be her BFF/daughter/mentee!).

There are two photos in her Tuesday post, both equally affirming of her total badass boss lady status. The first is of her standing next to tattoo artist Doctor Woo pointing to her new art, and the second is an up-close shot of the ink or the astrological signs for each of her children, whom she shares with hubby of 11 years, film producer Cash Warren. The caption? “Honor Gemini ♊️ Haven Leo ♌️ Hayes Capricorn ♑️”

Ugh, just look at this family:

I love a good family photo, especially now that we’re a #familyoffive woohoo! thx @photobyhudson 🙂 @Shutterfly makes the design process totally seamless! (It only took a hundred shots to get everyone smiling together) They have so many cute, customizable cards that arrive so quickly and the quality is impeccable. I am beyond thrilled with how our #2018holiday cards turned out! Click the link in my bio to get started on your holiday cards! #Shutterfly #MyShutterfly #sponsored

But this isn’t the the 37-year-old actress turned entrepreneur’s first foray into getting inked. In fact, in an interview with Allure, she revealed that she has quite a few tattoos. And in 2016, Jessica revealed during The Late Show With Stephen Colbert that she got an inner-wrist tattoo following her breakup with a well-known star, according to Us Weekly. While she didn’t share a peep about who the mystery man is, she did give a few deets about the design and why she ultimately decided to get it: “It’s lotus in Sanskrit. It means manifestation of spiritual beauty. He was really anti-tattoos, and I felt like after I broke up with him, I found myself again.”

And that’s not all, folks! Jessica also has a roses on her left bicep, which, btw, is toned AF, a NSFW bow above her booty, and a ladybug and a daisy on her neck, says E!. So, together with her three new ones, you have reason to believe that the star has at least seven designs on her bod.

I said it before and I’ll say it again: the lady is a total badass mum boss and I am here for it. Adopt me, please?