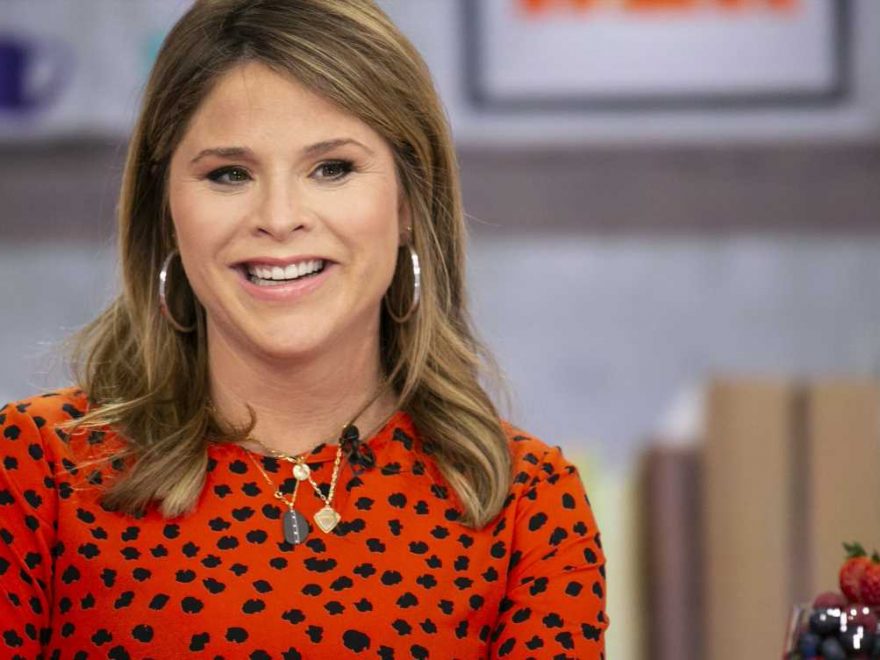 A total baby boom is going on at the Today show lately. This spring, Hoda Kotb adopted a second baby girl, while Jenna Bush Hager announced she was pregnant with her third baby! But uh… When’s she due exactly? Nothing’s for sure (Jenna hasn’t said her exact due date yet), but here’s what can be pieced together.

Jenna announced her pregnancy live on Today on April 22. “Yes, I’m pregnant,” she shared on air. “Y’all I’m very pregnant, so I don’t know how I hid this.” Jenna said she was specifically five-and-a-half months pregnant (with her baby boy!) at that time, which if the typical nine-months-of-pregnancy rule applies, means her due date should be somewhere around late July or early August.

Another burning question? Will Hoda and Jenna be back together on TV before Jenna jets off for maternity leave? Since Hoda is expected to return from her maternity leave any day now, their reunion is likely—at least for a month or so until Jenna leaves the show for a bit. (Great planning ladies, that’s mighty convenient.)

As for how the Today show will handle Jenna’s absence, they’ve definitely had some practice with Hoda’s recent absence. The show will likely tap a few of its first-, second-, and third-hour co-hosts–like Savannah Guthrie, Dylan Dreyer, and Carson Daly—to fill in for the 10 a.m. slot. Former Today star Meredith Vieira may also pop up from time to time.

And regarding any other unanswered questions about Baby Hager, Jenna shared on Today that she and her husband Henry Chase Hager haven’t exactly picked their baby’s name yet. “We have baby whatever; we don’t know what this baby’s name is,” she said.

However, she has joked about a few potential options. “My dad keeps joking that we need to name him George,” Jenna told People. It’s not totally out of the question. Jenna did already name her second daughter after George H.W. Bush. Fox 10 reported Poppy was the 41st president’s childhood nickname.

Another possibility is Harold Welch, which is inspired by her late grandfather on her mom’s side. “We’ve always thought if we had a boy, we were going to name him after [Welch]. But we haven’t had a boy yet,” she shared on Today during an emotional reading with Hollywood Medium Tyler Henry.

The anticipation is part of the fun, but you’ll just have to wait and see.