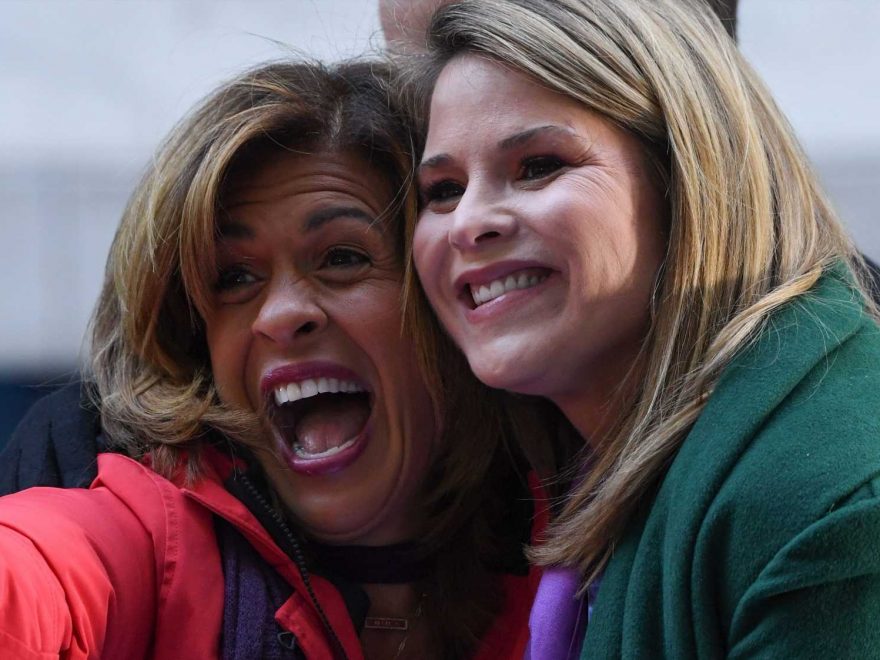 Jenna Bush Hager and Hoda Kotb held hands, taking tiny unsure steps approaching the scale on Today with Hoda and Jenna, and they’re visibly nervous. The hosts were planning to weigh themselves right on camera to kickstart an experiment in intermittent fasting — which, like all fad diets that move in and out of the cultural consciousness, can have varying results depending on the person implementing it.

“It’s like jumping off a cliff,” Bush Hager says right before they took their plunge and gasped about the numbers that followed. Switched places to get another read on each other’s scale and gasped again. When People wrote up the segment they characterized the move as “brave” — and that’s not necessarily something you can dispute if you’ve lived in a human body in our culture (let alone on television or in the public eye) for any stretch of time.

Yet, watching this kind of scene — particularly as they prepare to embark on a fairly restrictive diet plan with the goal of weight loss (they note other benefits, but the screen-time dedicated to the weigh-in remains hard to ignore) — might bring your 21st century feminist brain into a bit of a spiral and raise at least a few body positive hackles.Intentions aside, there’s something about the whole scene that sits wrong:

There’s decades of body negative nonsense there — imposed by ever-shifting beauty standards, flawed metrics, a $72 billion industry dependent on you hating that number and the parts of your body that contribute to it enough to throw money at the so-called “problem.” And, of course, there’s that nagging cultural voice of fatphobia that whispers that a larger number should feel like a moral failing or a self-esteem crushing thing.

But, at the core of this, we’re looking at a larger cultural issue people (and especially women) need to grapple with: Why, in the age of body positivity, do we still let something as simple as confirming the number of pounds we each carry be an anxiety-spiking “cliff” moment?

“We’re doing it to be healthy,” Bush Hager says in the segment, with Kotb quickly adding “And to also improve our brain health…” Yet, it’s not at all unlike other conversations around wellness that have just repackaged the worst of diet-culture (as that $72 billion industry lives on) with the right buzzwords while still encouraging people to obsess and agonize over the numbers.

In an ideal, shame-free world where we’ve all shed the yolks of diet culture, that very basic number shouldn’t be a traumatizing thing to know and shouldn’t be a scandalous thing to share: It’s just how much your skin suit full of blood organs — and yes, fat — weighs. But we aren’t there yet.

While we have a lot of the tools — thanks to the work of fat acceptance, body positivity and body neutrality activists — to reclaim bits of that cultural power when we talk about health, nutrition, lifestyle and all the things that can lead to all kinds of people in all kinds of bodies living well, we still have a ways to go before we can really overcome the worst parts of diet culture and its more dangerous side-effects and before we can really say that the scale has lost its lasting shaming power. Though, a lot of that work can be done by choosing not to frame nutrition conversations through this kind of lens when we can help it. Not for yourself, for your daughters and not for audiences of millions of viewers.