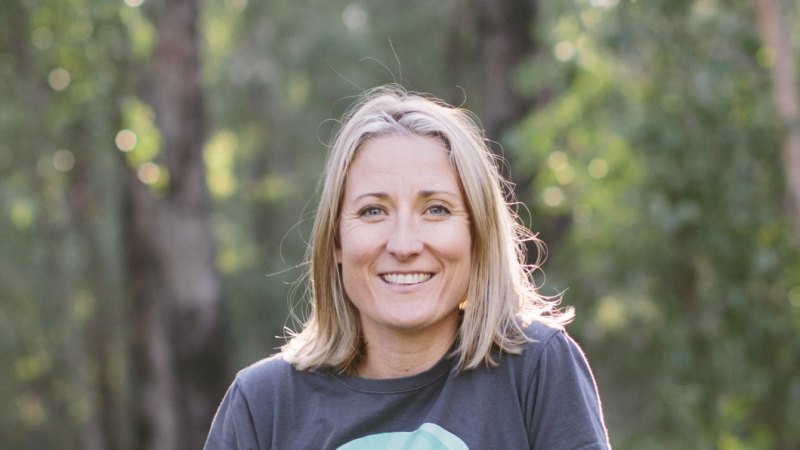 Fiona Redding, 43, was at a low point in her life. She was drinking heavily, unable to cope with separating from her partner, with whom she has two children.

“I was not ok with the direction my life was heading, so I had to take action,” she said. “I knew I had to stop drinking, and that I had to take up meditation. I can't tell you how I knew this, but I did, and from the moment I started I haven’t looked back”.

She said the key to meditation is to have a purpose, a reason to do it for. 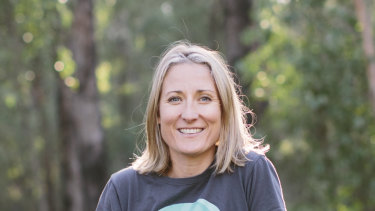 Fiona Redding’s life took a strong turn for the better once she started meditating. But the science on if it can be substituted for therapy is not yet in.Credit:Beth Jennings Photography

“I needed to change, and mediation made me become more aware of my thoughts, and to not engage with them.

This was five years ago, and Ms Redding hasn’t looked back. Now a life coach, she is part of a growing number of people for whom meditation is not only a daily ritual, but a way of life.

Every week, seemingly a new benefit of meditation is unearthed, with media jumping on board the latest evidence showing that meditation can help you stop ruminating, worrying, be more compassionate, empathetic, less stressed and help with anxiety and depression.

That’s given rise to the popular perception that meditation is science-backed. As a result, the business of mediation is booming.

In 2015, market research IBISWorld estimated that meditation-based companies turned over $US984 million revenue in the United States, while Australia's yoga and pilates industry was worth $1 billion.

Though many people report huge benefits the scientific evidence they work is  not there yet — what evidence there is, is moderate at best.

For all its popularity, it remains largely unclear how mindfulness and medication actually affect the human brain.

“There is a lot of research out there on meditation, but a lot of it isn’t as rigorous as it should be,” says Dr Nicholas Van Dam, a psychology researcher and lecturer from The University of Melbourne.

A key problem in meditation literature, he says, is that it suffers from poor research methodology. Mindfulness researchers tend to rely on questionnaires, which require people to introspect and report on mental states that may be slippery and fleeting.

After leading a team of experts to review the evidence for mindfulness in 2017, Dr Van Dam and his team found the evidence for meditation was “a mixture of only moderate, low or no efficacy, depending on the disorder being treated”.

It also revealed that a clear-cut definition of mindfulness doesn’t exist.

“What's not clear is what type of mindfulness or meditation we need for what specific problem,” he says.

“This means that if vastly different treatments and practices are considered the same, the research evidence for one may be wrongly taken as support for the other.”

People being drawn away from scientifically validated treatments to those with a moderate or below- level evidence at best is another issue.

The UK’s National Health System, for instance, is offering mindfulness meditation as an option alongside CBT – the gold standard of psychological treatments.

There’s a lot of potential here, and if we do it right, meditation could be so powerful.

“If we’re offering meditation as a treatment alongside, or over, another, we need to compare it to the gold standard, and figure out if it works the same, or differently.

“We need some justification for why we would provide once treatment over another,” says Dr Van Dam.

He says we also need to test if people just like meditation more.

“If people are more likely to keep doing meditation practice than other type of treatment, such as CBT homework, then that's important to know.”

But it’s not all bad news. One area for which there is reasonable scientific evidence includes depression, with randomised controlled trials showing that the approach significantly reduces the risk of depression relapse in people who have previously had three or more major depressive episodes, as well as reducing anxiety levels.

Practicing meditation also appears to have benefits for the brain, with a 2011, control group study showing that an eight-week mindfulness meditation program made measurable changes in brain regions associated with memory, sense of self, empathy and stress.

“The interesting thing about meditation research is that it’s really catching up with what people have known intuitively for thousands of years,” Laura Kampel, clinical psychologist from the Black Dog Institute, says.

Introduced into the west by US professor emeritus of medicine John Kabat-Zinn about 40 years ago, research into mindfulness meditation has expanded exponentially.

Ms Kampel says the benefits of meditation – which is not quite the same as mindfulness – are vast, and can help with a range of issues depending on what type of practice you do.

“It’s especially beneficial in developing cognitive flexibility, so the ability to think in a flexible way,” she says.

Meditation, according to psychologist and founder of meditation guidance app Smiling Mind Dr Richard Chambers, is a formal practice that trains attention by forcing people to focus on their breath or body.

“Once you’ve trained your ‘monkey brain’ to remain still and managed to rest your attention on the breath, you can broaden out and start to become more present, which is where mindfulness comes in.”

There is ample evidence for the effectiveness of mindfulness, and the quality of the research is improving all the time.

Overall, Dr Van Dam believes the research on meditation is promising, but that media, and some scientists, over-hype it.

“There’s a lot of potential here, and if we do it right, meditation could be so powerful,” he says.

“But if we rush the research and say it fixes everything, people will inevitably be disappointed; there will be side effects no one talks about and then funding bodies will stop funding research.

“At the moment, meditation and mindfulness are a bit of a Gwyneth Paltrow goop phenomenon. It looks great, hashtags love it, but no one really knows what it is or what it does,” Dr Van Dam says.