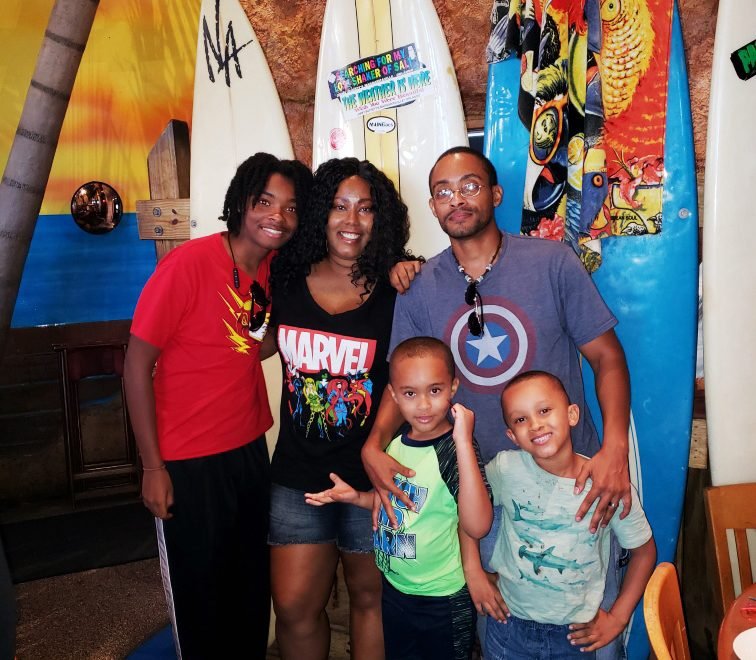 Just one year ago, Jamil Rivers, 40, found out she had metastatic breast cancer. The Philadelphia mom of three, who is still working full-time, tells PEOPLE about her diagnosis in the second part of a four-part series about her battle to survive — and thrive — for her family and for other women battling cancer.

I had just finished ten months of chemotherapy in January 2019 for metastatic breast cancer when my husband Ricky was diagnosed with kidney cancer at just 37-years-old.

When he was 31 he also had colon cancer. Because we were so familiar with me having stage-four — which is the most advanced form — stage-one seemed manageable. Not to downplay it, but we weren’t taken aback. We knew we could handle it.

I’ve wondered if maybe there was something in our environment that caused us both to get cancer so young, but I don’t think there is. He was high-risk for getting colon cancer because it runs on both sides of his family.

I’m a leader and a planner so I literally did everything and never missed a beat. I still worked, just from home for about a week after his diagnosis, and made sure everything was taken care of. Ricky had to have surgery, so we were in the hospital for a few days. I was still taking care of the kids, getting them dressed, fed, and to school. Their lives couldn’t stop and we wanted things to be as normal as possible. I was cooking breakfast and dinner and of course, still taking care of myself. I was done with chemotherapy but my battle was far from over. My tumors have thankfully shrunk, but I still have stage-four cancer. I’ve managed to juggle everything though. What’s my other choice? Not getting out of bed? That’s not an option.

We basically switched turns. When I was going through chemotherapy, Ricky was feeling well, and when he was battling his disease, I had more energy to help him and do everything. We pushed through for our three kids. They need to have parents and we both have to be here. They’re still so young. Everything we do is for them. I work so hard because I love my job, but also because we need these benefits. When I was diagnosed, so many people told me I should quit.

Our kids know what is going on and we make sure to talk about everything with them. I assess how their anxiety is and answer all their questions. When they saw my hair fall out, they were confused, but we took it day-by-day. I didn’t want them to see me going to chemotherapy so Ricky stayed with them. Free of charge, The American Cancer Society would pick me up from work, bring me to the hospital, and then drop me off at home. They really helped us out.

I don’t have five or ten years to waste. We have a lot of stuff to do while I’m still feeling well. I’m going to work until I can’t and I’m going to be a mom for as long as possible. We take them to school activities and things after school and support them with everything. We remind ourselves that we are lucky in some ways and that we will get through this. Family is everything.