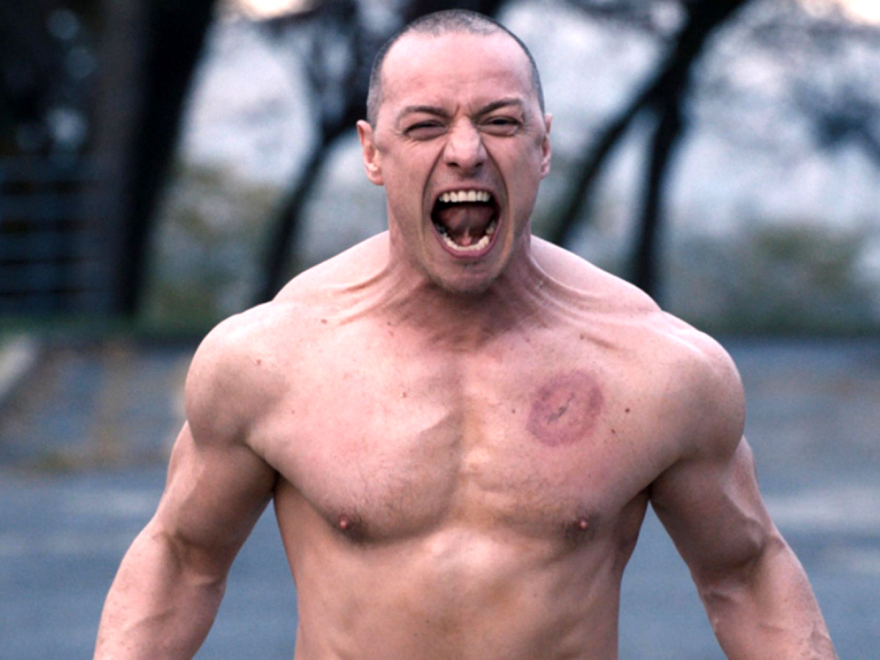 James McAvoy isn’t one of the actors you’d probably think of when you’re looking for workout inspiration. The Scotsman is better known for dramatic work or his role as Professor Xavier in the X-Men prequel movies than for his physicality—one of the reasons why he was so convincing in his first big action movie, 2008’s Wanted, where he played a timid everyman-turned-super assassin.

When he showed up in the M. Night Shyamalan thriller Split in 2016, then, McAvoy’s muscular frame might have been as surprising to the audience as the movie’s twists and shocks. The actor didn’t just look big as The Beast personality—compared to his typical physique, he was massive. For the sequel (or trilogy-capper, depending on how you look at it), 2019’s Glass, McAvoy looked even more imposing in the role.

That bulk didn’t show up overnight. McAvoy worked with trainer Magnus Lygdback to pack on the pounds and create the movement patterns that made the animalistic character even more unsettling in the latter film. “We had about three months to pack on as much muscle mass as possible to make him look as freakish as possible, but at the same time move like a beast,” Lygdbeck told Men’s Health when we met up at Ultra Body Fitness in L.A. to walk through one of the workouts he used during their prep.

Lygdbeck said that McAvoy took on the following workout twice per week in the months they had working up to the film. “It’ll give you great pulling strength and build a lot of mass in the back,” he says. “[It will also help] with movement quality and control.”