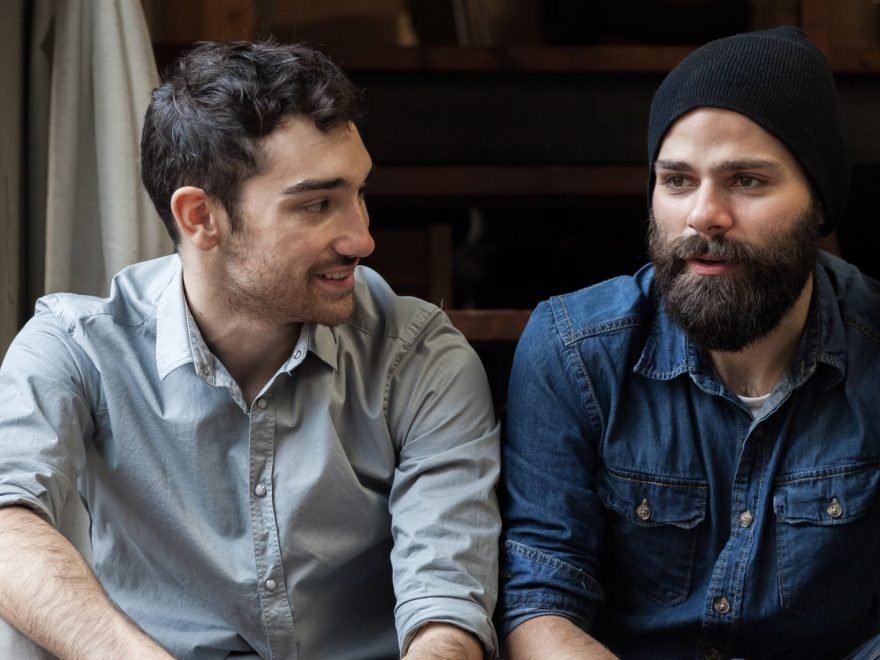 Your landlord’s invoice popped up a little sooner than expected. You accidentally rear-ended a car while parking and then returned later to retaliatory key marks across your door. You lost your job. Whatever your financial dilemma, you need money–money you don’t have, money you know your friend probably does. But asking has you losing sleep. What can you do?

“People would rather talk about their sex problems, that they need Viagra, than talk about their financial problems,” notes Brad Klontz, Psy.D., CFP, founder of the Financial Psychology Institute and author of Mind Over Money: Overcoming the Money Disorders That Threaten Our Financial Health. The reason is that money reflects social status and thus our socioeconomic tribe, Klontz says. We feel out of place if we’re the poorest or richest friend in the group, and the further we stray from the group, the more anxiety we feel. “You’re thinking: how are people going to look at me, are they not going to like me anymore? This, on a biological level, feels like a threat to your survival.”

Say: “Hey man, I need to talk to you about something pretty serious; when’s a good time to do that?” Don’t just float the question at the basketball game.

Because money talk causes so much embarrassment and vulnerability, it’s best to ask someone who’s close to you, says Klontz. But be tactful about it. Say: “Hey man, I need to talk to you about something pretty serious; when’s a good time to do that?” Don’t just float the question at the basketball game.

Don’t float the question to your richest friend either, as this might put them in an awkward position of questioning the basis of your friendship: Do they just hang out with me because I have money? The question might also make them feel ashamed or embarrassed that they have more than you.

Asking for money is, ultimately, one of those things you should try to avoid, says Klontz. Burrowing money for things like rent are high risk situations for you friendship, because recurring expenses may leave open the possibility that you’ll come back for more. Ask for these payments only if it’s a one-off situation.

When it’s time to ask, think of your friend as a bank, advises Klontz. You need to provide a clear plan on how you’re going to pay your friend back. Don’t put him in an awkward loan shark position that forces him to break your legs. Say: here’s my situation, here’s how much I need, here’s how and when I’m going to get that back to you. Timetables are important.

And be prepared for rejection. Asking your friend for money might seem like an affront to the friendship, cautions Klontz. It may be seen as crossing the line. So chose who you ask wisely and have a clear repayment plan mapped out.

“If you’re going to loan money to a friend, you should ideally be in a position, mentally, where you’re okay never getting that money back.”

What if you’re the friend being asked for some dough?

“If you’re going to loan money to a friend, you should ideally be in a position, mentally, where you’re okay never getting that money back,” says Klontz. You have to be okay with them mismanaging that money, or your giving it to them and then seeing them the next day with a new pair of shoes. If you anticipate an action like that upsetting your friendship, don’t loan them the money.

If you do say “no,” don’t make it personal. Make it about your situation, not theirs, says Klontz. Make excuses. Say: “I can’t right now. I’ve got some payments to make. I don’t have spare cash.”

And if you have a friend who constantly asks for cash? Well, then maybe it’s time to have a different conversation, one that entails them getting their act together, says Klontz.

“Sometimes being a good friend means calling them on their shit.”