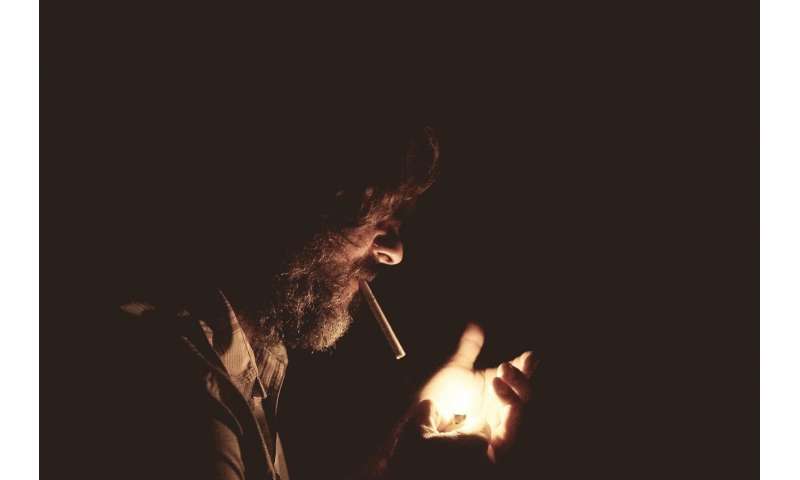 The U.S. Centers for Disease Control and Prevention recently reported that cigarette smoking reached an all-time low in 2017, with just 14 percent of Americans still indulging in the habit. However, despite the promising downward trend in smoking’s popularity, it remains the leading cause of preventable death in the U.S., accounting for an estimated 480,000 deaths every year.

available over the counter could help to reduce the rate of smoking even more.

“Tobacco addiction is a hard addiction to break because even though there are far fewer people smoking than there used to be, it’s a legal drug and it’s a very addicting substance,” said Leischow, who co-led Cancer Prevention and Control at Mayo Clinic Cancer Center before joining ASU in June of 2017.

And it’s fair to say he knows what he’s talking about. A former smoker himself, Leischow kicked the habit and went on to serve as senior adviser for tobacco policy in the U.S. Department of Health and Human Services, chief of the tobacco control research branch at the National Cancer Institute of NIH and editor-in-chief of the journal Tobacco Regulatory Science.

With funding from the NIH, Leischow has begun the first-ever study to look at the potential of offering varenicline as an over-the-counter smoking-cessation treatment. The study is expected to last about three years, and participants are still being recruited.

ASU Now spoke with Leischow about the reasoning behind his argument and asked him to address some smoking myths and offer his opinion on the use of e-cigarettes as a smoking-cessation method.

Question: What is the most effective treatment for tobacco addiction?

Answer: There are different medications on the market right now that are FDA-approved for smoking cessation and, unfortunately, sometimes we treat these medications as if they’re all the same—but they aren’t. They have different levels of efficacy.

So one point of my commentary is that those who are helping others quit smoking should focus first and foremost on the evidence of what works best. And what works best is one of two things: varenicline along with behavioral counseling or a combination of nicotine-replacement products, such as a nicotine patch combined with nicotine gum. Varenicline is the single most effective medication for smoking cessation. The combination of replacement products is comparably effective, but you have to use both to get a comparable outcome.

Q: Why are you arguing that varenicline should be made available over the counter?

A: It’s not typical for smokers to make a serious attempt to quit every day. They may try one day, then again six months later, then again in a year. Since people make serious quit attempts infrequently, it’s important we offer them the best treatment options available. Given what we know about the safety of varenicline, this is a medication that we should consider offering over the counter, because the more people who have access to it, the more likely they are to use it to quit smoking. Of course, you’ll want to include behavioral counseling on top of varenicline.

Q: Are there health risks associated with varenicline and nicotine-replacement products?

A: The main side effects of varenicline are nausea and sleep disturbance (difficulty staying asleep). Those same kind of effects can occur with nicotine-replacement products, especially if you do a combination of them. But if a person is a smoker, the most important thing they can do to preserve their life is to quit smoking. It’s still the leading cause of preventable death, and there are ways they can be helped to quit.

Q: Is it true that cigarettes are more addictive today than they were 50 or so years ago?

A: Tobacco companies have learned how to manipulate the nicotine content in cigarettes, so there is evidence that nicotine content has increased over time. Companies have learned how to change nicotine delivery. By changing the pH of tobacco, for example, you can change how much nicotine is delivered per cigarette, even if you don’t change the amount of nicotine in each cigarette. Essentially, cigarettes are extremely complex products that are a result of really effective chemistry modifications intended to give them the greatest impact possible.

Q: Is there any solid evidence to suggest e-cigarettes are a viable smoking-cessation method?

A: It’s a really important question because we know that many smokers are trying e-cigarettes to quit, and some people have been successful. The challenge is that we don’t have the science to support that yet. There are some studies underway to investigate this, and a lot more are needed.

The general recommendation is for people to focus first on what we know works, based on the best evidence, and that’s varenicline or a combination of nicotine-replacement products. There are some organizations, like the American Cancer Society, that say, “If you’ve tried all these other products or you won’t use a medication, then it may be worthwhile trying an e-cigarette to see if it helps.” So that’s up to the individual. The important thing is they need to know that we don’t know everything that is in those products and we don’t know if it’s really going to help them quit. There just isn’t as much science behind e-cigarettes as these other FDA-approved products.